What A Difference A Body Makes!

My all time favorite Graphic Language Adele, who originally came on a straight arm body, now has a new life. Paparazzi Darling Adele was the FR2 body donor.
In the first two photos, Adele is modeling a perfect satin-trimmed black shirtwaist Randall Craig dress. The top is slightly large for her but it looks beautiful IMO. Her handbag is FDA. 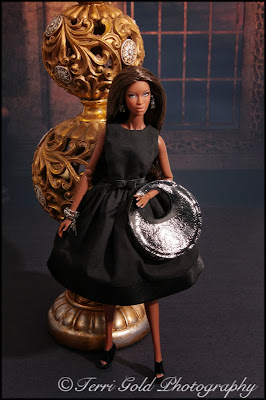 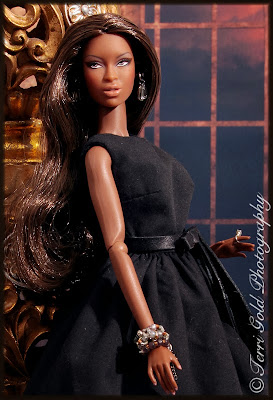 I went looking through my photo archives for prior shots of GA Adele. She was gorgeous on every body. I've had more than one GA Adele. You know how it is, don't you? You buy, you sell, you buy again. The doll in the purple and green dress is a different one from the one I have now. The one is red is the same gal on her original body. 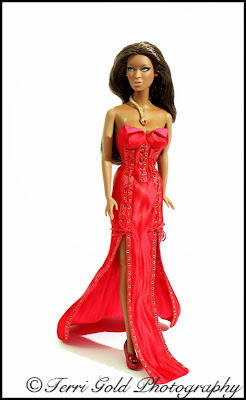 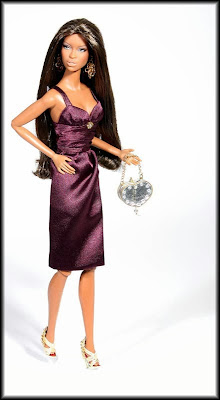 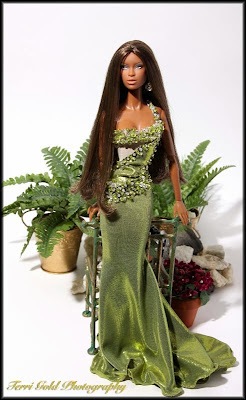 She never made it onto the first articulated body apparently.


Do you have any dolls that have been transformed by a body switch?

This email from Superdoll just arrived. Are the grammar and spelling mistakes intentional? 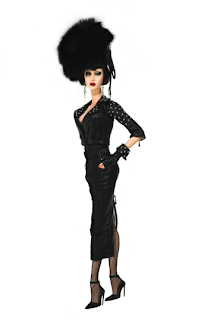 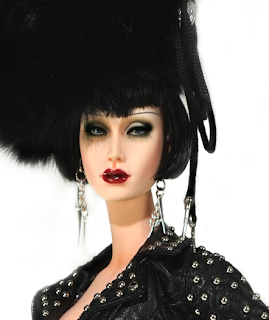 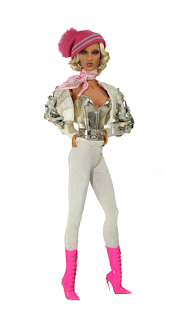 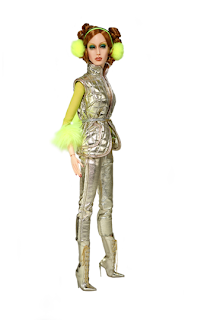 Rush right over and buy a few.
http://www.superdollonline.co.uk/acatalog/DOLLS.html

I think Madame V will sell out very fast. She's the one I would buy if I were buying.

The Avatars Are Coming!


After a very long wait, Tonner's Avatar figures will begin to ship on December 9, 2013.
At first the price seemed incredibly high but when I thought about the size and the fact that they are resin BJDs,  I realized that the price fits right in and may, in fact, be lower than similar dolls.
While fashion doll collectors may brush these off, I can see that there could be a market amongst the movie lovers.
Here is the announcement for those who did not receive it directly:

Well, they're finally here!  We're super excited about the Avatar Collection and are pleased to announce they will be available and shipping beginning Monday, December 9th.  For this very special debut, there are only 20 sets available that will ship prior to the holiday, and the remaining balance will be available to ship in January.  Additionally, you'll be able to buy Jake or Neytiri individually in January as well.  The collection is available at $1500 and each doll (available in January) will be $799.99.
Bring a slice of Pandora home with this masterfully crafted Avatar Collection, featuring Neytiri and Jake.  Constructed of the highest quality resin, completely ball-jointed for countless posing options and hand-painted so each is perfectly unique, this long-awaited collection is an absolute must-have for any film buff. Featuring authentic costuming from the film, many points of articulation, including the tail and an impressive height of approximately 22", The Avatar Collection is an incredible representation of what has made this film great. 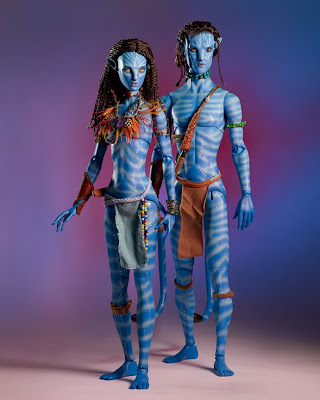 In this video, Robert talks about the process.

News in the BJD World

Modsdoll is offering unpainted, nude dolls with the Miao sculpt beginning December 6, 2013. The cost is $350. plus postage. To the US, postage amounts to $48. via EMS, which is the only option. 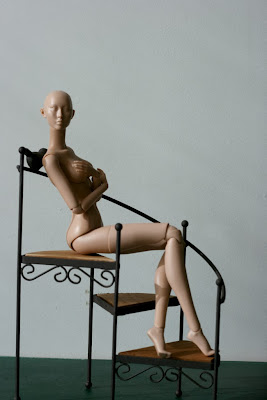 Ficon Doll has released a new dressed doll called Jeanius. She is LE 30 and lists for $699.
Postage to the US amounts to $45.

Enjoy these photos by Alexandra Forbes. 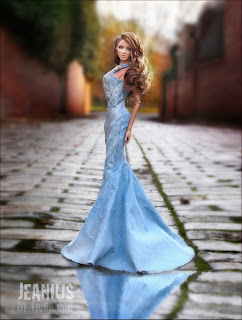 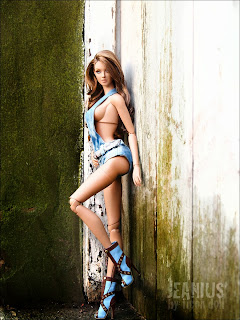 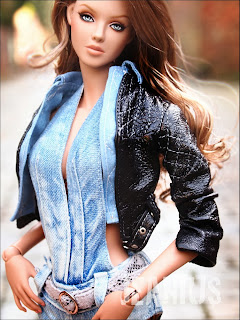 Superdoll  held a Black Friday sale and from what remains on their site, it seems to have been a less than successful event except for several items that had been hanging around for a very long time. The current Monoglam collection has been fairly unpopular judging by the fact that everything was still available as of Friday including all the dolls and all the outfits in the line. Velvet (dressed in pink) is now sold out and the Flutterby fashion is sold out. (That fashion may have been sold out previously. )
I have not been collecting Sybarites long enough to know if this is the first time they have put the current collection on sale.  It's pretty upsetting to buy a doll or an outfit at full price and to see it go on sale within the year. For example, Marl & B sold their exclusive Sybarite Neurotica for a whopping $820. plus postage in July of 2012. A few months later, they dropped the price about $200. This past weekend they sold out at $499.
I love my Sybarite dolls but this, combined with the defective dolls I've received, has made me very wary of going forward with purchasing directly from the manufacturer or dealers with exclusives.

Kingdom Doll  is a new 16" resin BJD designed in the UK. Her sculpt looks beautiful.
So far they are on Facebook and Flickr. Perhaps a website will follow. Look for the first official teaser ad in FDQ's Holiday 2013 digital issue.
These photos are from their Facebook page. 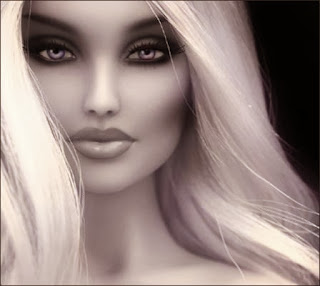 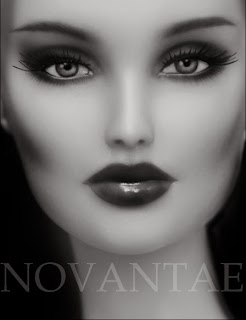 Here is a statement from their page:
Here at Kingdom Doll we are very excited to finally be presenting  our miniature fashion models to the doll collecting community.  The schedule of the year ahead has beenmeticulously planned and we are certain you will not be disappointed. Expect to see a variety of stunning 16" models, starting with our debut sculpt Novantae and continuing later in the year with the introduction of some of her friends (yes there will be more than one sculpt).Kingdom Doll aspire to be more than just a line of beautiful faces, creating a buildable and eminently wearable wardrobe of statement pieces, classic investment garments, hot runway looks and neutral colored essentials.Along with some truly amazing accessories, shoes and bags, Kingdom Doll wants to give the collector a doll line they can feel invested in.

Did you shop today? Apparently one did not have to wait until today for Cyber Monday. On many doll sites it began Friday. I did a little damage myself over at Wilde Imagination. I purchased one item I've wanted since it came out, Reflections of Beauty. The dimensions of this gorgeous mirror are 20-1/2" high by 8-1/2" wide.  With the 20% off and free shipping, I felt it was time for this piece to come home. 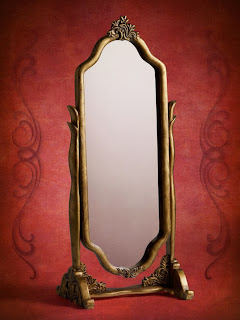 An exclusive straight out of Evangeline's attic! This Victorian-inspired mirror features a wood/resin ornate golden frame, sturdy base, and reflected mirror, and is the perfect place for Evangeline to admire her newest creations.

If you're  familiar with Tonner's product you will agree that every piece of furniture, every prop, has sold out and gone up in value over the years. If only the dolls could perform similarly.

Another purchase was this adorable Ellowyne outfit called Cold Comfort. I wasn't the only one who bought it this weekend because it's now sold out. 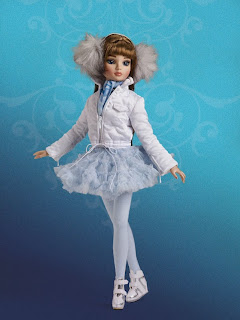 As if this weren't enough, I also bought Dreamstate Evangeline. I haven't had an Evangeline in a long time and I've never had one with the updated body. I still have several outfits from my long gone EG's so this gal will have plenty to wear. 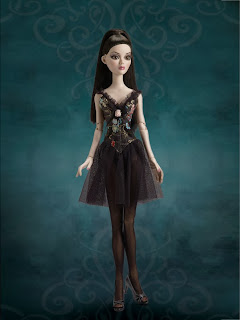 She comes dressed in a beautiful one-piece outfit with a brocade top with a flower and ribbon decoration, tulle skirt, and matching panties, stockings, and designer shoes. It's the perfect look for writing in her diary - or preparing a 6-course dinner for one!


And today I saw this little darling Patsy outfit called Blustery Day. Luckily, I do not collect these little dolls but if I did, she'd be displayed right next to Ellowyne in her new winter outfit which looks to be the perfect companion! 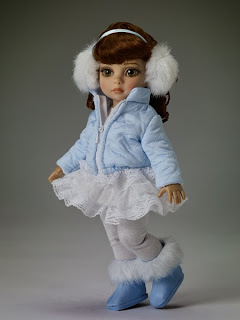 If you care to check out the products which are still on sale here are the links:
Wilde Imagination
Tonner Doll
Posted by Terri Gold at 12/02/2013 08:21:00 PM 4 comments: Links to this post