I am writing this post during the confidential period. Shhhh! Don't tell.

On July 18, the "2013 Christmas in July Unveiling" by the W Club featured dolls I do not collect, namely Jem and the Holograms, Poppy and Chip, Teen Poppy and Victoire Roux.

The Jem and the Holograms line debuted three dolls who were known as The Stingers in the cartoon. If I were a fan of this line, I'd consider ordering these three because I think they are the coolest so far. I like their outfits and faces. 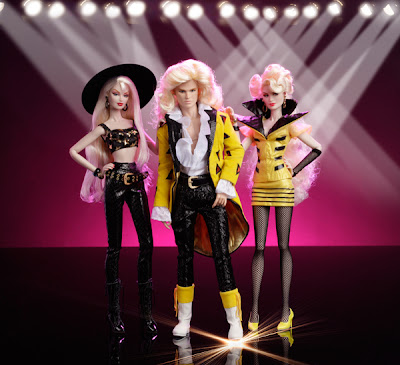 The Barefoot in the Park stars Poppy as Corie Bratter and Chip as her husband, Paul.
For those who like the youthful Chip, this one might be a winner. Poppy looks a bit haggard.
The clothes on the prototypes do not have the appearance of quality construction. Chip needs some serious shoulder pads and a better fitting shirt. 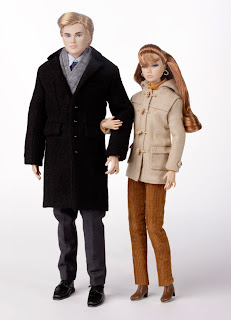 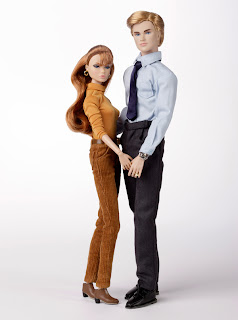 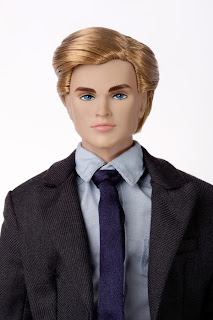 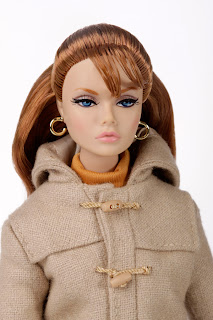 The gift set in which only Poppy appears has three ensembles, each of which comes with a coat and none of which I find attractive or necessary to own. But that's my taste. Poppy is pretty. I like the updo. 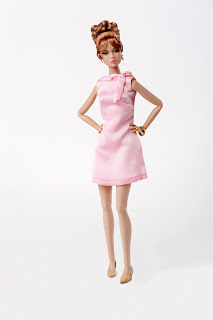 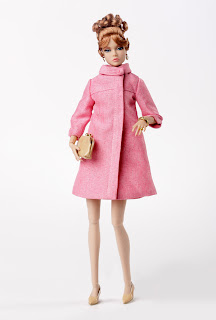 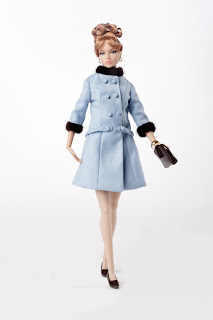 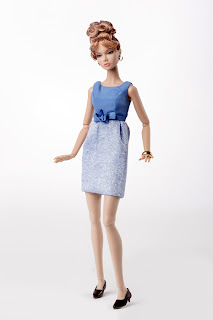 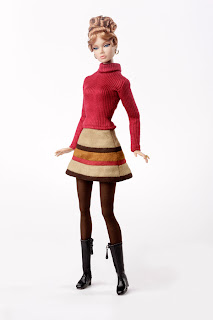 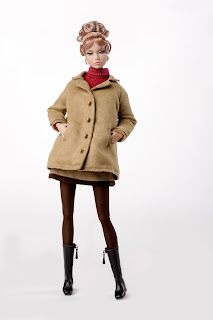 And then there are the Fashion Teen Poppy dolls. I do not like this doll's face at all. You can pick her up by her lips. 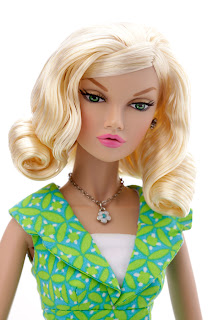 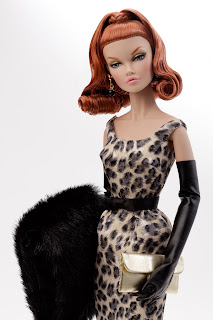 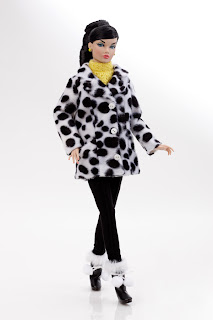 Out of the four new Big Poppy dolls, the following one is wearing a lovely, sophisticated outfit. It comes with a red hatbox-type handbag which is not shown in this photo. If this outfit were available separately, I would buy it for another doll. 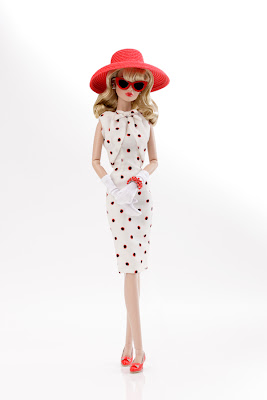 The last doll was a Victoire Roux offered as a lottery.
I like the jacket and the hairstyle but the skirt does not lay properly. 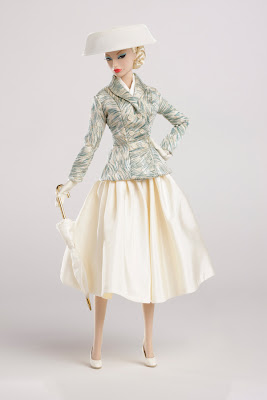 Much of the commentary from collectors involves the word disappointed. These people were hoping to see offerings from the NuFace line or just didn't care for anything.


What was your reaction? Did you order anything?

I am quite fond of the Precarious sculpt. Tamed sports a glue-on wig that may or may not be switched eventually. That's if I ever get around to playing with the dolls I already have instead of accumulating new ones. I am getting better...I think. Chuckle. Chuckle. 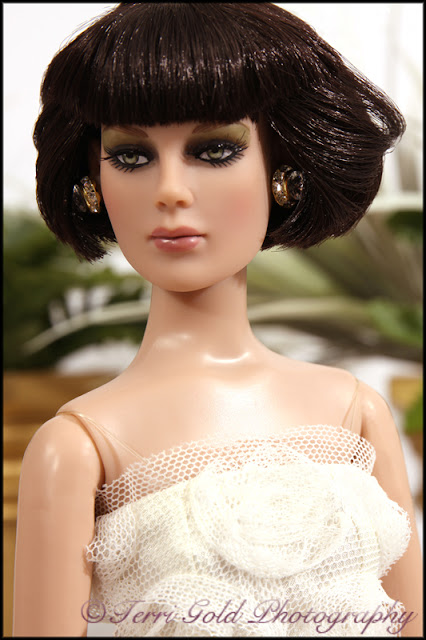 Excuse the inane title of this post. I'm in the confused zone about Integrity Toy's announcement made yesterday.  Here is a brief synopsis of what was issued:


The last major update of the FR body happened in 2006 and after careful consideration, the entire Integrity Toys team felt that another upgrade was long overdue. With this said, we are excited to announce that starting with the 2013 Convention Collection, the regular articulated Fashion Royalty body will effectively start to be retired and will be replaced by a newly refined version of the FR: Squared (FR2) body!

Since we love to mix things up, also starting with the convention collection, the core Fashion Royalty brand and its spin off FR: Squared will be unified as one.

All characters from FR and FR2 will show up in the new FR line and Monogram dolls are going to be discontinued. In 2014 there will be refreshed Nu.Face and later, Homme bodies.


The renovated FR2 body will be compatible with all FR2 clothing manufactured so far and some of the older garments as well, although not all (the Classic Tall Body torso shape and the FR2 torso shape are a little different).*

*At the convention prior to the introduction of the tall FR body, Jason Wu was asked about compatibility of the new body with existing clothing and shoes. He said they would be compatible. I heard him say that myself. It turned out to be untrue.

Does a "newly revamped, more unified visual image" mean that everything will look even more like everything else?

Like every other company, Integrity Toys is in business to make money. Their refusal to offer replacement bodies is detestable. They are well aware that bodies have yellowed due to some chemical defect in their makeup. It is their fault for not correcting the issue with the factory. Collectors are willing to shell out money for replacement bodies and they are forcing them to either live with the ruined bodies or spend more money buying dolls just to get bodies.
What is their big fear regarding offering bodies for replacement? Tonner has been doing it for years. They're not out of business. It's no big deal.  It doesn't require fancy packaging or marketing.  Refusing to comply with collectors' needs is downright stupid and greedy. Their cheerleaders are touting their innovation and thanking them for each and every doll that appears and yet, they are not trying to make collectors happy. They are just trying to make money which reminds us again why they are in business.

The FR2 body was innovative for a 12" vinyl doll. They certainly charged enough for their innovation. I'm guessing they have found a way to lower the manufacturing costs. The hip joint can definitely be eliminated. Something will change.

I don't care about the elimination of the FR tall body or the Monogram line. I have enough. I've been selling off my extras.

Finally, they have come up with a new logo. I usually applaud Alain's designs but this one is very ordinary. The backwards F inside the box...does it mean the company is backward and forward looking at the same time? I can understand that.

I love the crown logo. It made a lot of sense with the brand. It carried meaning. But just like everything else, it's disposable.

What was your reaction to this announcement?