The Tonner Convention began today. I'll be following along as each event is being photographed and videotaped thoroughly and posted on the Tonner Direct Facebook page.
You can join the fun virtually by checking this link often to see the pictures of the people and the dolls.

This is the logo for the upcoming Third Italian Doll Convention. The dates are May 25-26, 2013 in Milan. 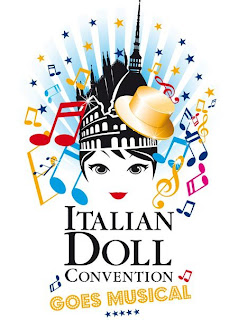 There will be a Monster High Event! Can you read Italian? 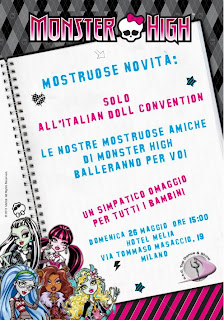 There will be a huge salesroom with the likes of Magia2000, Fashion Doll Agency, Ruffino Francesco, Inika for Blythe, Laurence Bellet and many, many others.

The popular Fashion Show takes place at the Gala Dinner. Guests are invited to participate by wearing their favorite Barbie or Ken outfit and to bring the doll along with them onto the red carpet.  The theme is IDC Goes Musical which should give participants a direction for their choices. I would love to see that!

Possibly the most important aspect of this event is the money for charity which will be raised. This year they have chosen Casa Oz.  www.casaoz.org

Charitable donations of magnificent dolls and in two cases, handmade wigs, have been posted on eBay for auction.

My favorite is from Superdoll. It is a OOAK Sybarite doll called "Gladrama." If I know Sybarite collectors, the sky's the limit as to how high the winning bid for this doll will be. 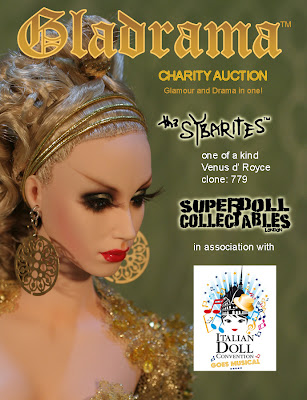 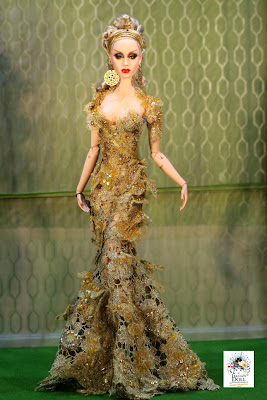 I like the Fashion Doll Agency "Sophia."  She comes with the complete fashion collection from the Noir line. 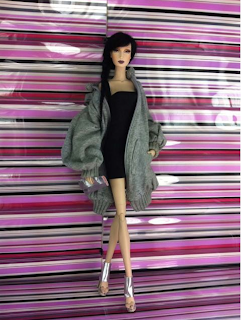 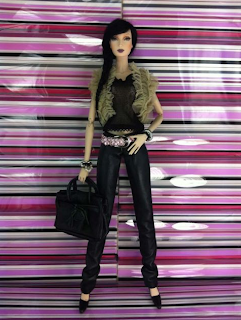 From the NY Times, here is an article that the majority of us can probably identify with in some form.  This is worth reading and the short video posted at the end of the article is very interesting to watch.

Ten years ago, when my mother was in the throes of dementia, I left New York, bought a home in North Carolina near my brother, and moved her in with me.

Jo Maeder is the author of “When I Married My Mother” and “Opposites Attack.”

The owner of DollObservers.com, Simon Farnsworth, interviewed me and the results were published today. Here is the interview:

For most of you, our latest member to be featured in an interview needs little introduction. For Terri is possibly one of the most prolific and well known fashion doll bloggers on the Internet, with her blog Collecting Fashion Dolls by Terri Gold. I'm sure all of us at one time have read one of Teri's insightful reviews or been in adoration over her stunning photography. So it was a special treat to see that Terri become a DollObservers member and even start a group dedicated to her blogging pursuits.
Recently Terri also kindly agreed to an interview, giving us a real insight into her creative process, collection and life in general. I hope you enjoy it!


DollObservers: What made you join Doll Observers?
TG: I had seen it on Facebook and I think a specific doll was featured that interested me.

DollObservers: When did you start collecting/playing dolls?
TG: I began playing with dolls as a child. My first dolls were Toni, Little Miss Revlon and Ginny. By the time Barbie hit the scene I was outgrowing dolls and I never got involved with them. Many, many years passed during which I did not play with or collect dolls but I never got tired of little things. I built scale model furniture and created rooms - which I still have - although some of my dolls have now stolen items from those miniature rooms.
My first experience with a Barbie doll ended badly. She was a skier. (Ski Fun Barbie?) My young son got a hold of her and brushed her hair. She looked awful after that and I threw her away. One Halloween weekend a bunch of years ago, my husband and I were in Manhattan for a photography convention at the Javits Center. While wandering around Toys-R-Us in Times Square and I saw the Bratz dolls. I don’t know why they appealed to me so much. I started collecting them. I discovered a Bratz group on Yahoo. From there I found other doll groups and doll boards, one of which led me to the Tonner Doll Company. The wild coincidence is that I lived only 11 miles from Tonner’s offices. I went to what they called a Trunk Sale and bought my first Tyler dolls. I had already been buying Tiny Kitty dolls. The doll doctor, Noreen, predicted that there would be no going back. Who knew she was right?

DollObservers: The dolls in my collection:
TG: The most numerous dolls in my collection are from the Tonner Doll Company. I have a very large collection of Tiny Kitty dolls, their furniture, cases and props. My other Tonner dolls are the 16-inch Tyler types and Antoinette dolls. I love Tonner’s fashions and often buy back items that I sold years ago. I can gaze at my showcases every day and not get tired of the dolls inside. The next largest group of dolls are those manufactured by Integrity Toys. I had at least 100 of them at one time but in the last three years, I’ve whittled them down to my very favorites.
I got into Gene for a while and currently have a nice selection. I love props and the Tonner Doll Company and Ashton Drake have made wonderful furniture for the 16 inch dolls. It takes up a lot of room but it’s worth it.  I have a lovely collection of Silkstones and Madame Alexander Cissettes. The Monster High populates a big shelf and there are several boxed vinyl Barbies. I have a few big Cissy dolls and a collection of Somers and Fields Daisy and Willow dolls. Rounding out the collection are my resin BJDs. They range in size from 4.5 inches to 17 inches and are from different manufacturers namely Soom, Fairyland, Jamieshow, Ficon and Superdoll.

DollObservers: You write an incredibly successful fashion doll blog. What made you start the blog and what is it that you most enjoy about owning a blog?
TG: I just looked back at my first post, which was 10/20/06. It shows two pictures of the first re-root I ever did and was written during the Fashion Royalty convention, which was held in Baltimore. I suppose I needed to connect to the doll world in a more complex way than just being involved on doll boards.
Two years later I moved the blog from Yahoo to Google Blogger so there are two dates on those early posts. Approximately a year ago, I changed photo servers and many of the images on the blog are blank. Other than the work involved in ‘housekeeping’ a blog I like being able to do research and give background information on dolls. For a few years I did a popular weekly “Photo of the Week Award” in which I featured a great picture and the collector who created it.
One of the best things about writing a blog is the people who write to me - usually off the blog - about all sorts of issues. It’s amazing who’s out there and the feedback I get is really great. I love it. According to many people I am the only blogger who is willing to tell the truth about certain products. This has also created a group of haters. Do you know what they say about how to start an argument? Post an opinion.
Having written for so many years has created a wonderful diary. I do recommend it.

DollObservers:  Any tips for members who might want to start their own blog?
TG: Make it personal but create boundaries; it is the Internet and your personal family issues, economic situation and very personal problems do not belong in a blog.
Put yourself into the blog with your opinions and feelings. Give people a reason to keep coming back. Develop a style uniquely yours. Be a reporter and develop a certain distancing diplomacy because if you are honest and post opinions the haters will come out of the woodwork. Don’t slander people and don’t break the law. Post great photos and edit your own to show only one or two of the same doll. It is unnecessary to post 10 pictures of the same doll in slightly different posts. Pick the best and store the rest.

DollObservers: Your doll photography is phenomenal. What top tip do you have for budding doll photographers?
TG: Read your camera manual. Put your camera on a tripod if your pictures are out of focus. Comb your dolls’ hair. Simplify the settings. There are many how-to pages on the Internet. Read a few.

What does your family make of your love of dolls?
TG: My husband is very supportive. He attends conventions and other doll events with me. The young children in my family love the dolls. The rest don’t care. The only questions I’ve ever been asked by a family member is, “How many dolls do you have?”

DollObservers: Other than playing with dolls what else do you do to relax?
TG: Yoga, gardening, reading, cooking and TV. We’re a few months into a new home so there is a load of stuff to do. It’s not exactly relaxing but it’s necessary.

DollObservers: Lastly how would you describe yourself in 3 words?
TG: Irreverent, hungry and fun-loving.