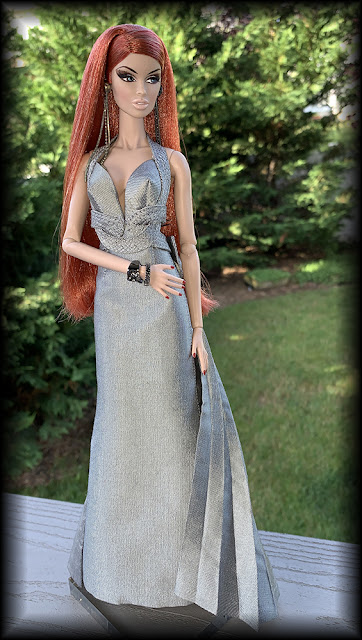 Vanessa "Shock Bonbon" 2004
This Vanessa was the first ever produced by IT.
Wearing "Lana Turner" gown 'Just Brilliant' 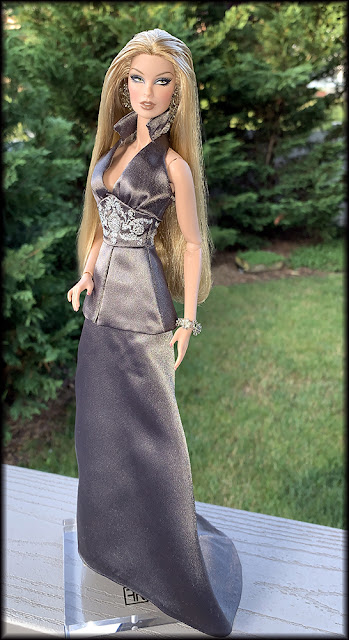 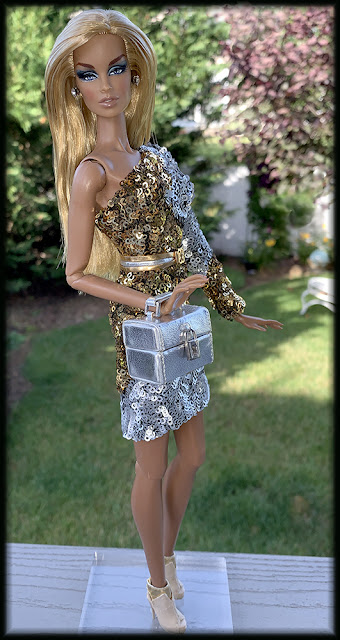 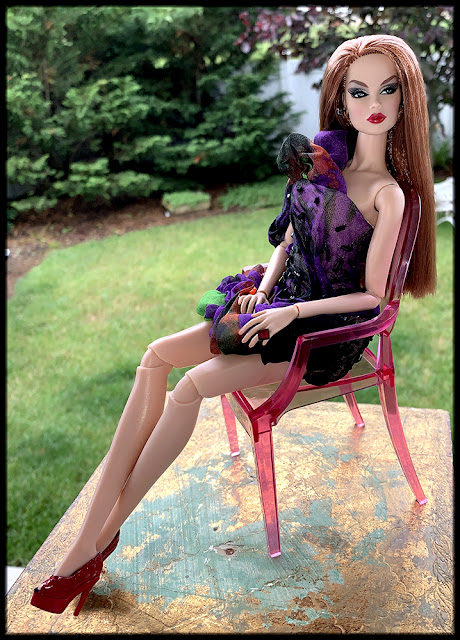 Vanessa "Going Places" 2007
Never redressed.
This was the convention souvenir doll that year. 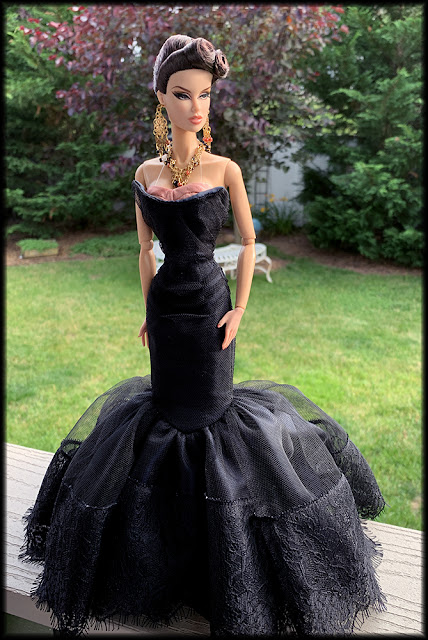 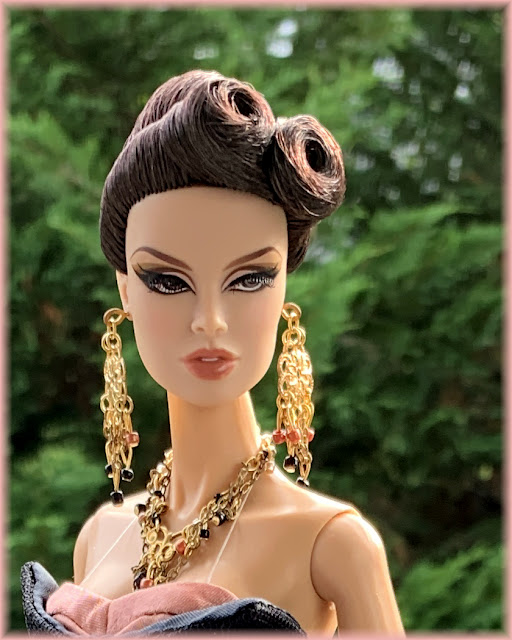 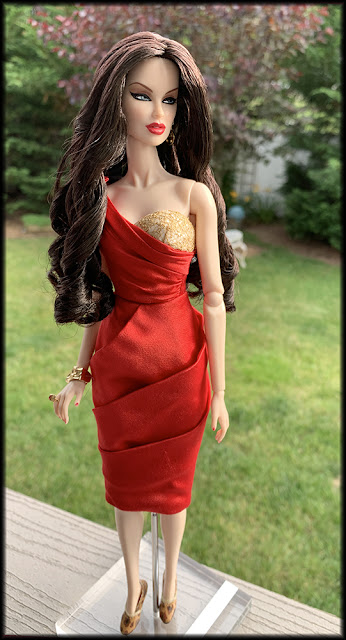 The original doll was highly sought after. Back in 2009 $245. (¥26250.00) plus postage from Japan was a goodly sum and there were only 300.
I was lucky in those days and got pretty much every doll I wanted either through lotteries or my dealer. 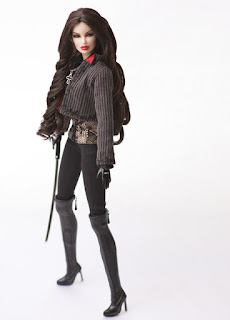 
Vanessa "Aerodynamic" 2009
I have two of these dolls. This one has been rerooted. She is wearing a gown by Antonio Realli. 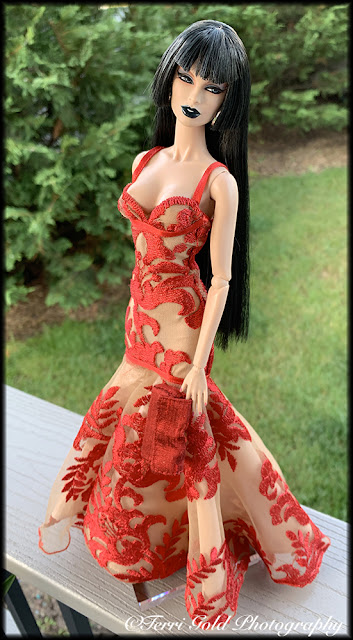 Vanessa "Aerodynamic" 2009  II
She is wearing an RnD fashion.  I crimped her hair and had her repainted by Vin Trapani. I love both of them! 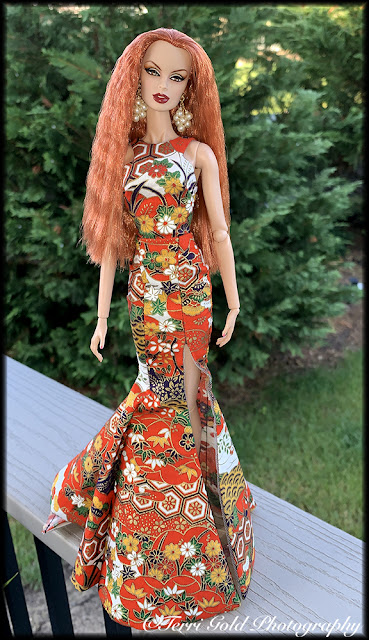 This is the original Aerodynamic Vanessa. 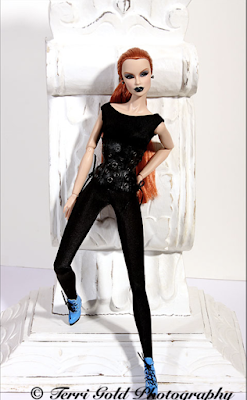 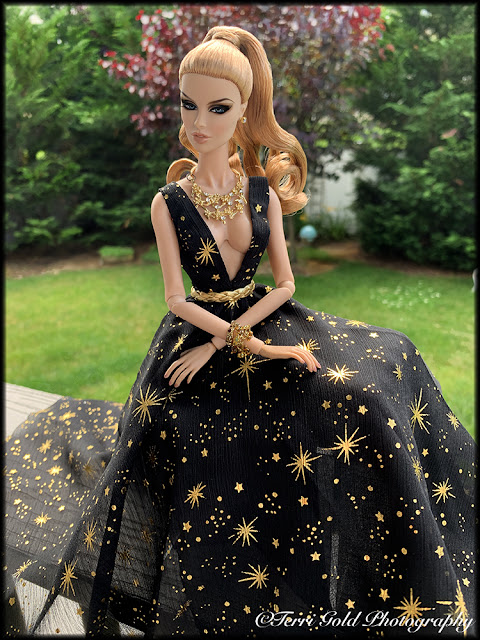 Vanessa Reroot. May have been "Shirred Not Shaken" 2008
Wearing fashion from Jasper "Malicious" 2011 (Nu-Fantasy) 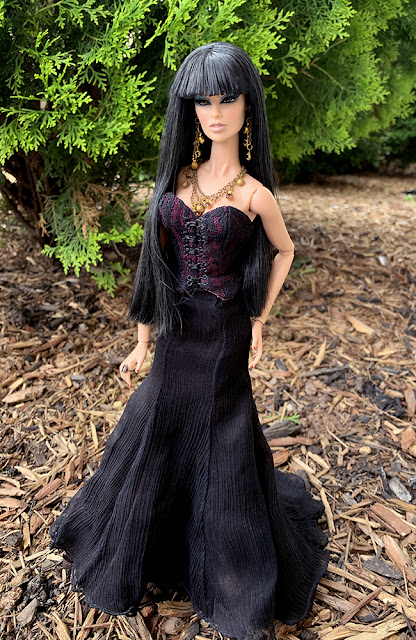 Here is the original Shirred Not Shaken: 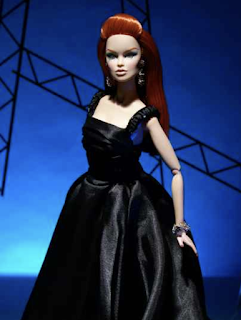 Here, I was already getting fed up with her odd hairstyle: 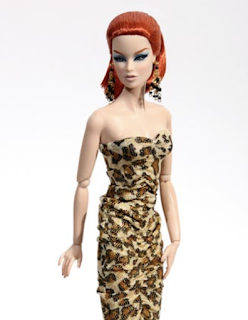 Vanessa "Luxe Life" 2009
She is one of the very few dolls I own who has never been redressed. 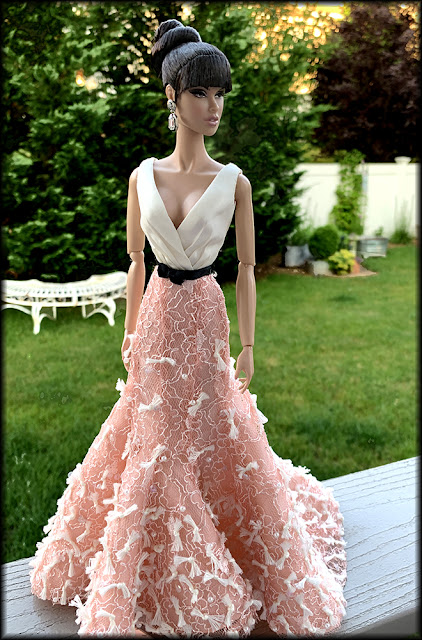 The unwelcomed, surprise sculpt change for Vanessa began my detachment from collecting Integrity Toys. I no longer collected my treasured Vanessa dolls and virtually stopped buying any Fashion Royalty dolls for a while. Many of us called the new sculpt "Fauxnessa."

Fauxnessa aka "High Point?" Vanessa 2012
Wearing an artist's design (I forget who.) 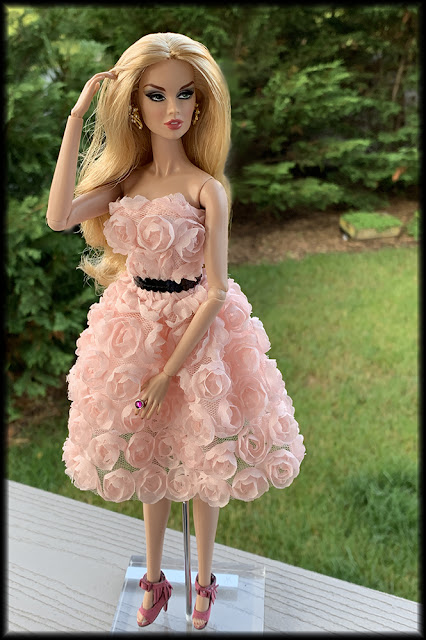