After a While, They All Start To Look the Same 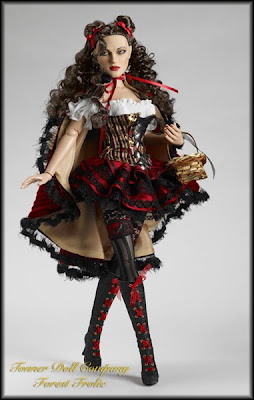 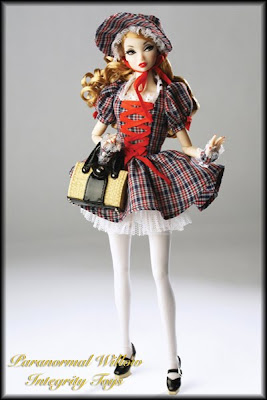 I admit that I didn't know the store called Jeffrey until Jason's Amanda LePore dolls were released. Guessing that I'm not the only challenged fashionista who collects fashion dolls, I will tell a little about Jeffrey's here. First of all it is located on the west side of Manhattan at 44 W. 14th St. near the Hudson River in what is known as the Meatpacking District. In 1900, Gansevoort Market, as it was called, was home to 250 slaughterhouses and packing plants.
Prior to the 1990's, the area contained an unsavory mix of sex clubs, drug dealers and prostitution. Many of the clubs are said to have been Mafia run.
Beginning in the late 1990's the Meatpacking District went through a transformation. High-end boutiques such as Diane von Furstenberg, Christian Louboutin, Alexander McQueen, Stella McCartney, Rubin Chapelle, Scoop, Theory, Ed Hardy, Puma Black Store, Moschino, ADAM by Adam Lippes, Jeffrey New York, the Apple Store, and CALYPSO by Christiane Celle, custom home furnishing boutiques such as Establishment, restaurants such as Pastis and Buddha Bar, and nightclubs such as Tenjune, One, G-Spa, Cielo, APT, Level V, and Kiss and Fly, all have recently opened in order to cater to young professionals and hipsters. In 2004, New York magazine called the Meatpacking District "New York’s most fashionable neighborhood".[Wikipedia] In other words - trendy and very expensive.

Jeffrey's is celebrating it's 10th year in business. Here is a link to an article about the origins of the store and some information about Jeffrey Kalinsky himself:
Article from The New York Observer, April 4, 1999

Kalinsky recently sponsored a "fashion-in-miniature" project in which more than 50 designers participated. The dolls used were the Monogram sculpt. They were dressed by the designers and went on display last August. Bidding is going on until September 17th and the proceeds will go to charity.

Patriciann aka The Cottage Couturier, posted this picture of the doll she purchased at Jeffrey's on 9/11. It's a Jason Wu Monogram doll wearing a version of one of his designs. The doll is called Blue Chip. 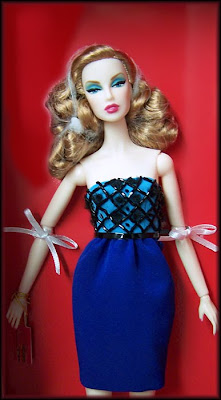 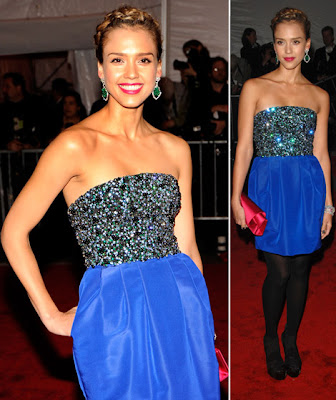 It seems that the doll's dress could have used better detail in the area of the waistline. At $175 per doll...one expects details like that to be included. To date I think the only Monogram doll that nearly pulls off Jason's 'fashion from the runway look' is the first one that was done for Colette in Paris. http://terrigoldphoto.blogspot.com/search?q=colette.

Update on "A Woman of Means" Adrian Fashion

I changed the doll wearing the fashion to a full bust Tonner body Mera. She looks much better in this ensemble than Gene did several posts below. The waist of the skirt is still on the loose side, however. Mera looks gorgeous - even with her sea green nails. 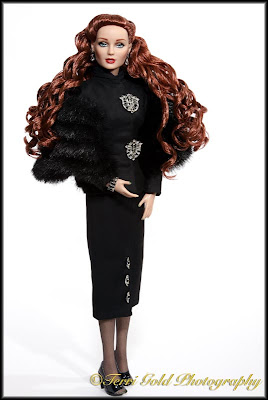 A new girl has joined the tribe. She is a FairyLand tiny (11cm) BJD. This particular one is called Madeleine. I wanted Lily but I couldn't wait to get one from Korea so I ordered an 'in stock' doll from Denver Doll Emporium.
I was in love the minute I opened her box. The articulation is fantastic and she is very easy to pose. There are fourteen different faces available and they're all precious.

One has a cat face and is called Pukisha. 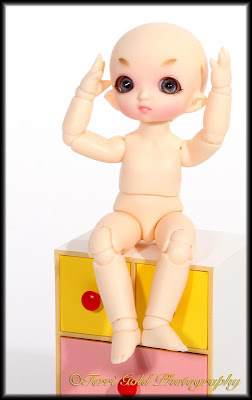 The chest Madeleine is perched upon is from a Re-ment "Bringing up Baby" set of miniatures. This particular set is scaled perfectly for the Pukis. 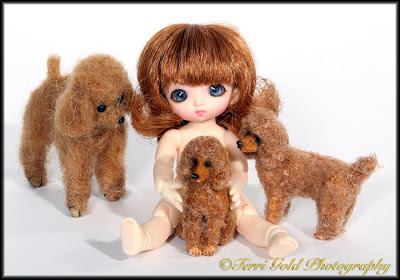 In the above photo, the doll is wearing a cute wig that I had purchased for my Orientdoll So. Right now it's the only wig I have that fits well. The two smaller poodles are 1/6 scale fuzzy minis purchased on eBay and the larger poodle is a custom-made needle felted item. 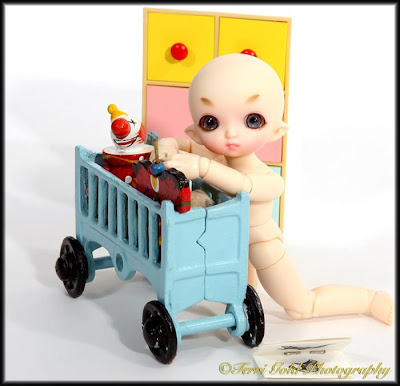 Madeleine is checking out the toys in the wagon. I snatched these items from a 1/6 scale room box I made about 30 years ago. I think that room will be her new home. 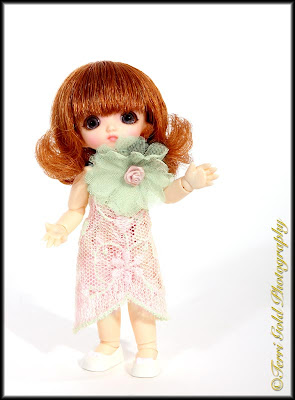 The dress is a bit of lace pinned in the back and the flower is on a wire stem wrapped around her neck. The original colors of these items were beige but I Photoshopped them.
_______________
Denver Doll Emporium deserves very high recommendations on their customer service. They answer emails quickly and ship the same day depending upon the time you pay for your order. They do not overcharge for postage. What else can you ask for from a dealer? They have a limited supply of in-stock items from FairyLand. Most items are pre-order and take about 6-8 weeks to arrive. A deposit of about 30% is required. When you think about the amount of money you save by buying from a company in the US (if you live in the US) it's so worth it to order from them. There appears to be a larger selection from FairyLand but I haven't asked them if everything on the FairyLand website can be ordered even if it's not on the DDE site.
Posted by Terri Gold at 9/10/2009 10:55:00 AM 4 comments: Links to this post

Sin in the City is the name of a Situation Comedy thought up by the talented Amber Park. Not only is she a gifted photographer, she makes all the jewelry and styles the dolls uber-fashionably. This image is one of several from the latest release:
Season 2: Episode 15 - Sin in the City - A Safe Place to Belong.

I hope Amber puts all of these stories together in a book one day. In addition to the pictures being enjoyable to look at, the text is funny and well written.