She doesn't look like Barbie and that's a good thing. 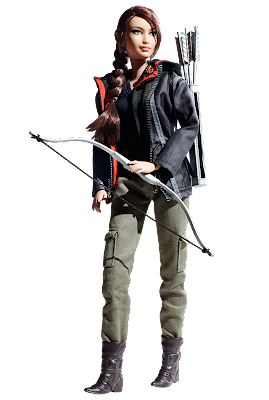 Here is the text from BC.Com:

May the Odds Be Ever in Your Favor:
Every year in the ruins of what was once North America, the evil Capitol of the nation of Panem forces each of its twelve districts to send a teenage boy and girl to compete in the Hunger Games. A twisted punishment for a past uprising and an ongoing government intimidation tactic, The Hunger Games are a nationally televised event in which “Tributes” must fight with one another until one survivor remains.
Pitted against highly-trained Tributes who have prepared for these Games their entire lives, Katniss is forced to rely upon her sharp instincts as well as the mentorship of drunken former victor Haymitch Abernathy. If she’s ever to return home to District 12, Katniss must make impossible choices in the arena that weigh survival against humanity and life against love.
Hunger Games Katniss doll wears a hooded jacket, top, and military-style pants inspired by the costume Katniss wore in the film. Included are bow, arrows, and quiver. Completing her look is the iconic mocking jay pin.

So who's ready to crash the Tonner website? I seriously hope that they will be able to withstand the onslaught of crazed collectors looking for bargains.
Beginning at NOON EDT (Daylight Savings Time in, e.g., New York) the sale will go live.  They recommend checking your log in information ahead of time and offer a phone number for assistance : 1-800-79-2107.

First Come, First Served
Items placed in your shopping cart aren't guaranteed available until you complete the checkout process.  If only a few pieces remain of a particular item and other customers have them in their shopping cart and complete checkout before you, they may disappear from your cart.
We Cannot Combine Orders
If you have placed multiple orders, we cannot combine them.  This is an automated process handled at our warehouse in PA and orders will begin shipping immediately.

The "Virtual Factory Sale" applies only to items on www.tonnerdoll.com (not items in stock at the Tonner Company Store). Please note that ALL virtual factory sale items are sold "AS IS." Some items may have dinged boxes, ripped tissue paper or are missing the outside shipper boxes. All sales are final; no returns, exchanges or order cancellations.  Cannot be combined with any other offers, and good on in-stock, select items only.

Use THIS LINK to shop tomorrow. Clicking on it now will take you to a page that says Access Denied. 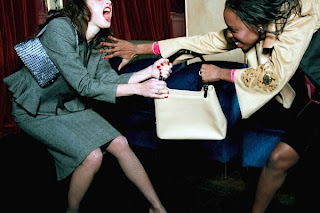 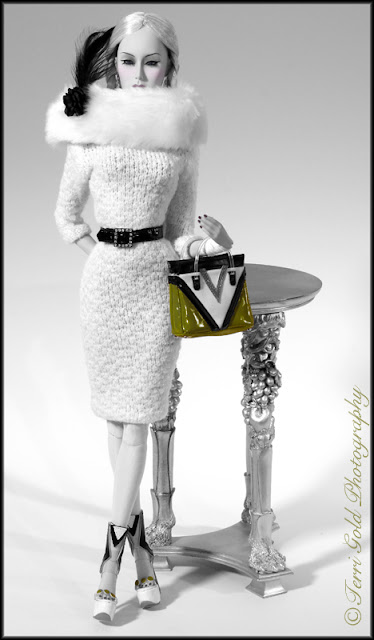 The dress and wrap Katana that is wearing are from a Monica Merrill doll. I'm thrilled that Tonner's Tyler-sized fashions fit Sybarites because their own fashions are extremely expensive.

I altered the image in Photoshop by de-saturating the entire thing and then going back in with the history brush set on 'color' to bring out the green tones. Then I colored the lips and cheeks with a low opacity brush.

As far as posing goes, I tried to create a support with armature wire but I couldn't achieve it. Part of the problem is that the shoes do not stand flat on the surface and the other problem is that Sybs are very heavy. Soooo...she's leaning on the table.

I'm falling in love with this doll. After this photo shoot I removed her wig and tried several wigs on. What a dramatic difference. Looking forward to photographing her with her new look.
Posted by Terri Gold at 4/08/2012 09:39:00 PM 2 comments: