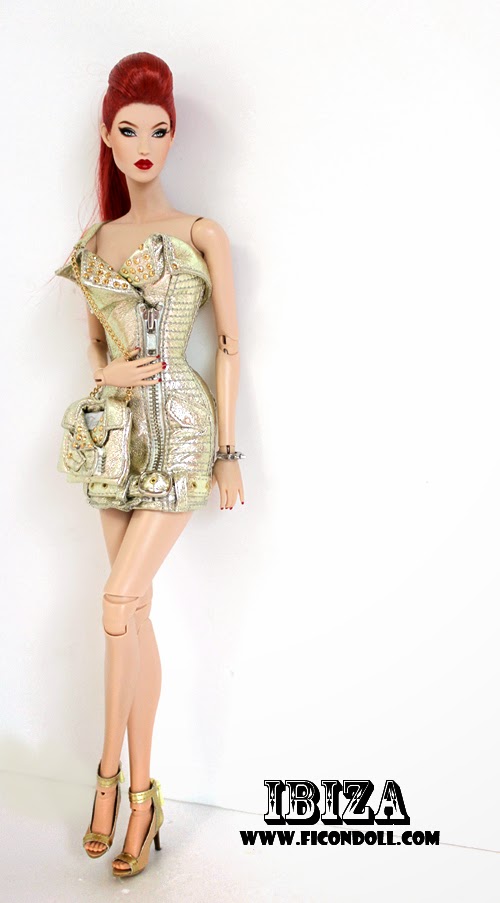 I want to get my hot little hands on that outfit as I'm currently on a 'no new doll' diet.

Ficon Doll will offer Ibiza for sale this coming week. Visit http://www.ficondoll.com/ for more information.
Posted by Terri Gold at 7/26/2014 11:38:00 AM 9 comments: Links to this post

Fashion Explorer Vanessa is one of the three optional 2014 W Club upgrade dolls and the only one I ordered. Apparently I can't shake the Vanessa addiction completely. She was $130 plus postage.

Let me deal with the sculpt first. She's described as having the Vanessa 3.0 sculpt. I'm still struggling to figure out what the 2.0 sculpt was. It seems that there were several other attempts at a new Vanessa sculpt between DC and now. Half this...half that...I don't get it.


Could it have been Dress Code Vanessa?

Go back to the original Vanessa.
Make the rest of us happy.
We don't care if you're bored.

Anyway, the new gal is a pretty doll. There have been many complaints about the screening difference between the left and right eyes. I see it when I look very closely but it doesn't bother me. Her hair, which is long in the back in a beautiful wrapped pony tail, is offset by the boring side curl and an ultra high forehead. A different hairstyle would do wonders. 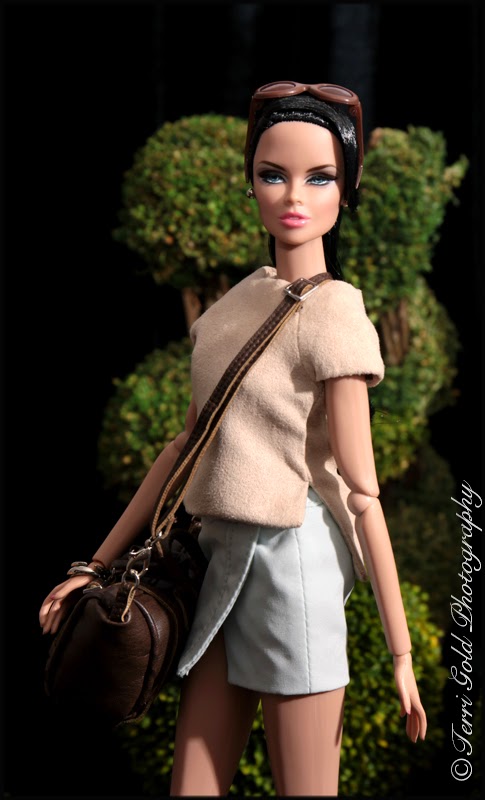 She is styled awkwardly.
The fashion consists of a boxy, ill-fitting ultra suede top over a sheer mesh bodysuit. The skirt is, as you can see, is a wrap mini in light blue. This is supposed to be a fashion doll and I don't think she ranks up there as well dressed or worth $130.
This is the first time I've seen the revised FR2 body. It's a good body with firm joints. The elbow joints on this doll squeak! 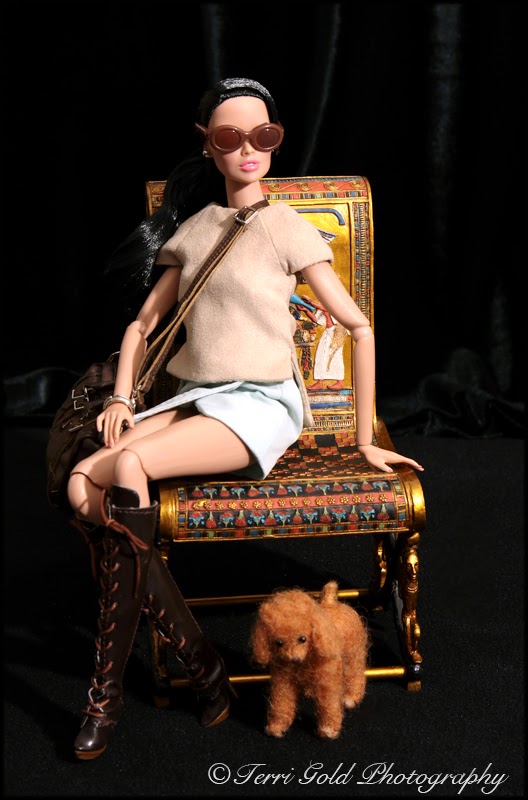 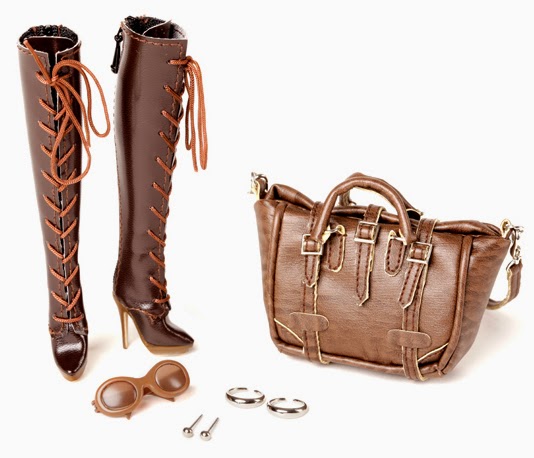 W Club dolls should be the
very best
of what's available
for so many reasons.

Here she shows off her assets: 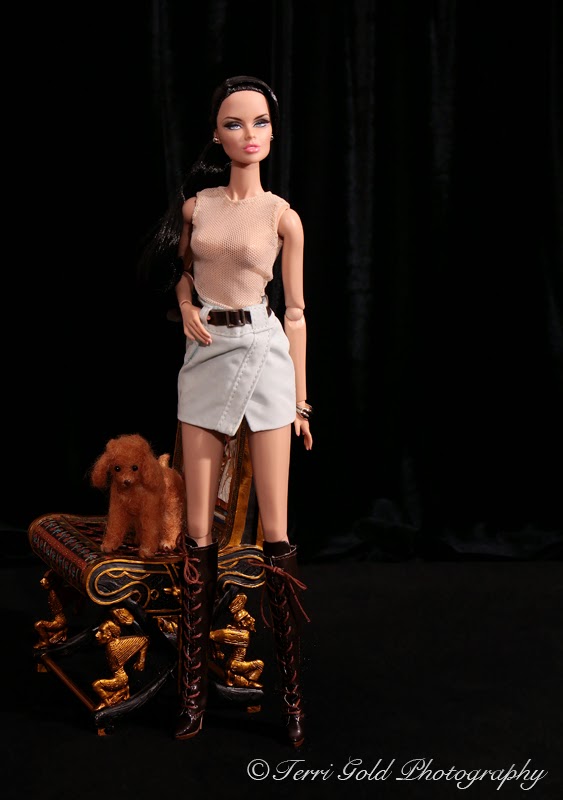 I purchased two fashions from the recently offered three dressed IFDC Poppy Parker dolls. Since I do not collect Poppy dolls, I was hoping that some of my flatter chested dolls would be able to wear them. Success. 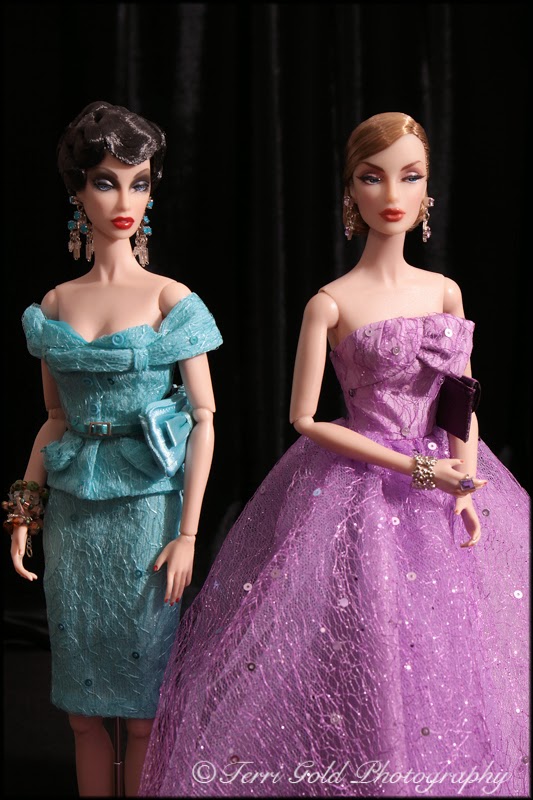 This lavender confection comes from a doll called Glamorous Darling. It fits my Monogram Exaggeration perfectly - including the shoes. I am so happy that Poppy has grown up to have normal fashion feet! I hate the articulated ankle on that doll. 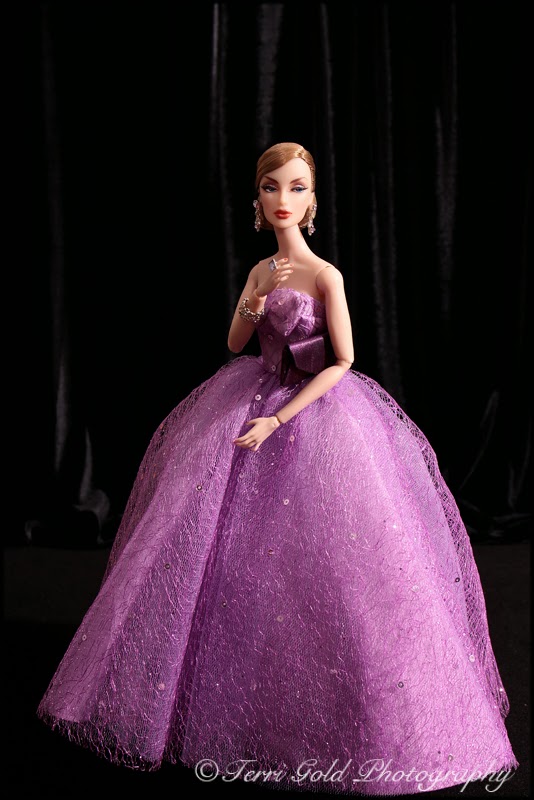 The gown is very pretty. The person that sold it to me made the mistake of folding the tulle so it's not draping properly - yet. It will. I'm not going near it with heat. (Been there, done that. Not good.)
Anyway, the only thing wrong with this ensemble is the GLITTER. Sequins would have been sufficient.  Glitter is Mattel's gig.
Please, no more glitter. 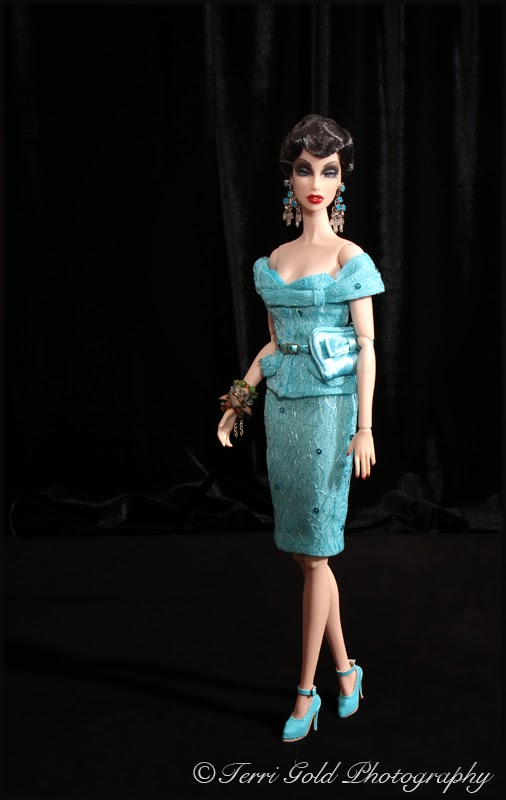 Above is my Mini Avantguard doll, Aphrodisiac, modeling IT Girl. The skirt is a bit loose in the hip area but it doesn't affect the appearance. I wasn't able to get the jewelry or the sunglasses with the ensemble so I added Knife Edge bracelets and IT earrings from some other doll. The earrings came with a bracelet that was way too large for Aphro so I'm thinking they were from a 16" doll. At this point, I have no idea what goes with what and I don't care either.
I removed the bow that was attached to the bodice. It wouldn't lay straight and stuck out too far.

I'm very pleased with both fashions.

The long awaited Hot Toys' figure, Maleficent, is finally up for pre-order. Apparently there are slight price differences depending upon where you shop. Sideshow Collectibles is offering her for $229.99. 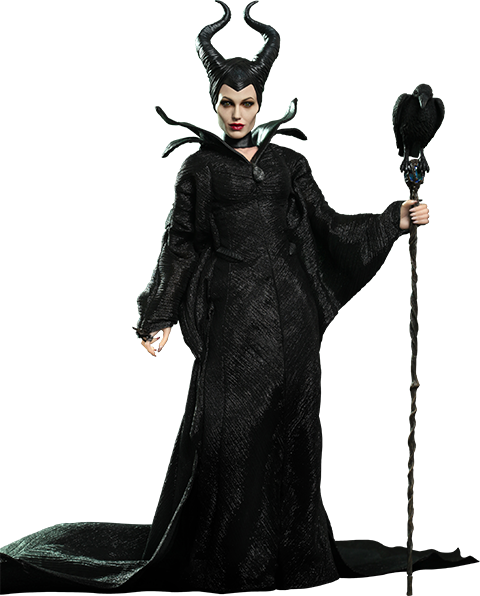 As with all Hot Toys' sculpts, the likeness to Angelina Jolie is absolutely incredible. 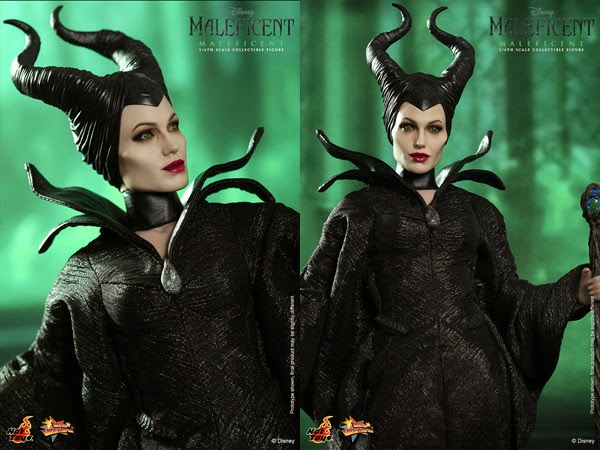 I'll venture to guess that every one of us has owned or at least seen some of Tom Tierney's paper doll books in our lives. Just looking back at them now, I want so many. 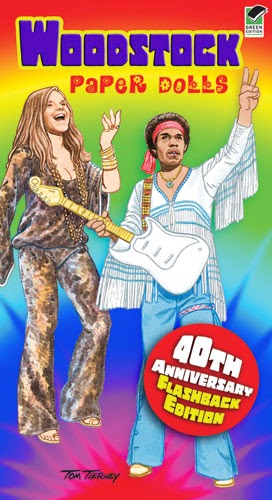 From the mid-1970s until his death, Mr. Tierney reigned as “the undisputed king” of the international paper-doll world, as The New York Times wrote in 1999 — a milieu that comprises thousands of collectors in the United States alone. Over the years, he created more than 400 paper-dolls books, most issued by Dover Publications.

A message from Dover Publishers:


"Everyone at Dover—and his legion of fans—is deeply saddened by the passing of Tom Tierney on July 12, 2014. One of our most beloved authors, Mr. Tierney created over 275 books for Dover, including dozens of bestselling paper dolls, with subjects ranging from U.S. presidents to popular movie stars. As one of America's foremost authorities on fashion history, Tom's books are famous for being meticulously researched and beautifully rendered and his works are prized by designers, collectors, and paper doll lovers around the world. We've put together a collection of books by the King of Paper Dolls to help you celebrate his life and work. For, as he once said, "My books can be a way to discover things that you weren't taught in school. And I like to think that they bring their subjects to life for readers, just the way they do for me when I work on them." For more about Mr. Tierney, use this link to read the exclusive interview "For My Work Is My Pleasure: A Talk with Tom Tierney."


Tom illustrated the unsual (for a) paper doll: 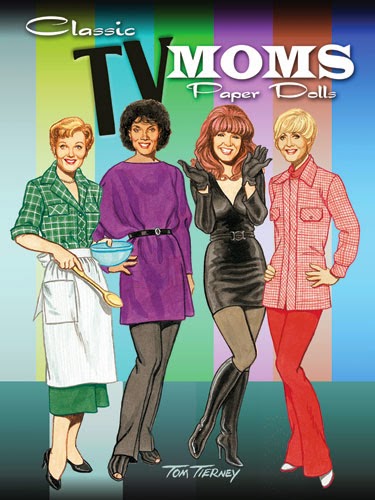 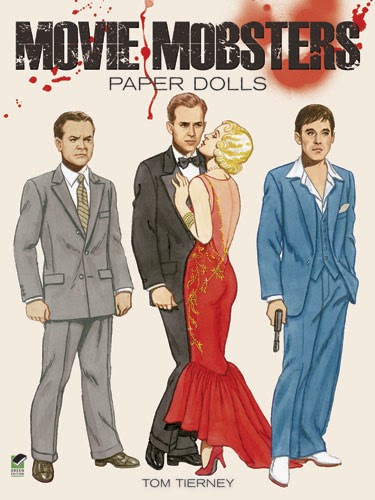 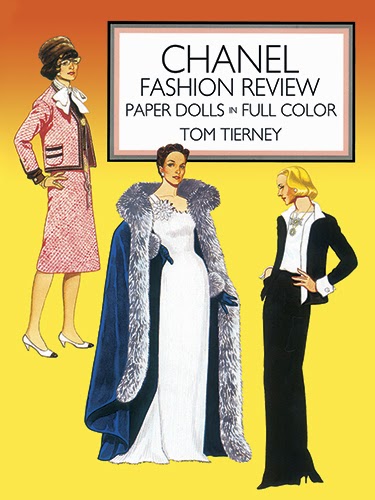 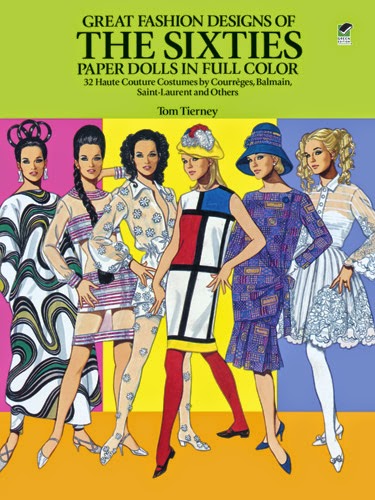 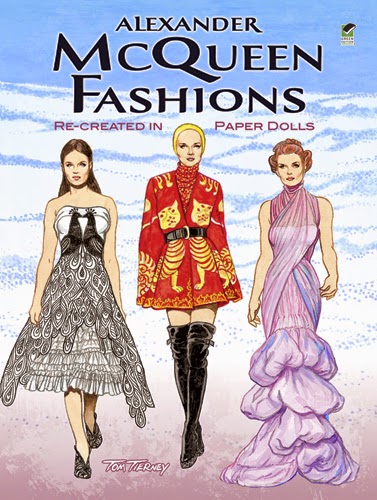 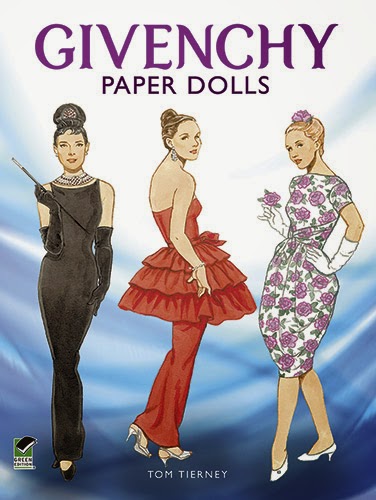 Re: Email from Jose´ not showing up for subscribers >>

To my subscribers:
Several people have informed me that the email from Jose´ is not showing up. I apologize for that. If you click on the name of my blog in your email, it will take you to the blog page where I have changed the color of the email to make it appear.
The problem was I copied his email onto my blog post and the background (black) was hiding the text which was also black. Long story...it's better now although it doesn't look too cool.
Terri
Posted by Terri Gold at 7/22/2014 03:22:00 PM No comments: Links to this post

This afternoon I received a lovely email from Jose´ Ferrand who designed many of the Ashton Drake fashions produced for Gene Marshall and Madra. Here is what he wrote:

I was the first (chronologically) of the "second batch" of Gene designers during the Ashton Drake years. Designing for her was the most enjoyable work I had ever done; it was like playing with dolls for a living. Aside from that, she proved to be a much needed balm to soothe the immense pain of losing so many friends to AIDS in the Nineties and provided many hours of quiet solace. I'll be forever grateful to Mel and Joan (Greene) for those years.

PS: It was nice to see "Belle of the Ball" in purple and green in Sandra's collection.


Jose´ is referring to the images I posted here. I would love to meet Jose´ and hear his story of that time. Perhaps I can get Sandra to invite him to an event.

Some of his designs (left to right) After Hours, Stardust Memories, Cat Walk, To Have and To Hold: 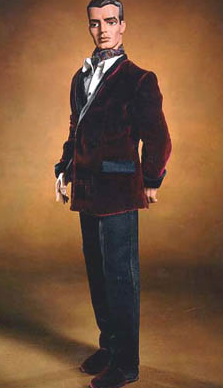 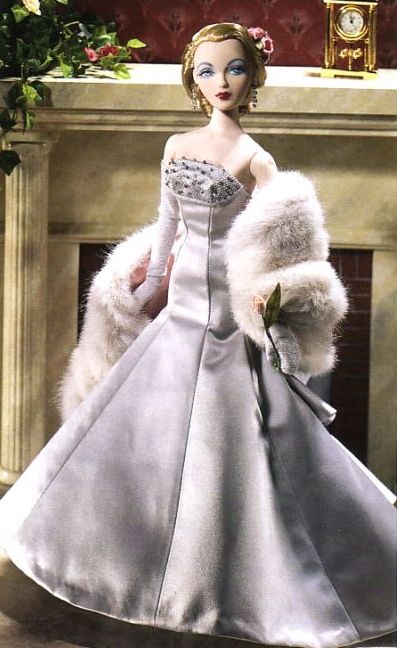 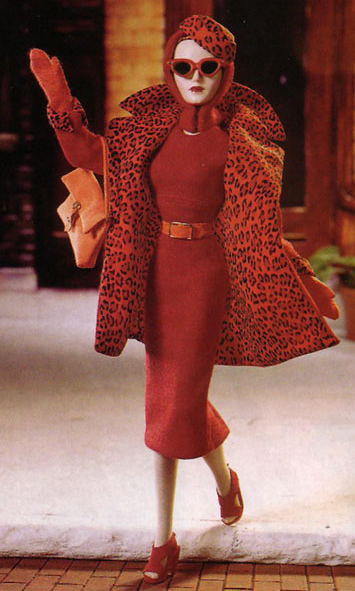 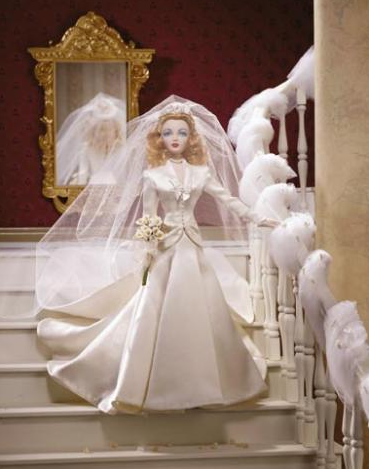 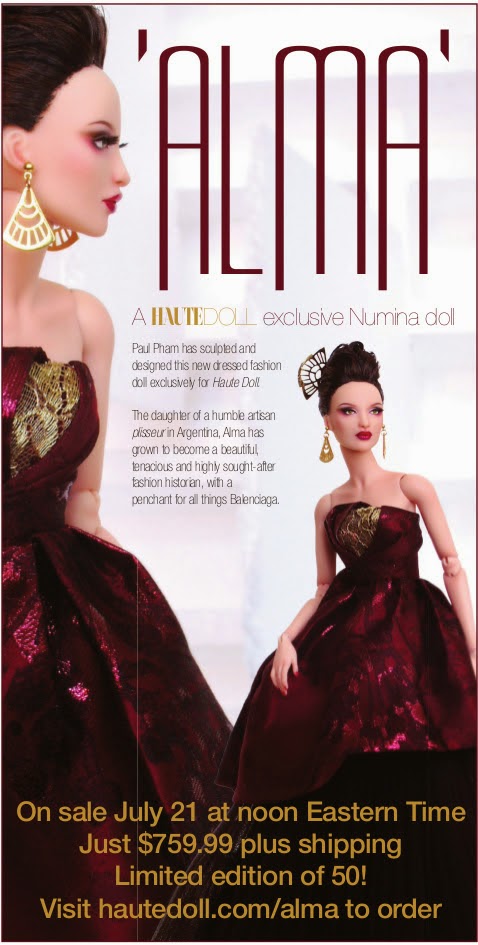 Here's a beautiful new doll from Paul Pham. A 1/2 deposit up front is required. Delivery is tentatively end of August. You can place an order on-line or by phone. Visit the site for more information.
Posted by Terri Gold at 7/21/2014 04:52:00 PM 2 comments: Links to this post

Although I would not classify myself as a big collector of the Gene Marshall line I have been a participant at The Studio Commissary since it's beginning five years ago.  I discovered Gene dolls after I was already collecting Tonner's dolls and heavily into Fashion Royalty.  I did start buying a few here and there after meeting Mel Odom at FAO Schwarz during a W Club event. Little did I know of the depth and history of the doll. 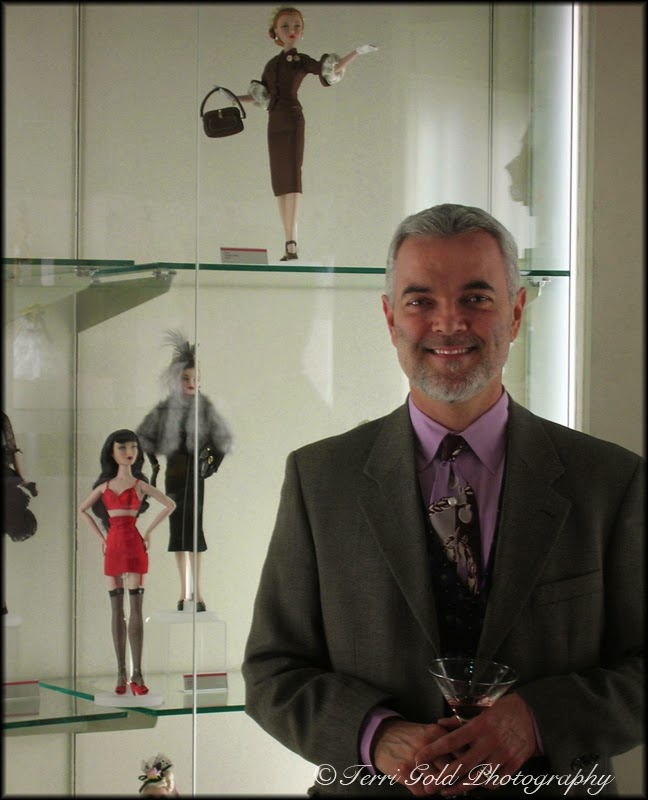 By the time Integrity Toys was ending it's relationship with Gene, I was very interested. I had joined the Gene W Club which would be it's last year. Collectors did not know that. In 2009 it was announced that the 'end' was near and there would be one last convention in 2010 in Philadelphia. It was a wonderful convention. I'd love to do it again - I would not change a thing. 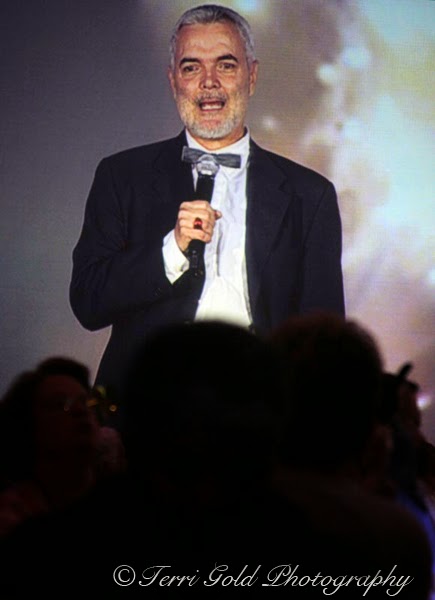 Sandra Stillwell had (some of) her immense collection of Gene dolls on display.  There are only some of the photos I took in that room (which had terrible lighting. ) I didn't even know Sandra back then and had no idea what her history was with prior Gene events. 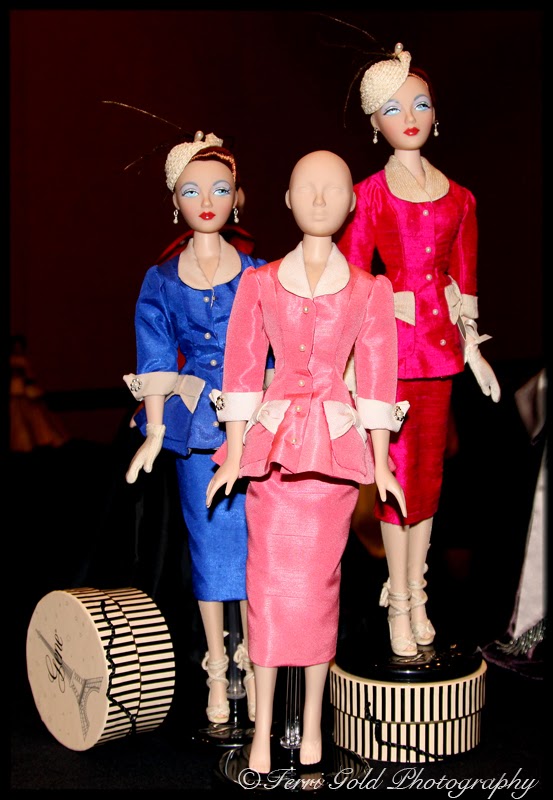 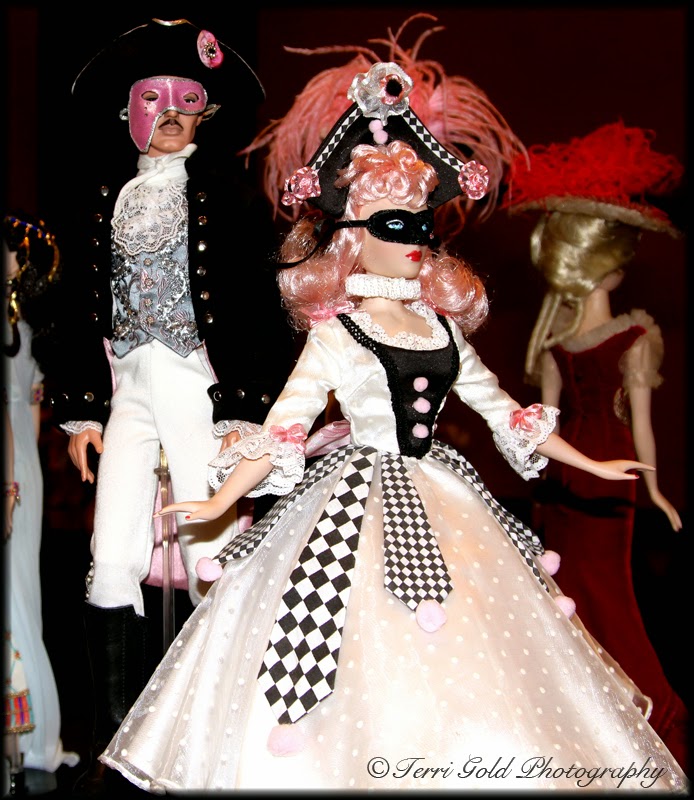 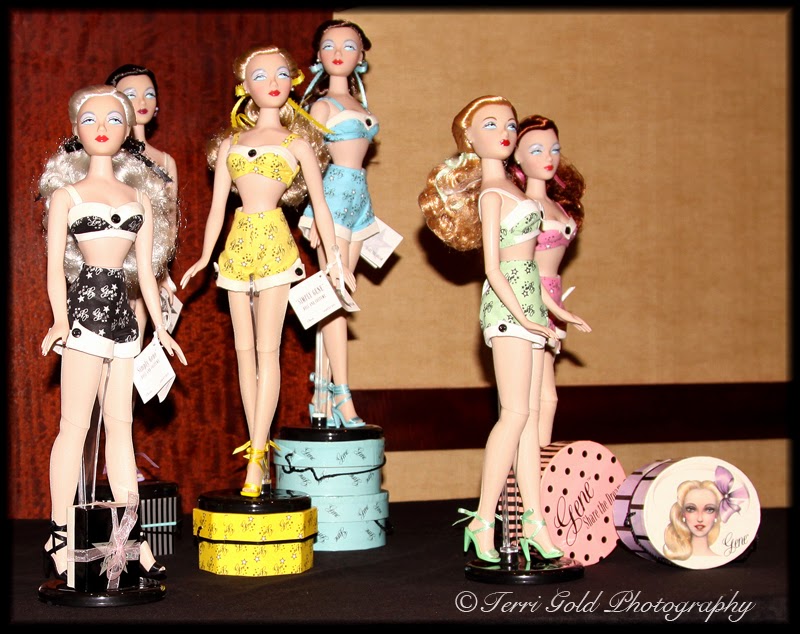 Anyway, this post is supposed to be about the Studio Commissary and has turned into my own history with Gene Marshall.

What inspired me to post this today was the anniversary celebration which just ended on that board. The last "game" played was a question which asked: "What do you love about Gene?"

Here are parts of the answers.