What to do when sad?

I was looking for a good stock picture of a Farrah Fawcett doll and I got caught up in looking at pictures of the real Farrah. I started to feel the tears come when I saw the gaunt face and pulled muscles on her face because it reminded me of my own mother's face in her last months. So I present not Farrah, but Michael, whose loss does not cause me emotional pain although it is a great loss to the music world. He was such an incredible talent and such a damaged person. It's all so sad.
What to do when sad? I began hunting for a fabulous 1/6 scale Michael figurine. There are a few around and their prices are rising fast. I'm not going to get it. However, not one to walk away empty-handed, I did find these little Michael figurines and ordered a set from Japan. Each represents a different song and there will be a 7th "secret" one. 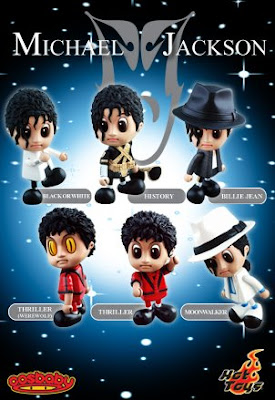 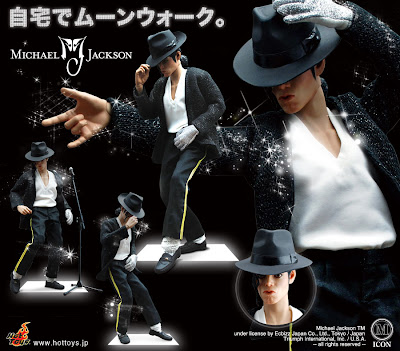 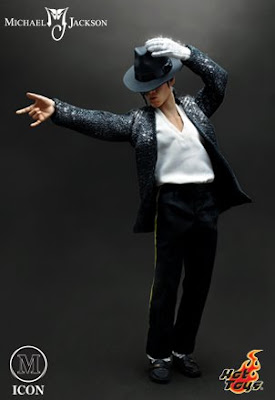 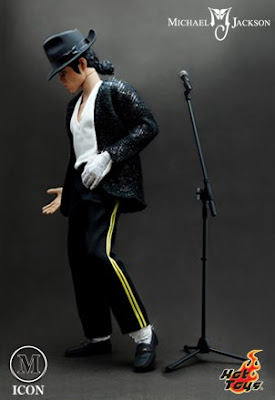 1/6 M Icon Michael Jackson Billie Jean/History Tour Version
"From Hot Toys comes this fantastically detailed 1/6-scale action doll of the one and only King of Pop! Depicted in his glory days of the History Tour, this figure of the legendary performer comes complete with his outfit (including his iconic sparkly glove), five extra hands, fedora, and microphone on stand. He's super-posable, so you can duplicate any of his amazing dance moves! A figure stand is included. Packaged in a deluxe collector box, this superstar is ready to take center stage in your collection today!"

The original issue price of this figurine was about $197. According to Hobby Link Japan, it has been discontinued although it was originally released in March, 2009. That was fast.
Posted by Terri Gold at 6/25/2009 11:38:00 PM 2 comments: Links to this post

The Picture of the Week Award goes to Maria Papadimitriou, aka Habilis1966, of the W Club. She posted a series of photos called Tango. Here Darius is dipping Eugenia as they dance. I like the composition and the feeling of movement in the photo. What do you think? 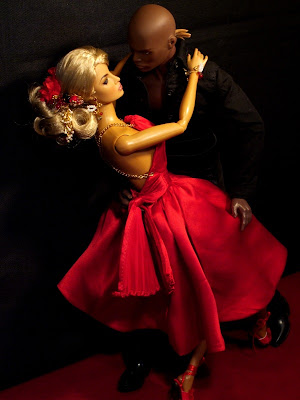 An Angel with Black Wings

It's been a dolly overload week, beginning with following the events of the Tonner Convention and proceeding to the hunt for a well-priced convention Antoinette. I found out that I was one of the lucky winners of the Tonner virtual convention drawing. That was a surprise! Then Madra and Zita arrived. And on and on. More dolls, more stuff, endless. It was one of those weeks that led me to wonder if I had a life outside of dolls. Not good.
Of course the constant rain here in New York didn't help the situation. Even the dog didn't want to go out.

I shot hundreds of frames (as we used to call them) and I am presenting several here. In these images, my Aphrodisiac Avantguard is wearing Idyllic Antoinette's ensemble. The feathery things were in Toni's hair originally. I inserted them into the back of the gown and they look like wings to me.
These are my pictures of the week!

I thought it would be fun to post a picture of the set during her photoshoot. The background paper roll is on a stand made for that purpose. I'm using two Photogenic strobes which need to be replaced due to color shift. In the meantime, I am color correcting in Photoshop. I use a Canon EOS50D camera with a Canon 24-105 F4L lens.

Regarding Idyllic...she is a perfect doll! There's not a single defect. How refreshing. Cameo was the same. I have fallen for these little beauties. Here's the original Idyllic: