This photograph of Style Mantra Eden is sure to brighten any computer monitor. I love the colorful, casual fashion and the relaxed pose of the doll. It's young and fresh. The photograph was taken by Nina, a W Club member, who told me that the outfit is from the "Souol by Louos" shop on Etsy.

Congratulations, Nina, on this wonderful photo.

Two new 16 inch AvantGuard dolls from Integrity Toys will join the ranks shortly. One is called Attention! and is an exclusive to Chelsea's Collector Cottage in Australia. This doll is limited to 300 worldwide. The retail price is $304. AUD which equals US $253.91. The least expensive shipping to the United States is $45.30 AUD or US $37.85. The doll will cost me $291.76! YIKES.

The other doll is called No Exaggeration. This gal has caused a bit of a stir because of the pants she is wearing. Whether they're called harem or dhoti pants, they're "out there" and they are freaking some collectors out. What I don't understand is that collectors seem to want high style and when they get it it scares them. She is priced at $220. and is limited to 400 dolls worldwide. She can be ordered from any AvantGuard dealer. With shipping from my dealer who is in a neighboring state, she will cost me about $232. That's about $60 less than the one from Australia. The Oz exclusive itself before shipping is nearly $40 more. I can't figure out why. No Exaggeration's fashion is more complex and interesting.

Some collectors have been commenting on the uber-colorful eye screening. The same complaint is heard with Fashion Royalty dolls, too. They're saying the doll is not as versatile. Does every doll have to wear shades of ochre and gray? It sounds funny coming from me but I've learned to wait until I see the doll in person. The change in my perception began with Aphrodisiac. I thought her eyes were freaky and that she looked like a zombie with her huge curly wig and black rings around her eyes. I never did get to liking that wig but the doll herself became beautiful and ultra-fashionable in my eyes after a short while. When the last set of basic Fashion Royalty dolls came out, I thought Vanessa looked diseased because of the dark blue/black lips. Now, redressed and with her hair crimped, she's one of the most stylish of my Vanessas.

I've also heard complaints about the lack of extra clothing for the AvantGuards. There has been only one fashion created for them so that's a valid point. When I compare what Tonner puts out for his new lines of dolls to what Integrity puts out, the difference is night and day. When Tonner created the character DeeAnna Denton he put out two basic dolls in lingerie, two dressed dolls and four outfits. The next season he put out three basic DeeAnnas in bathing suits, two dressed dolls and four separate fashions. This season there is one basic DeeAnna in a bathing suit. A new character, Peggy Harcourt, has been added and comes in two basic versions. There's one dressed Peggy and two separate outfits. Collectors cannot complain about a lack of support for this doll's body type.

What are we seeing here? We often hear the excuse from Integrity Toys that they are a small company. Yet they keep putting out line after line of new dolls. How small are they? How does a company grow? Not every doll that Robert Tonner releases is a success but he still keeps going with creativity and daring. Robert's famous quote is "Believe in the Power of Play." Is Integrity's theory, "Believe in the Power of Display?" or "Put it on a Shelf and Go Away?"

Anyway, I tell all the "...no clothes for AvantGuard..." complainers that almost every single Gene fashion, the Madame Alexander Alex clothing and now Tonner's Antoinette fashions, fit AvantGuard dolls. There's no shortage of clothing for them at all. Sybarite items are a bit loose but can be pinned. I've seen them in Tyler clothes as well. Most of Alex's, Gene's and Antoinette's shoes fit, too. There's no nekkid AGs around these parts.

Finally! Some of my readers may know that Vanessa is my favorite sculpt of all the Fashion Royalty dolls. I spend more time and energy (read: money) on them than most of my other dolls. I don't stop until they look gorgeous. Color Therapy arrived on the scene with too much hair. No amount of combing or hair tamer worked. So I bit the bullet and boiled a pot of water and used it to straighten her hair. Believe it or not, the result - which looks like she has had a light perm - was the straightest I could get it! I think it's much better than before.

Here are two earlier photos of her. In these, her hair has been combed out but I couldn't get it into a pleasing style. 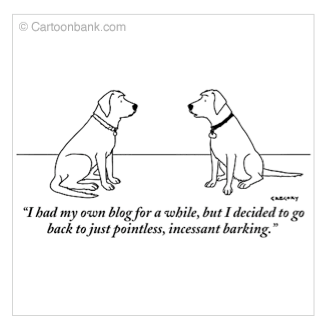 When I opened a post on Prego and saw the pictures of this doll, I thought it was a real person!

The photo is by Jackie Saunders who goes by the name of Jackie in Cincy or JinCincy on the boards. The doll's name is Callan. He is a limited edition Iplehouse EID SE version of Akando. Honestly, I have no idea what all those initials stand for but it must be something really good because this doll is as hot as it gets. The photos Jackie posted of him are beautifully exposed and composed. He is so easy to stare at. Jackie knows how to use a black background when her doll is dressed in black. She lights the background to make the doll stand away from it. The lighting creates a wonderful dimensional effect and outlines Callan's body. Well done!

This information regarding the dolls has been provided by Jackie:
Iplehouse does offer regular line versions in different skin tones, (white and normal) but the skin tone my guy has, called "real resin" (which is a mix of urethane and french resins), has only been offered as Special Edition dolls. The Iplehouse EID guys are 70cm tall and they are heavy, weighing in at close to 7 lbs. They are some of the most beautiful, realistic looking male dolls that I have ever seen though, and that was the draw for me. Their bodies are sculpted beautifully. They even have detailed veining in their arms and hands. They are truly pieces of art in my eyes. They range in price from about $640 for a standard doll without make up to $1000 for some of the limited editions.

If you would like to see more of Jackie's photos of her doll collection check out her Picture Trail album and/or her Live Journal. You won't be disappointed!

Congratulations, Jackie, on your Picture of the Week Award.