It's been pretty quiet doll-wise around here which is not actually a bad thing.

Here's long version of what happened with my pre-ordered High Visibility Agnes Von Weiss Doll Mini Gift Set:
1. The first shipment to me of my two sets were shipped to some location in Delaware. By that time I had heard about the mold and other defective issues people were reporting and I was very wary. I wanted to cancel my order but they would not refund my deposit so I agreed to accept a new delivery.
2. The two new dolls arrived, both with glaring defects. Customer service agreed to replace both giftsets and sent me a return postage label.
3. The third shipment of dolls was worse even though, according to Alain, Percy himself inspected both dolls. One doll had mold down her dress and heaven knows where else. I was afraid to touch the doll. The other doll had a large patch of unrooted hair.

The shipment back to them contained four sets of dolls and I received a full refund.

What a waste of time for me and a sorry state of affairs for them.

Here's hoping that the Fifth Anniversary Poppy Parker Joyous Celebration dolls do not have any issues. They should be arriving any minute.

The most stunning repaint I've ever seen of a Deja Vu doll was posted on Prego today. 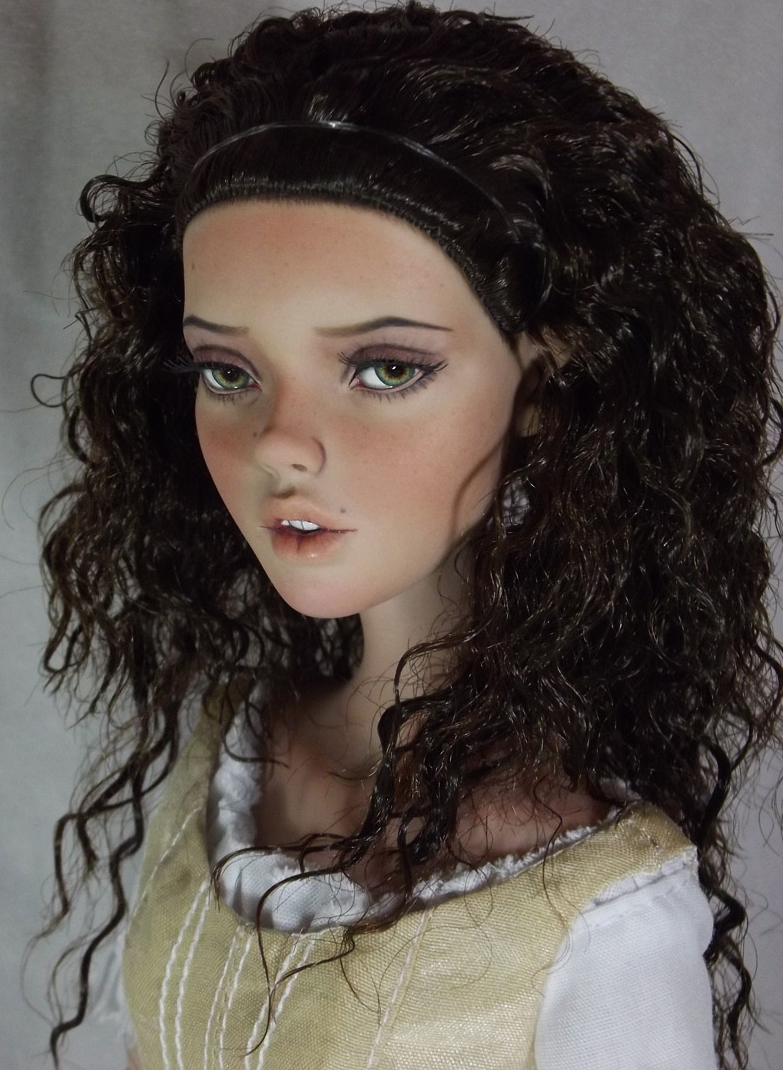 This is the work of Leslie at Sands of Fire. She has achieved major realism and depth. The open mouth looks appropriate on this face. She could be Cinderella before being turned into a princess. Beautiful!