This handsome fellow is my first resin male doll. He is a 2012 basic Jamieshow Alejandro that I purchased at Angelic Dreamz during the Prohibition event. I loved the optional outfit so much that I had to purchase a doll to wear it.
He is wigged and I would like to get another wig that is shorter. I like that his 5 o'clock shadow is done very well. This is one good looking doll! 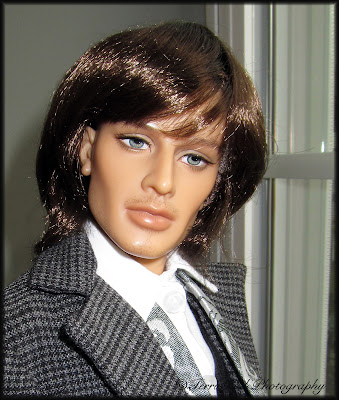 His outfit is so well made and the fabric is very fine. It's the first pair of male pants I've ever had that doesn't have the fly zipper tab sticking out. I love everything about this outfit.  I have no idea how to tie a tie. 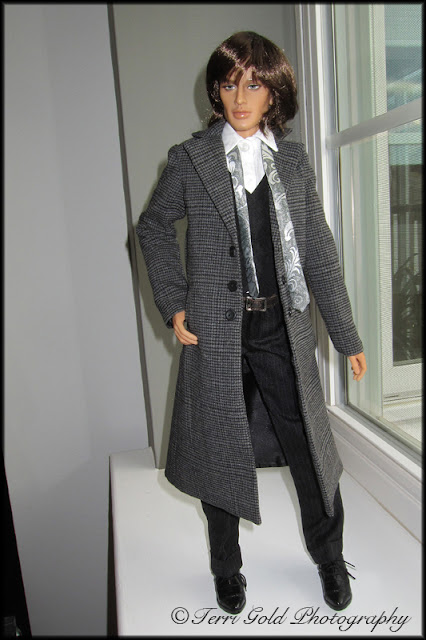 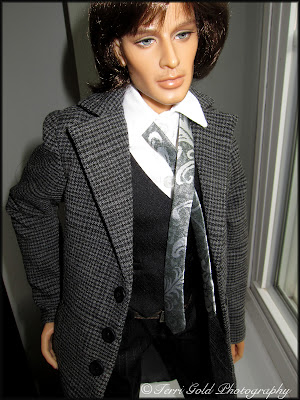 Why is he standing in a window, you ask? Well, work on my studio has just begun. As of today, all the framing is done. It will be a simple room with two windows and a black and white checkered floor similar to my former darkroom.  We're also having a cedar lined closet built right outside the studio. Currently, I have my photography equipment in a corner of the basement all covered up and protected from dust. (Hopefully) 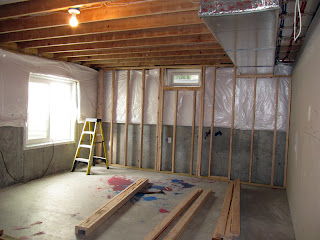 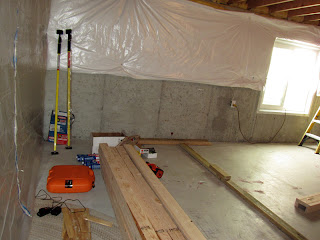 I've begun deboxing and redressing dolls but it is slow going. Gradually as the chaos of boxes subsides it becomes a little easier. I've had to come up with a new organization system and that keeps changing. There are three glass cabinets waiting to be assembled. Where is that magic wand?

The rest of the house is shaping up nicely. Dealing with workpeople who can't do it right the first time is such a pain. It's unbelievable the damage one person can do. The moldings need to be touched up and repainted in many places from the installation of new flooring. The floor installers damaged the front of my new refrigerator and they are paying to get another one. But I have to do the calling and arranging. I was so pissed!!!
Of course I'm finding places the painters messed up as well. They were here for two months, you'd think they would have gotten it right. They might have if they were sober the entire time. Sigh.
The main moving company has had my claim for a month. I called yesterday and was told it could take 3 to 6 months to finalize it. It didn't take them that long to take my money. Their excuse is that it's the busy season. So hire more people. Seriously.

OK...So I Drank the Kool Aid

If you are a member of the Barbie Collector Club your last quarter $20. coupon is effective beginning today. Gala Gown, the beautiful-looking (in the promo) Silkstone, is also now available for ordering. How convenient is it that BC.Com is also offering free shipping? Anyway, I ordered one. I swear if this doll is anything less than perfect, it will be my last EVER Silkstone. 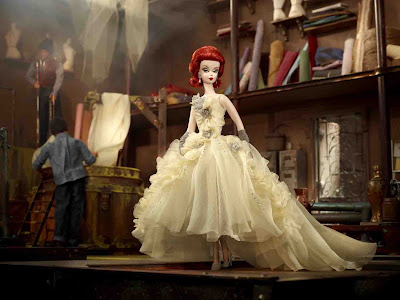 Update on my wonky-eyed, non-violet eyed, Violet Eyes Elizabeth Taylor Silkstone. In response to my letter outlining the defective doll I received I was offered a return or an exchange. I asked for a shipping label and received a pre-paid label. Yay. Here's hoping the replacement will be better.
Posted by Terri Gold at 10/11/2012 12:42:00 PM 5 comments: Links to this post

I love Photojojo! Today's post on How to Make Photo Lollipops just pushed me over the edge to blog about it.

Haven't you always wanted to eat your photographs? I've wanted to do a lot of things with mine; eating them wasn't on the list.  This tutorial might have just changed my mind.
Think of the possibilities: table gifts at conventions, stocking stuffers, business cards...X-rated suckers. Oh, I have endless ideas. 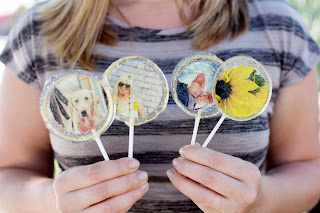 Link to this tutorial

They carry a multitude of products that I'd love to have. One is called Photo-opoly. If all you ever think about it dolls, you can personalize it with images of your gals and guys easily. You might even force yourself to use pictures of your family or pets. 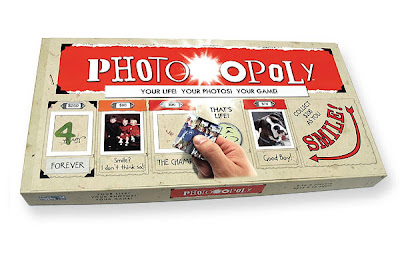 For those who prefer to view their magazines on-line, you can now download the Winter 2012 FDQ issue. On the same page there are many other digital issues available. 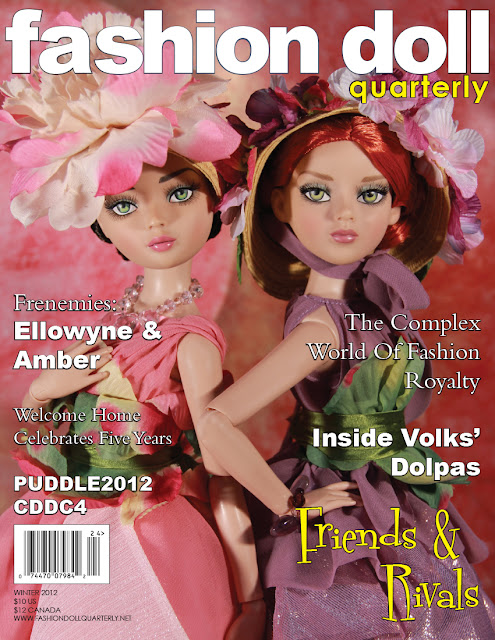