She is called Sweet Confection and is the Second 2011 W Club Exclusive Doll. The price: $125. The edition number will reflect the number pre-ordered plus some extra. I think this Poppy will rival the most popular of the previous Poppy dolls in collectibility due to her unique tan skintone. She is quite pretty. And finally, she has applied lashes. This is what collectors have been asking for and it deserves a 'thank you.'** 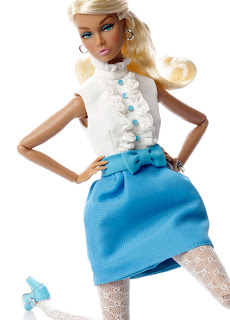 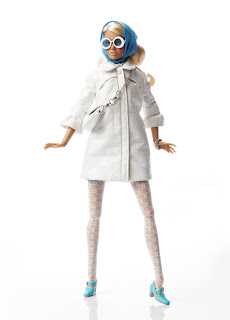 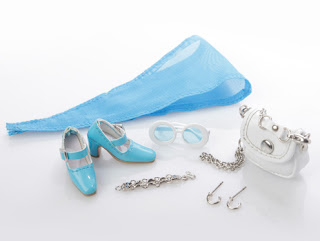 The second image with the sunglasses and the scarf tied around her neck perfectly captures the 60's look.

**I don't understand why the W Club liaisons feel it is necessary to make ______ statements like the following:

"Thanks so much to David, Jason, Vaughn and the entire Integrity team for this beautiful W Club Exclusive Doll! Poppy Parker is a huge favorite of collectors and we are sure that all of our members will be thrilled with this latest W Club offering! "
Thanks!
The W Club Liaisons

They're not doing collectors a favor; they're making dolls that people will buy. Helloooo...
Can you imagine a manufacturer/designer of fine fashions or cars or furniture marketing their products and including a statement like that?  I can't.
When a manufacturer listens to collectors, that deserves a thank you.   So, I'll say thanks when they revive the real Vanessa sculpt. I say thank you by spending my money and buying the dolls.
It was a big step forward to introduce the fabulous FR2 body. I'll say thank you when they sell the bodies separately and come out with shoe packs for them.
(I won't really say thank you. I'll say I'm buying it.)

On Prego today JaneNY posted a photo of Tonner's Salvatore brothers,  Damon and Stefan, who are characters from the Vampire Diaries. What a difference a real life photo makes. These dolls are hot. Their sculpts are fabulous. Jane said about Damon, "So much better than his promo pics. His outfit is wonderful. 'Leather' jacket is distressed and very well done. Good quality on his henley, and the most surprising thing was Tonner also included his sleeveless undershirt."

Of course it also makes a difference that she styled their hair very well! 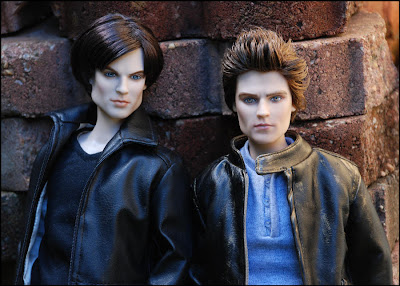 These are the original promotional photos from the TDC. 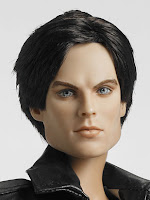 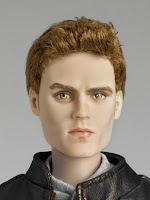 I'm talking about the real Vanessa, not Waldo. This is Aerodynamic Vanessa.

She was repainted by Vin Trapani and given an FR2 body. 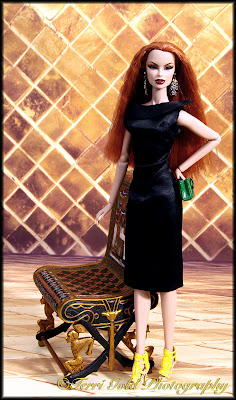 I did not like True Royalty Vanessa at first. She had a pushed in face and looked emotionally damaged. She may have been the palest Fashion Royalty doll to have ever been released at that time and would have made a great vampire. 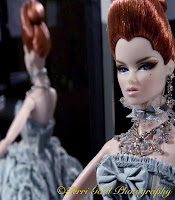 I worked with heat on her head to reshape it. When I still didn't like her, I had her rerooted. No gold ring yet.  The other day, after plucking the chicken feathers out of Go North's gorgeous gown, I put it on True Royalty, combed her hair partially over her face and loved it. Yay! 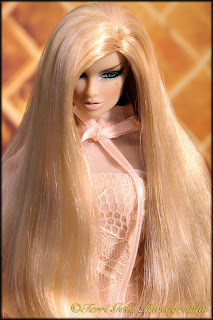 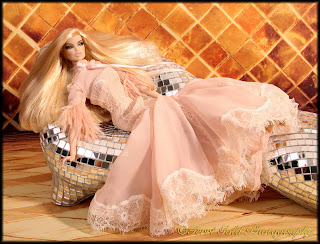 Randall announced four new fashions which can be seen on his website and can be pre-ordered at retailers. My favorite of the four is called Lovely. All the fashions are LE100 and all but the long gown are $58. The gown sells for $65.
Click here to see a list of retailers.  I wonder why BIC is still on his list.
All photos © Randall Craig, Inc.
Posted by Terri Gold at 8/17/2011 10:11:00 AM 1 comment:

Evangeline Disappears into the Darkness

The remaining exclusive LE100 A Dark Night Evangeline dolls sold out shortly after going on sale today on the Wilde Imagination site. They were offered at the same $220. price which reception goers paid last Friday.
Shipping was free today for any of the weekend's Ennui items and the WI website was crawling due to the large numbers of shoppers checking in there.

The Day of Ennui ~ The Sequel luncheon souvenir doll, Ellowyne LE200 and the two companion/table dolls, Amber and Prudence, were also available. All three dolls were offered for $195 each with special offer of $320 for those wishing to buy Prudence and Amber as a set. As of 1:21 PM EDT, all three dolls are still available. 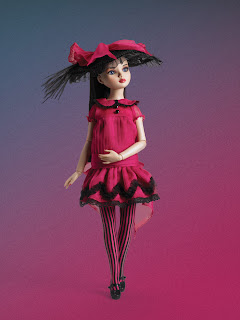 As an attendee, I was disappointed to see these dolls go up for sale so fast but I wasn't surprised because they do this after every event.

I'm sorry to say that the design of the three Ennui dolls last year were far superior to these with regard to their fashions and hairstyling.

Look at the intricate hair-dos on last year's dolls. The outfits were adorable and substantial. While the faces and the inset eyes and lashes on the six are all beautiful, this year's pale by comparison in every other way.
Posted by Terri Gold at 8/16/2011 01:50:00 PM 3 comments:

Emilia is better known on the doll boards as em'lia. She is a gifted and creative artist who is able to capture the visual essence of real life and put that onto her dolls. Her commission work is beyond belief in it's originality and use of materials. Today she sent out a notice with images of her latest work,  Yaobikuni. 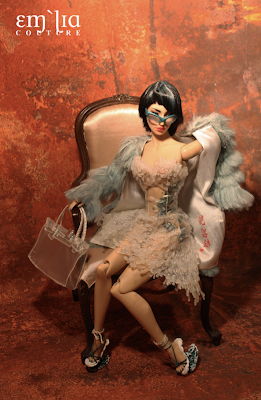 You must go to her flickr page to read about this work, to find out the meaning of the title and to look at 23 more pictures of it. 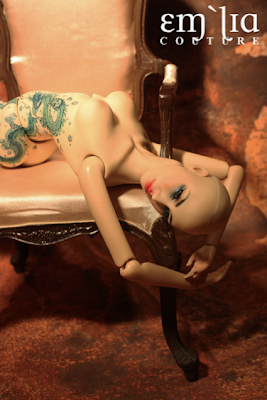 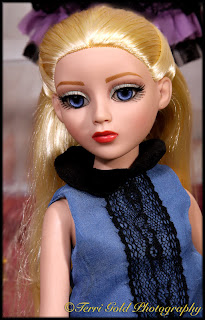 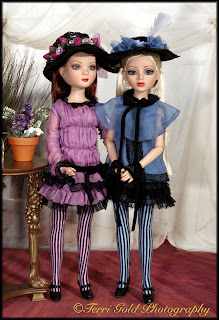 Ennui, Tea and Me - A Rundown of the Event

From 11 AM to Noon we looked at the competition entries, the raffle opportunities and chatted. The new dolls from Wilde Imagination were on display and it was difficult to do anything else but gaze at them. The dining room opened and we poured in eager to see the centerpiece dolls. Prudence and Amber were standing on each table looking adorable as I'm sure you have already seen in photos. Door prizes were given out twice during lunch.
The presentation began with Robert Tonner introducing his staff. Robert talked about how the source of his idea for Wilde Imagination and was quite humorous in describing how he allowed Joe Petrollese freedom finally to create. There was a lot of kidding back and forth between Robert and his staff and we were all very amused. It's refreshing to see the staff's down-to-earth and easy-going relationship with each other. Everyone comes across as genuine.

Robert showed a picture of the newest addition to the Ellowyne line. She is a dark-skinned character who is not yet named.  Robert talked about a brand new line of dolls called Imperium Park. No pictures yet but his description is "post-apocalyptic dolls with great clothes." That got a big laugh. They're all about steampunk. I can't wait to see the clothes. I can only hope that the dolls have new bodies with great articulation. That issue was not discussed.

A documentary is being made on the occasion of the 20th anniversary of Tonner Doll. Robert showed us a fast speed video of his sculpting.

Joe Petrollese was a riot. He showed us the source of the name of Evangeline's home, Barkley Manor. 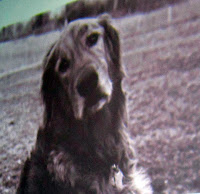 Yes, that is his dog. Barkley got a big  awwwww.

He talked about his inspiration for Evangeline and showed us where the fabric closet is in their new office building. It was originally a bank and the vault is being used for storage.

Joe also talked about the new tiny resin BJD Amelia Thimble. Everything was cute as a button. ^..^
She's even smaller than my Puki Puki's at only 4" tall. This is seriously adorable. She is wigged and has removable/replaceable eyes.

I had a good time. My husband had another non-collector husband to sit next to at the table.  Excellent!