I knew I had to have it as soon as I saw it. Tonner's props and furniture are simply the best and always have been. They're always fully scaled and fabulous for photography.  It sold out shortly after going up for sale on Wednesday but I got my order in while I was on the treadmill at the gym. Now that's determination (aka obsession.)

Took some quick iPhone shots of Black Lipstick seated on the chaise. 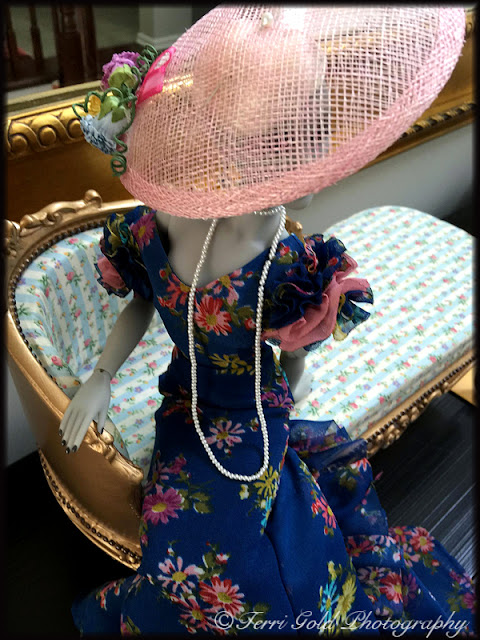 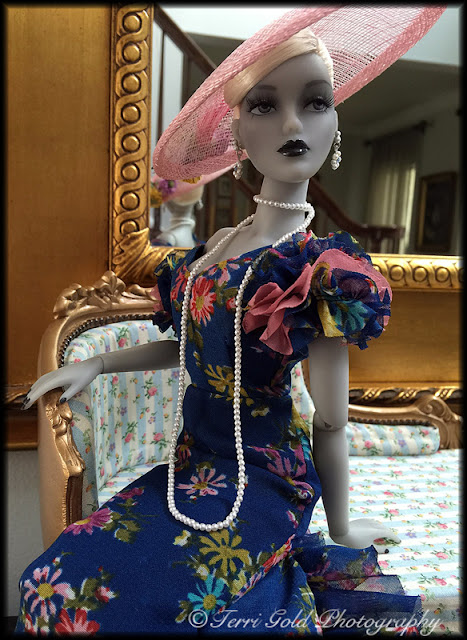 Love the doll, the chaise and the outfit which is from Sandra Stillwell's "Radio Days" convention.
The jewelry is Franklin Mint.

As expected, Kingdom Doll's Eira, a very limited edition, sold out almost immediately leaving several collectors moaning and groaning. ( I could also say 'pissing and moaning' but I'll be diplomatic outside of the parentheses.)
Cheer up because the next doll up, Orbit, is a larger, though limited edition, and she is another beauty. 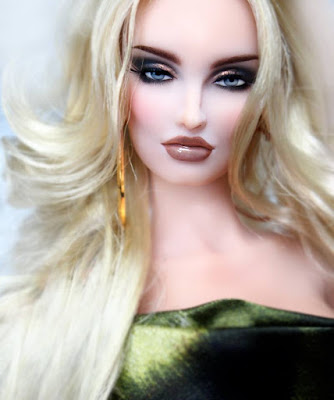 That's not to say she'll last long once available. The usual suspects will complain and condemn Kingdom Doll for not making enough, blah, blah.

When the new GenX Solitaire went live on Superdoll's site, she didn't last long. Of course a few people were disappointed they missed her but I didn't see venom-tinged remarks aimed at the company. When Mansion came and went very quickly, there were no angry collectors posting on Prego about Superdoll's business practices. Superdoll doesn't even tell anyone a specific time a doll will go live! You have to keep checking the site and hope you find it ready to buy.
With Integrity Toys, you know when to contact your dealer after seeing a doll. It's called NOW. You don't get time to think about what you really want because if you hesitate, the doll will be sold out. You have people emailing every single dealer, trying to get the dolls any way they can. Ultimately, the disappointed collectors complain about the dealers, favoritism and cancelled orders.
When Mattell posts a Platinum Barbie for sale the site crashes or they cancel the sale and then hold it a few days later without broad announcements of the new date. 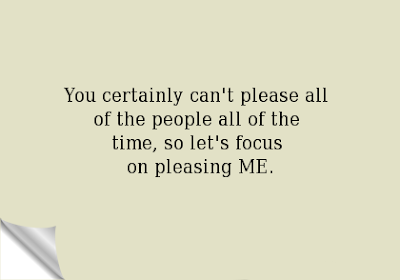 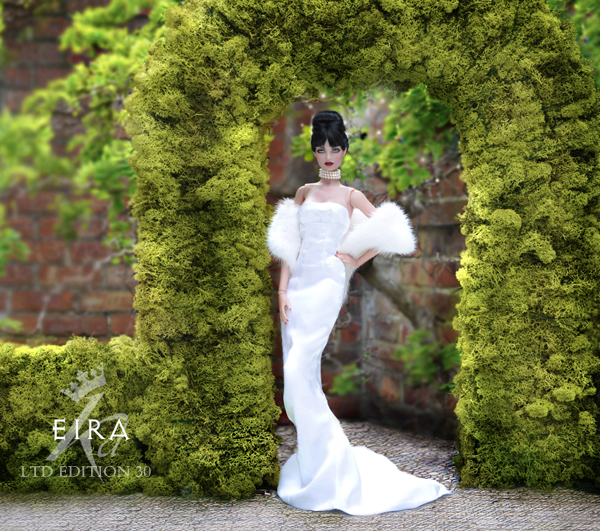 I can't stop looking at this doll's image; she is gorgeous with Kingdom Doll's newest sculpt called Dubunni. Get ready because she will go on sale at the KD store on the 5th of June at 18:00 BST (British Summer Time) and is a LE of 30 dolls. Good luck!

Time conversion - Great Britain is 5 hours ahead of Eastern US. (DST-Daylight Savings Time) That's 1PM here in Pennsylvania and 10 AM in California. Those of you in between can figure it out from there.


Eira takes her name from the Welsh word for snow and she is very much Kingdom Doll’s modern interpretation of that classic fairytale beauty “Snow White”.  Eira’s whole look is synonymous with luxury, from the real white mink stole (an exclusive for KD by the esteemed doll furrier Dimitha), to the Swarovski pearl three strand choker necklace created by KD’s favourite doll jeweler Mike Austin. She is dressed in an indulgent pure white silk satin strapless gown. The makeup chosen for Eira was inspired by iconic Dior Couture looks which add to the ethereal qualities of this stunning doll.

Here is more information from the email that went out today:

The end of July will see the release of yet another new sculpt Selgovae, debuting as Orbit. (Orbit will be released in our higher edition size) Do not miss the next edition of Fashion Doll Quarterly magazine for exciting coverage on Orbit!

Following Kingdom Doll’s success in Paris, we have been invited to attend this year’s Metro Dolls event on Sunday 4 th October. We are truly honored to be presenting our very first OOAK Kingdom Doll which will be auctioned at the event to raise money for the St Jude Children's Research Hospital charity. We do hope to be able to meet many of you there and together support this worthy cause. More information about Metro Dolls can be found on their website…..Metro Dolls

But that’s not all!  Prior to Metro Dolls, we will be hosting our own dinner event on Saturday 3 rd October. There will be an exclusive doll just available at the event called “Liberty”, plus many exciting KD goodies. Places are limited to 40 and full details about this special event will follow shortly. If any of you are interested in attending then please email us at 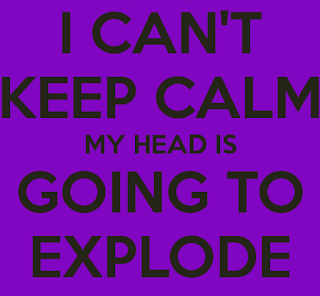 The banquet on Saturday night was all about Marley, the new grown-up doll who is Tyler's sister.
The centerpiece:
From here it looks a bit over done for my taste. The hat has to go now before baby birds start flying out.  Do those gloves have individual fingers? Congratulations if they do.

The souvenir gift set is the type of product that will bring people to conventions IMO. It consists of two complete outfits, lingerie, two additional pairs of expressive hands, a handbag, sunglasses and an extra wig. The black coat dress appears to have several large rhinestone embellishments. I like that they put in blue shoes instead of a  matchy, matchy pair. Lots of mix and match opportunities here. I do like that black dress a lot.
On the secondary market, this gift set may bring in some $$$ even though it's price is already lofty at $275.


A shot from the Tonner Direct FB page shows the new Marley packaging to be very classy. 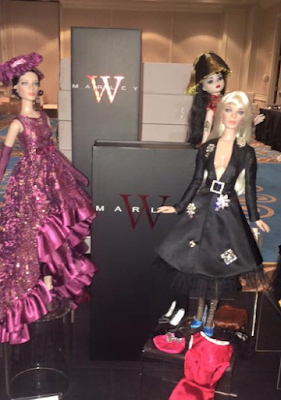 Child dolls on parade to their Patsy Ann break out event. 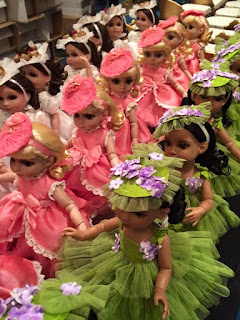 Look at the excitement on this living doll's face as she enters the ballroom! What a wonderful experience it must be for a child to go to a Tonner convention. 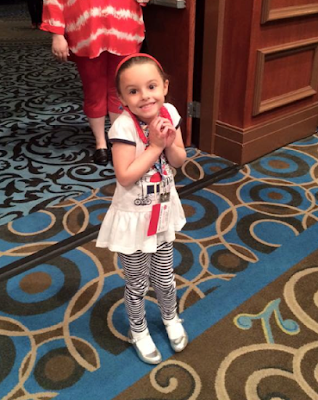 All these photos and more can be found on the Tonner Direct Facebook page. Thank you to the busy photographer for posting!