These photos were sent to me by George of Angelic Dreamz.  You can order your doll there.
The doll looks as close to the promotional images as possible. I'm impressed. 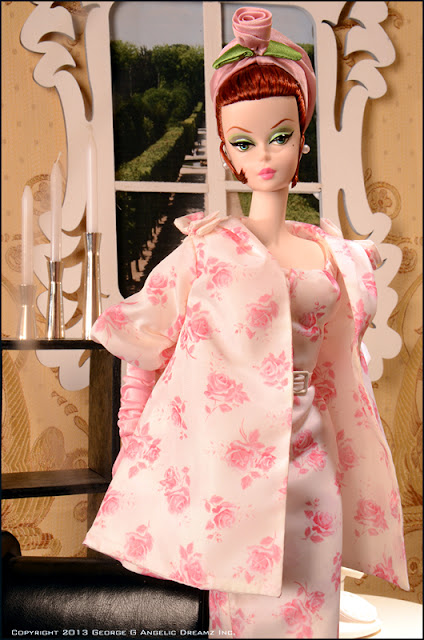 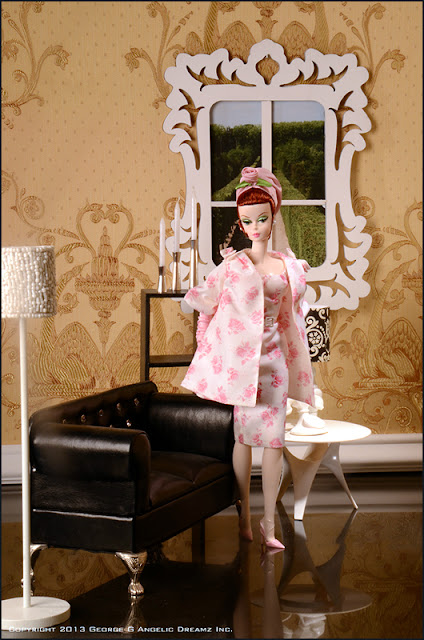 New Silkstones on the Horizon and More from Mattel

First we have BFMC "Luncheon Ensemble" Barbie. They really went back in time with the styling on this gal. Her face is very pretty. I'm not quite sure about the fashion. I wouldn't wear it. The rose on the turban looks ridiculous. But it doesn't matter because I'm never pre-ordering a Silkstone again. The promotional photos are always so much better than the real dolls.

Next is BFMC "Cocktail Dress" Barbie. What a creative title. I like this doll much better than the other one. Again, the dress has a vintage vibe. I love the pony tail. Mattel does a pretty good job with pony tails so they'd have to try really hard to mess that up. We'll see what the dress actually looks like. I would add this one to my collection.


A Barbie and Midge two-doll giftset was also included in this announcement.


A 2013 doll that was previously announced is a Twilight character, Dr. Carlisle Cullen. For those who collect Twilight Saga figures, he will be a cool addition at $24.95. I think they captured the bloodless look the actor has in the movie. 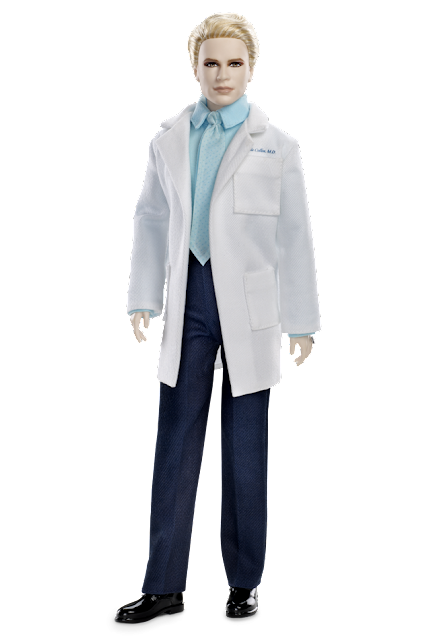 Something I've been looking at since it was released is the Barbie Wardrobe. When I learned that it was not entirely made of cardboard, I decided to order....two of them.  We need large closets, don't we?  One is never enough.  I ordered directly through Barbie Collector. Some people are selling them on eBay for much more than the retail price of $69.95. 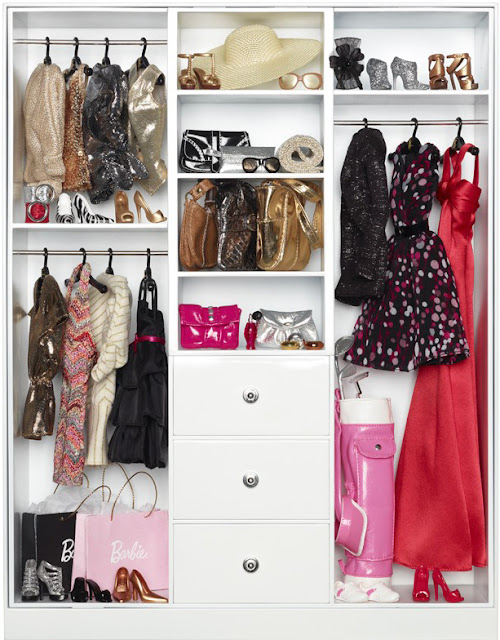 Although shown with clothing and accessories it arrives empty and comes with two interchangeable backgrounds.
Closets with an interesting mix of fashions inside make great props and backdrops for photography.
I believe this item will sell out. If you like it, get it now.
Posted by Terri Gold at 1/15/2013 04:34:00 PM 1 comment: Links to this post