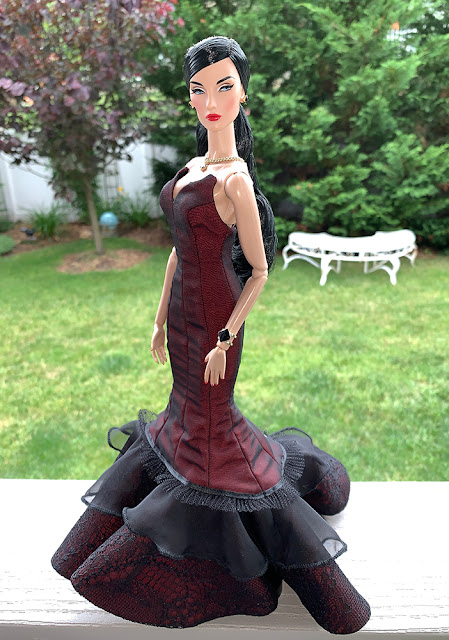 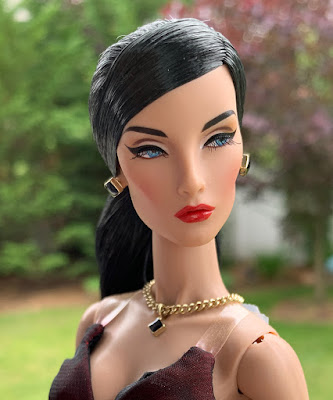 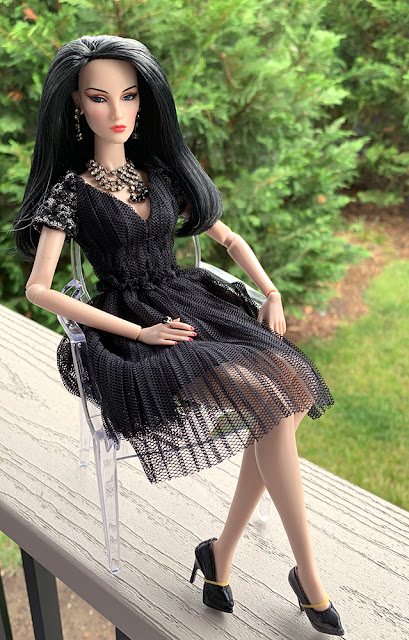 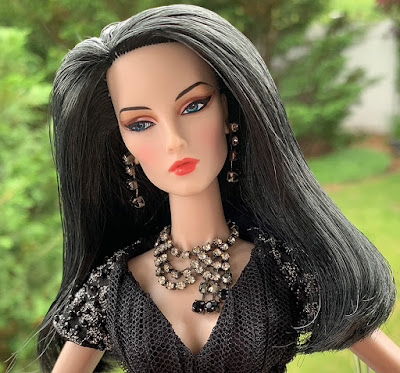 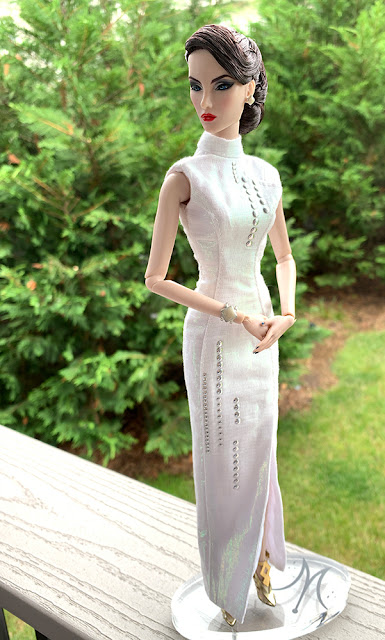 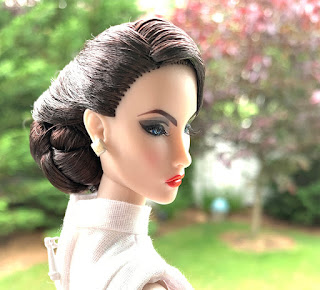 Elise "Hair Workshop" 2013
This doll was available at the 2013 convention to those who signed up for the workshop.
She is wearing a blue jumpsuit that came with Lana Turner "Portrait of an Era." Handbag is from another IT fashion. 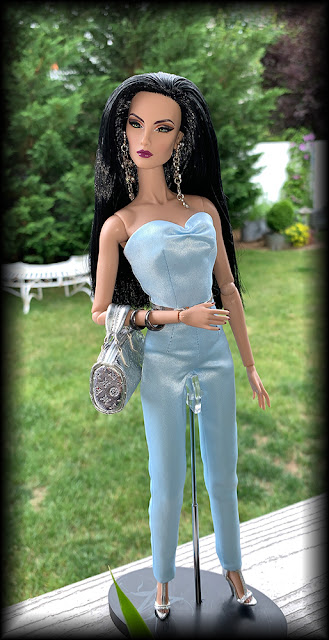 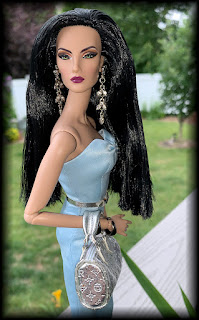 Elise "Escapism" 2012
Wearing OOAK Cholo Ayuyao. Cholo won first place in a design contest for this creation. I was lucky to be able to buy it from him. This doll has been wearing it ever since. 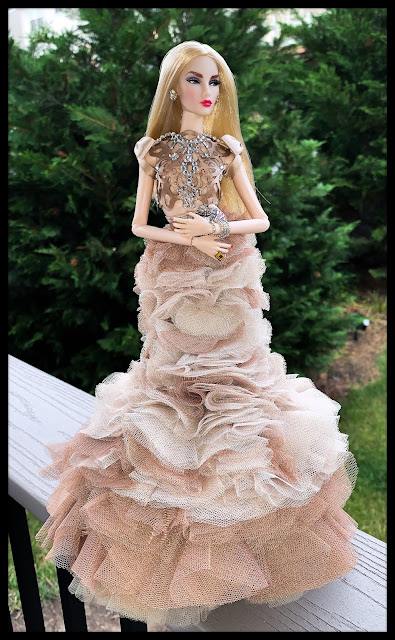 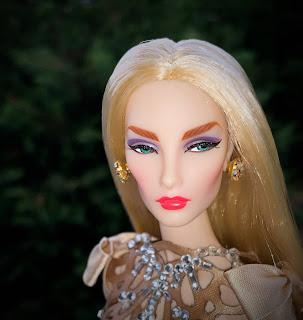 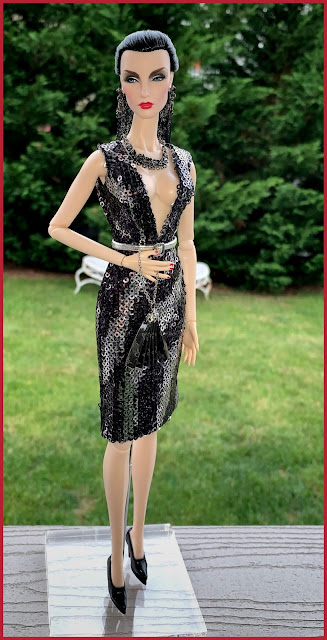 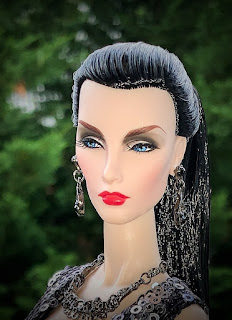 
June 13, 2019
I cheated a bit because it was raining outside. These photos were taken indoors using natural light. 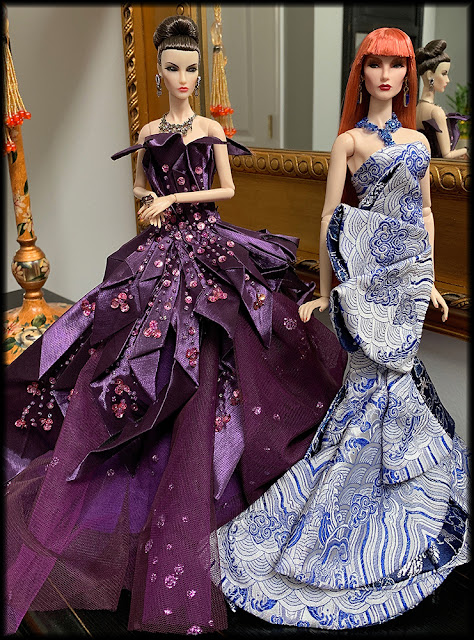 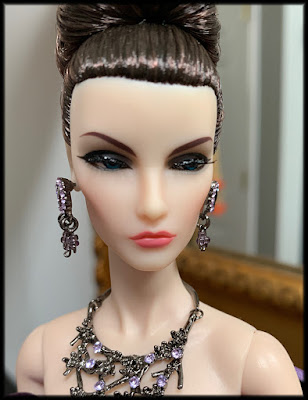 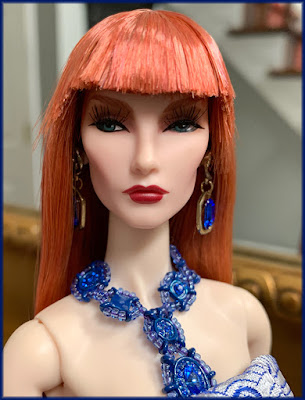 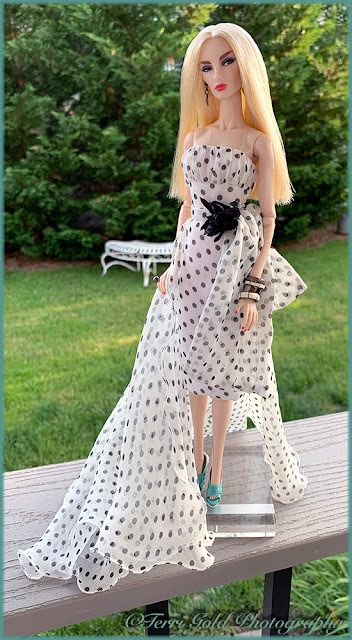 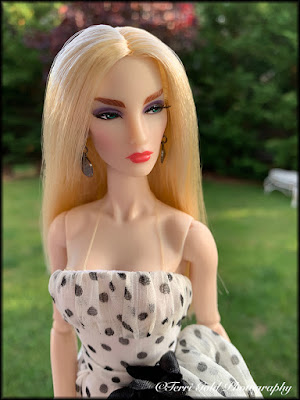 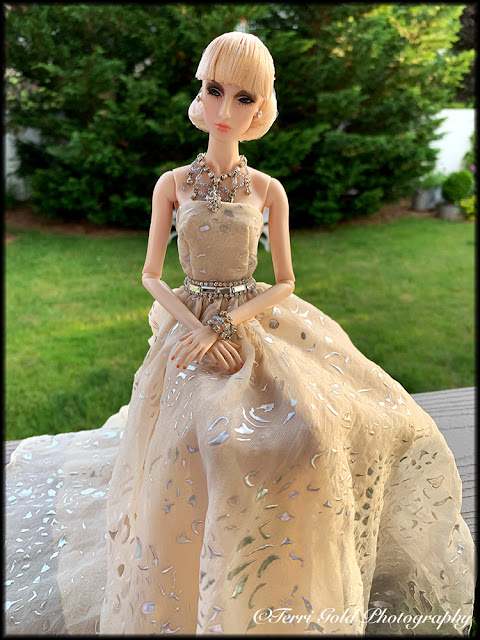 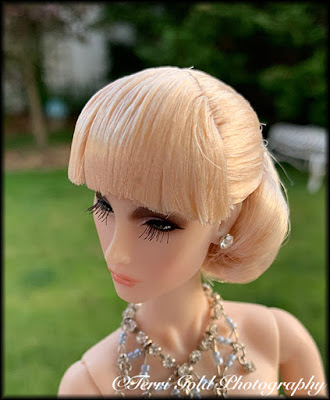 I have chosen Electra to model the latest Atelier fashion from Kingdom Doll.
The first four photos are iPhone made. 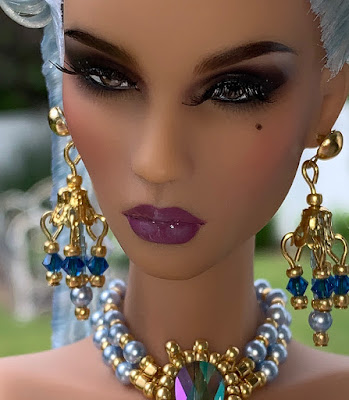 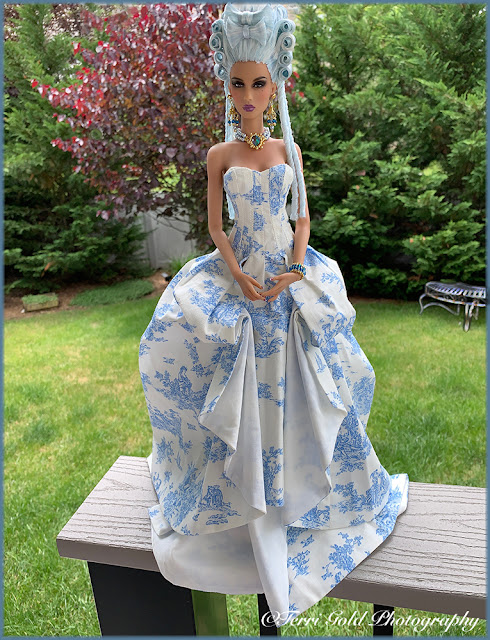 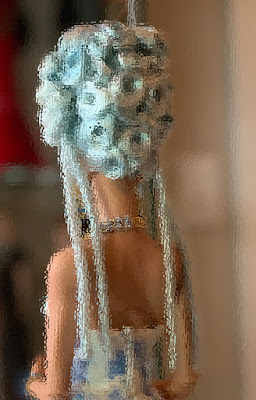 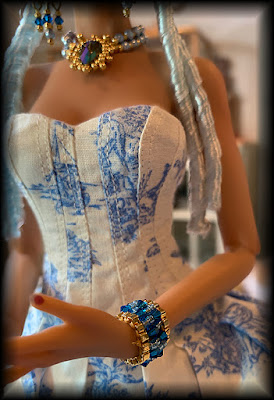 The gown was created by Amanda. The jewelry by KD jeweler, Mike and the wig by Ilaria. Shoes by Alexandra.

I did not have the gown on correctly! The front of the gown should rise up so one can see the ankles and feet. There is an additional skirt inside I was supposed to put the doll into. Sigh.
I do have it right in the following photos. 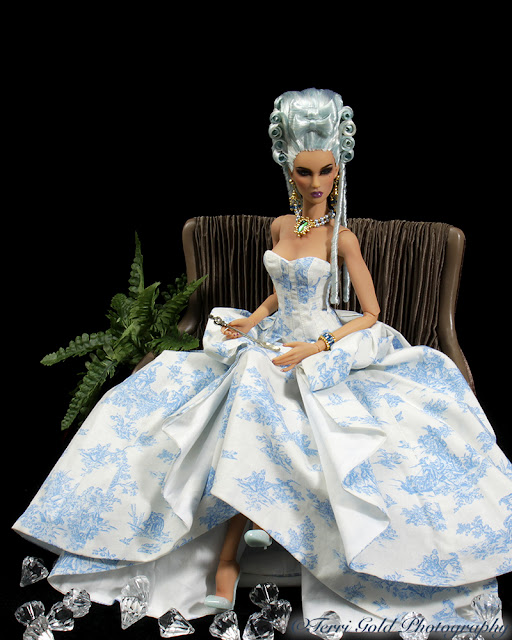 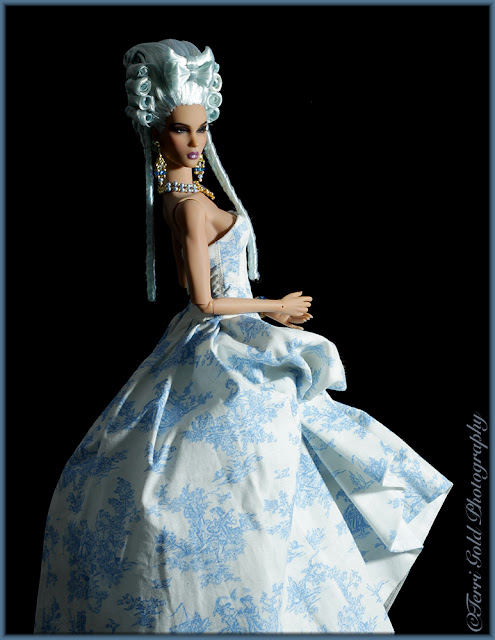 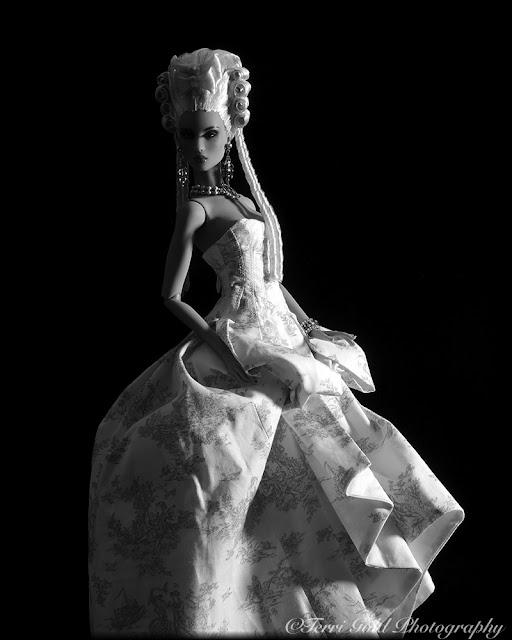