Wizard of Oz Seminar - Late Friday
John Fricke was the guest speaker. He is a "world famous" Oz historian according to the Tonner Blog. Mr. Fricke spoke about the making of the original movie, behind the scenes, Judy Garland and what it was like.

Just when you thought the Wizard of Oz was all wizarded out, Tonner Doll has come up with two cute new versions.


"This is a really exciting new line and, while we all know her alter ego is a tough-as-nails super heroine, this line is going to primarily focus on Diana Prince as a fashion icon – though there will be a few Wonder Woman themed threads woven in for good measure. We also were party to a great retrospective program taking us back through all the Tonner Super Heroes and Villains we have created over the years."

If I had attended this convention, I would have enjoyed the speakers, the workshops, the costumes collectors wore, meeting Carmen Dell'Orefice and seeing friends. As for the dolls, I had a proxy for the Carmen doll so she will be coming and I probably would have purchased the Victorian Cami in the white dress. She would have fit in nicely with my Great Gatsby dolls. I do like that fashion a lot. Otherwise, there is really nothing else I'd have come home with. I don't collect the super heroes or the little dolls. I liked being able to look at the pictures on-line.
At breakfast event on Sunday morning I wonder if Amelia or some other little doll will make an appearance.

The Ellowyne and Lizette - not very unique. They are 'been there, done that' dolls IMO.

Evangeline is starting to look more and more like a "normal" doll.  This one is very pretty.

Friday Night Centerpiece
Tyler's dress is not my taste. In this photo, the gathered areas of the skirt do not lay properly. I would not be very happy with her or her hair bump. She does have nice bangs - a rare quality in the doll world.
Update: I have seen the IRL doll and she is prettier than this photo. The dress also looks better than the promo shows.
Here she is, Carmen Dell'Orefice, with the Tonner gang. She is just so gorgeous. Wonderful photos! I love them. I wonder if she had to approve the doll prior to it being manufactured. I wonder how much they paid her for the right to make a doll of her and to appear at the event. What a great thing. I wonder if the press was there to cover it. 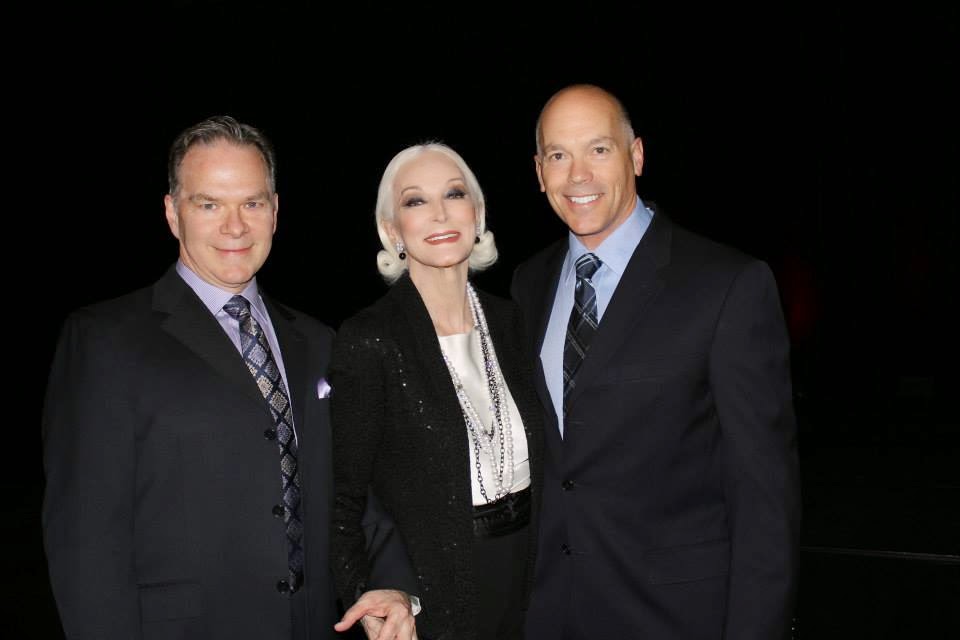 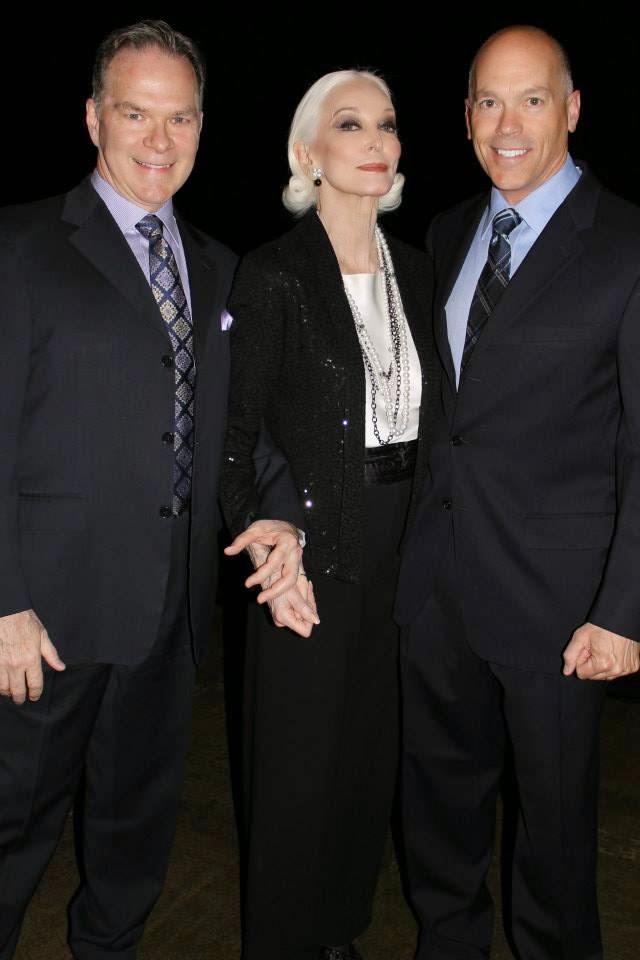 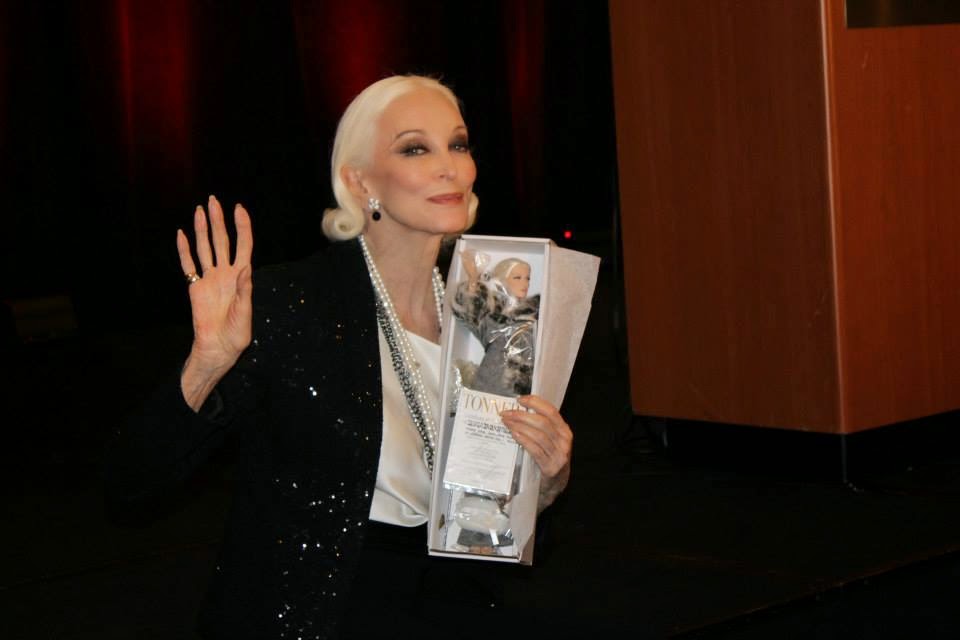 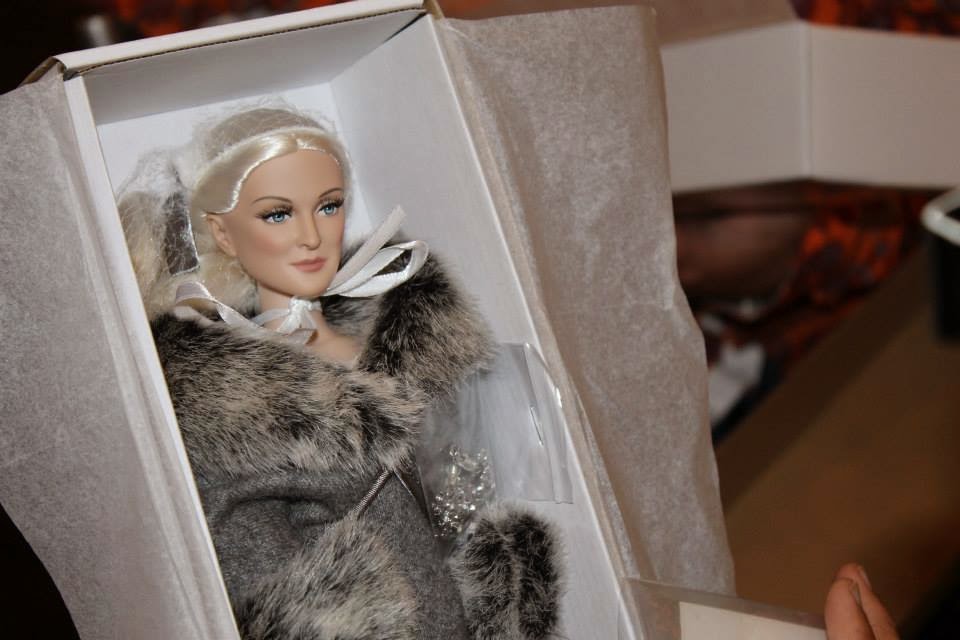 It doesn't look much like  her but I like the doll and can't wait until mine gets here. 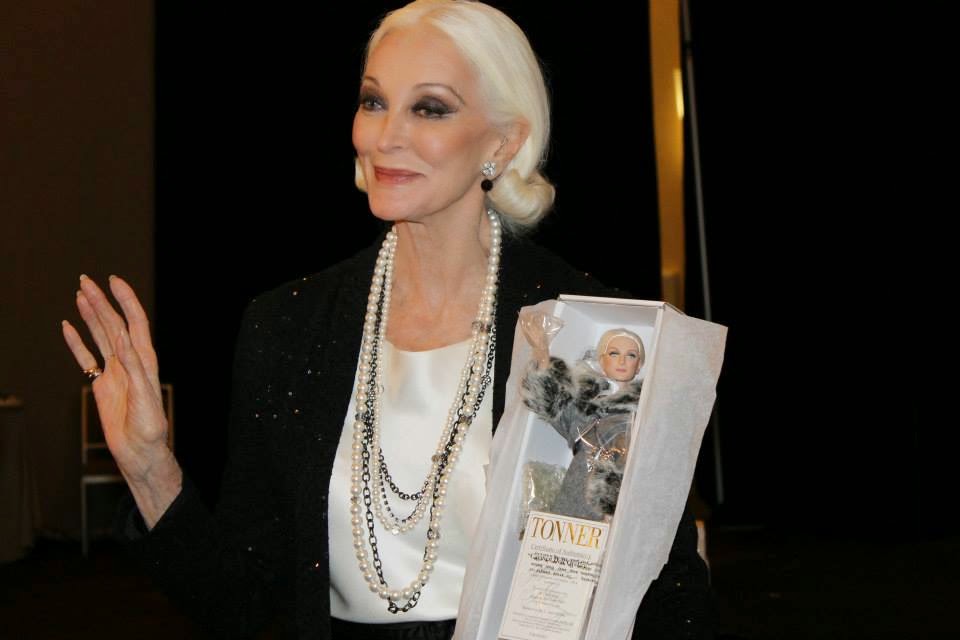 Look at her gorgeous hands, her simply beautiful bone structure and classy attire. She blows me away.

Being a member of the wonderful doll community, I get to meet the most talented people. Recently, Bobby Jones emailed me to purchase something. I clicked on the link to his blog and discovered some very cool artwork and photos.

The first that caught my eye was this group of JamieShow male dolls. I love the way they're dressed and posed. They are from left to right Tatum, Ty, Kyle and Alejandro. I like Alejandro's flocked head. I don't recall him being available this way. 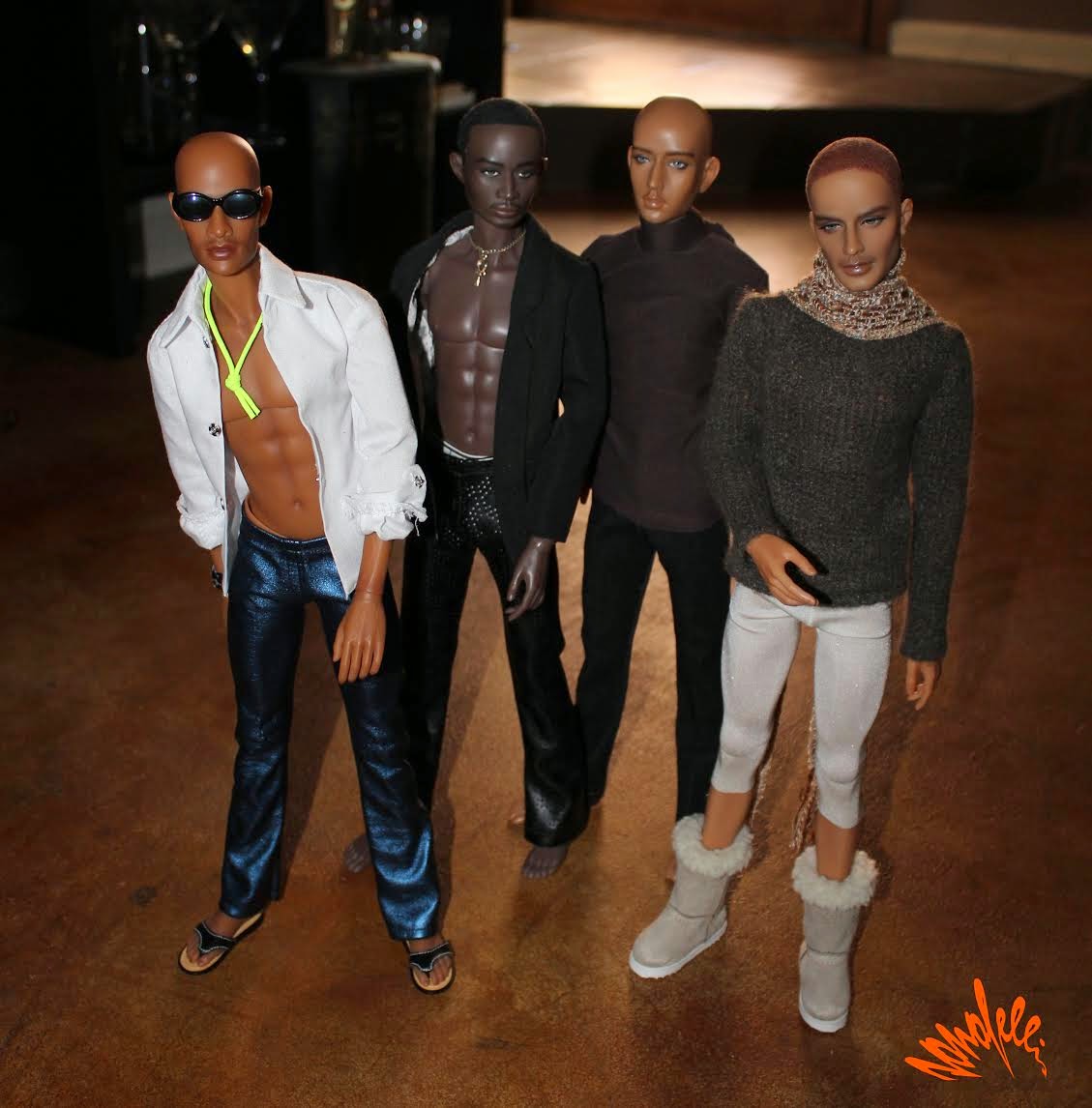 Most of you know that the Tonner Convention began on Thursday, May 15. The opening event was an ice cream party Victorian style and there were some lovely dolls available to attendees.
The Victorian dresses and hats look beautiful.
The Victorian Basic (below) was the souvenir. It uses the Kay sculpt on the Antoinette body. I'm not familiar with the Kay sculpt at all.