When Tonner introduced Antoinette in 2009, she was an instant success. My first was Cameo Antoinette.  You can do a search on this blog using the word 'Antoinette.'
The Antoinette body was used for Cami, newer Theatre de la Mode, Duchess, Jonquil, Breathless, Scintillating Ashleigh, and all Precarious.
Here is what remains of my dolls who share the Antoinette body type.

Antoinette "Hear Me Roar" wearing a dress from RnD Designs.
Hear Me Roar was part of the OZ line. There was a Tin Man, A Lion and a Scarecrow in fabulous costumes. 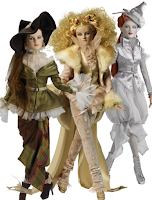 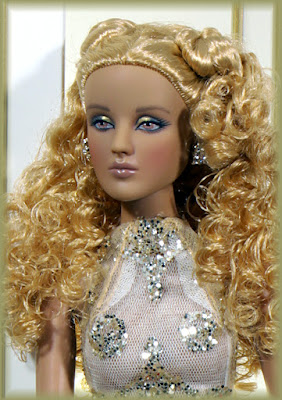 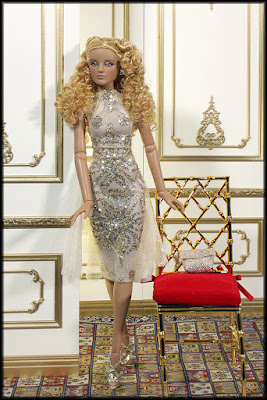 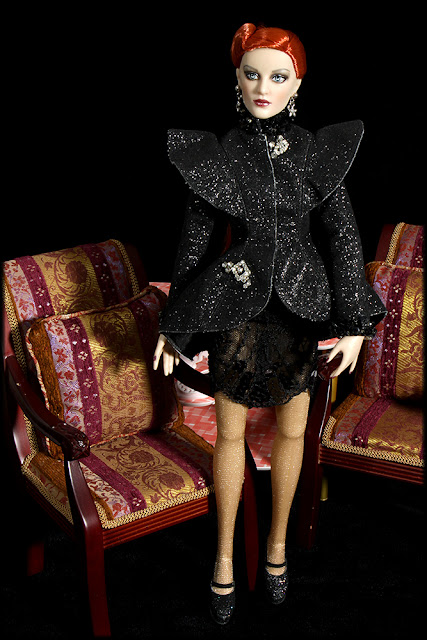 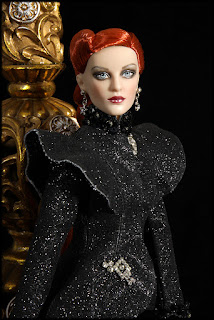 Antoinette "Simplicity" wearing New York Jet
I don't believe the name of the dress has anything to do with the football team :-) but it's awfully close.
This is another gorgeous, curly-haired Antoinette.
One of the greatest contributions Tonner Doll Co. made to collectors was the creation of hundreds of individually available boxed fashions.  It originally came with a wig and different shoes than my model is wearing. I wonder what I did with that wig. 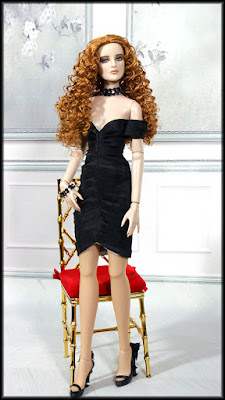 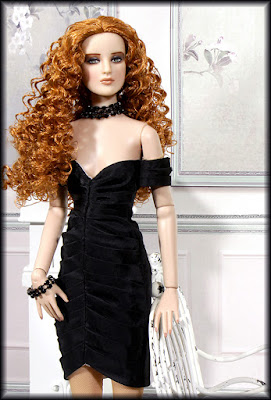 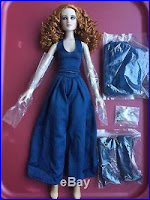 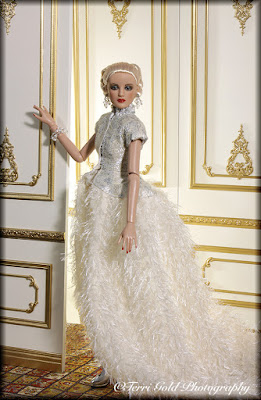 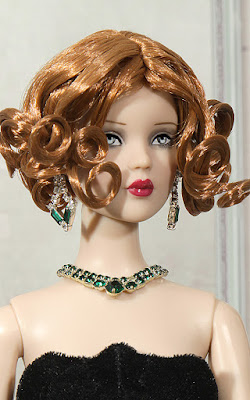 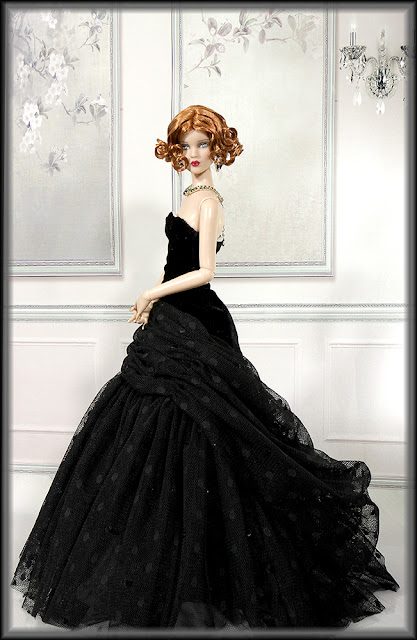 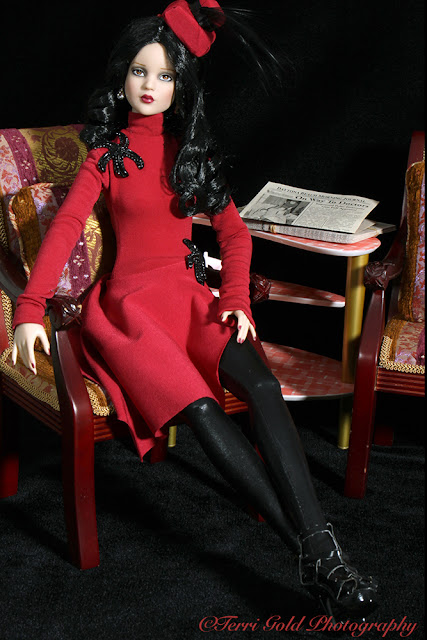 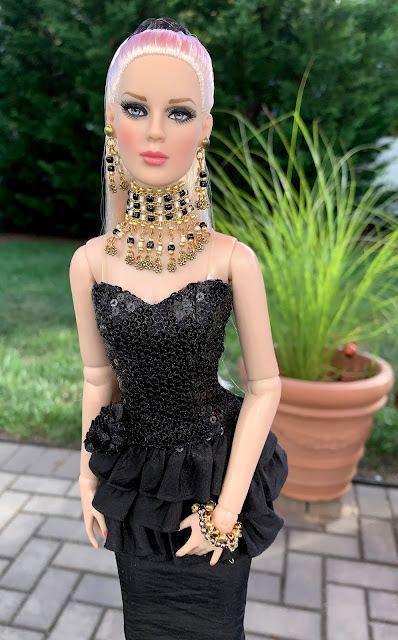 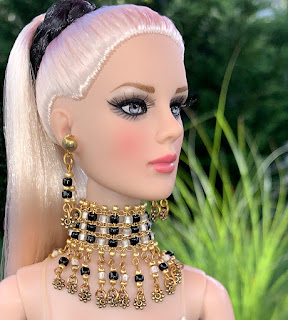 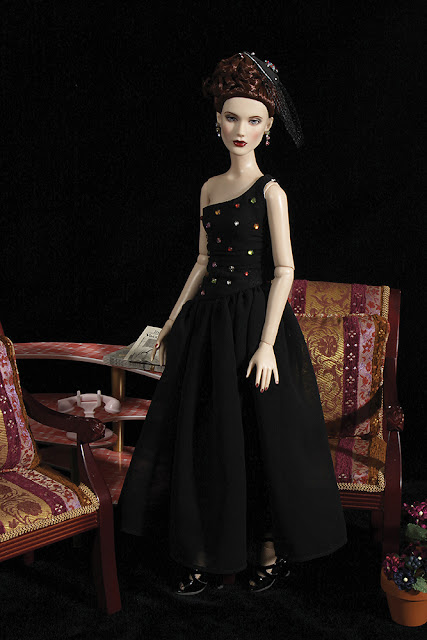 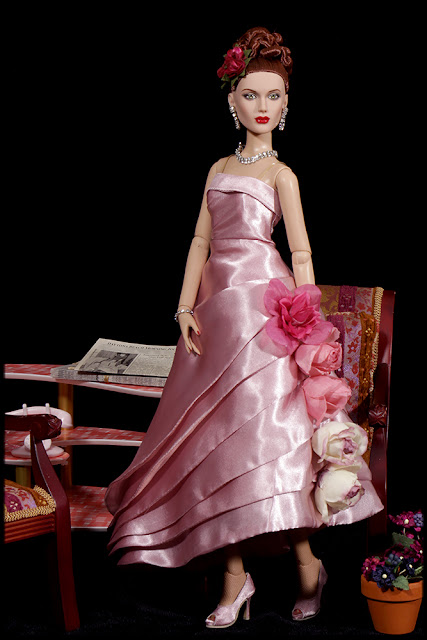 Noir # 99 (Gina Sculpt)
Wearing "Griffin Splendor"
Her hair has been taken down. 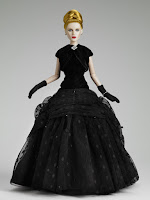