It's that time of year again for me to drool over my secret passion - baby faced dolls. I probably won't be adding new MA dolls to my collection this year as I still look for deeply discounted ones from several years ago.
For this post I will show only the 21" Cissy and 10" Cissette dolls. 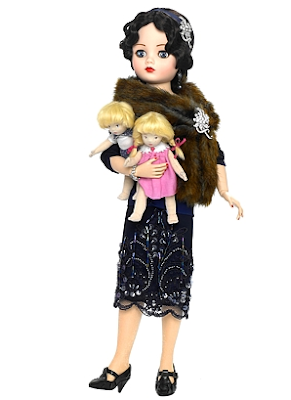 21" Madame Alexander-1923 is a fully articulated Cissy dressed as she would've been in 1923 when she began the company. Limited Edition of 125 dolls. 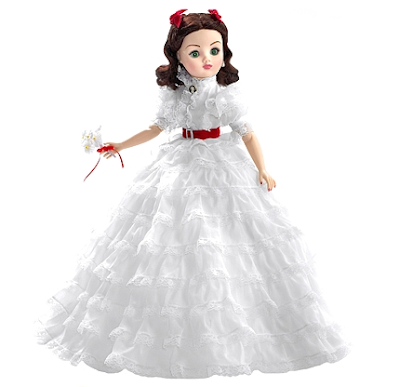 21" Scarlett O'Hara Prayer Dress is a fully articulated Cissy with green eyes and wavy, center-parted, shoulder length brunette hair pulled up on the sides and held with a red bow. 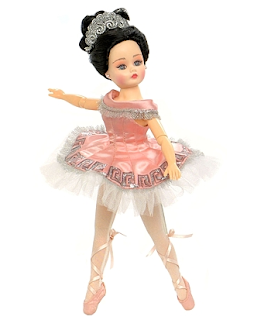 10" Sylvia From the Ballet Sylvia is a fully articulated Cissette. 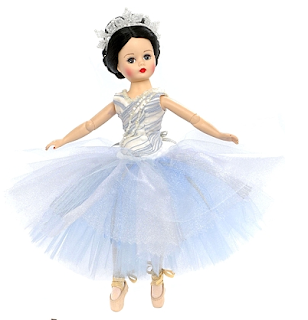 10" Snowflake from The Nutcracker Collection is a fully articulated, Cissette with blue eyes and upswept black braids wearing a magnificent white tutu. 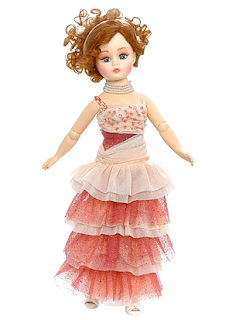 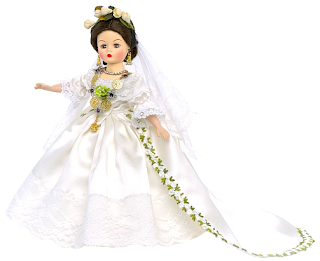 Queen Victoria, having sat on the throne for 63 years, is the longest reigning monarch in British history. She set the tone for many aspects of British life but none more so than fashion. She is a 10" fully articulated Cissette. 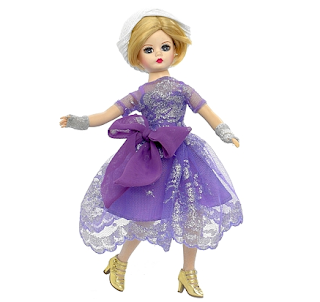 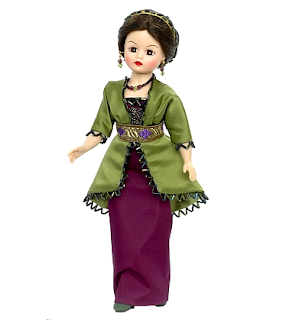 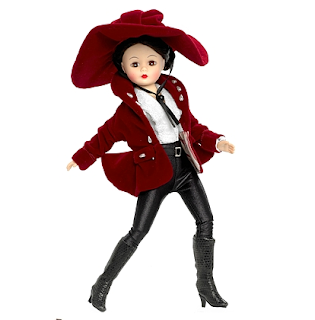 10" Theodora, who would eventually be the Wicked Witch of the West, is fully articulated with brown eyes and side-parted brunette hair that's swept to one side and fashioned into a braided bun. 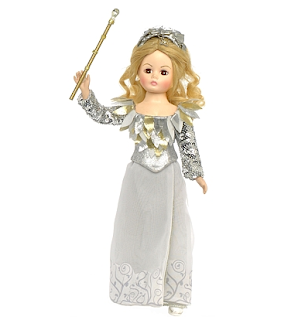 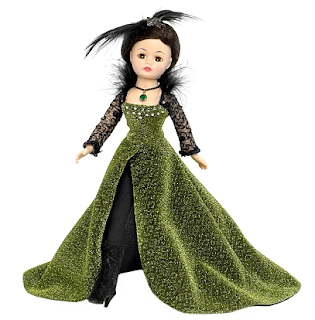 10" Evanora, fully articulated with brown eyes and side-parted, brunette hair pulled back and styled into a loose bun, looks more beautiful than you'd ever expect the future Wicked Witch of the East to look. 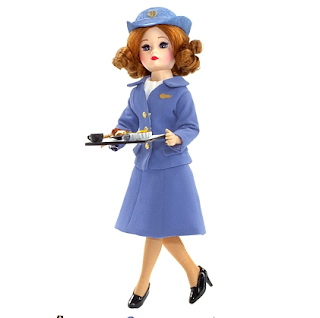 Coffee or Tea with Pan Am, a fully articulated stewardess, as they were called, with short, curly Taffy Tan hair, dressed as she would be in 1970. 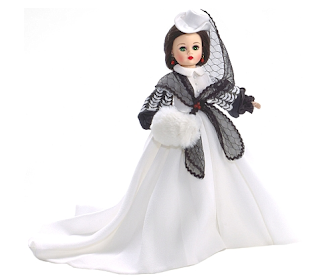 10" Scarlett O'Hara Honeymoon Dress is a fully articulated Cissette with green eyes and brunette hair pulled back to a low bun at the nape. 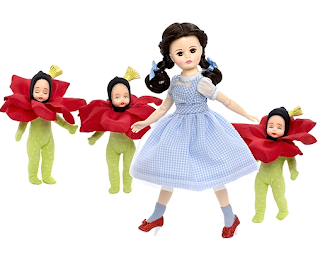 10" Dorothy in the Poppy Fields is a fully articulated Cissette. 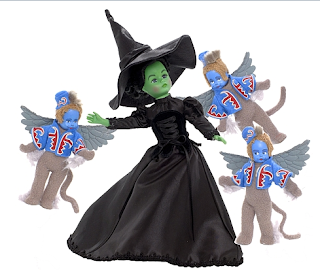 10" Wicked Witch of The West and The Winged Monkeys is a fully articulated, green-faced meanie who has dark eyes and black hair pulled up into a top-knot. 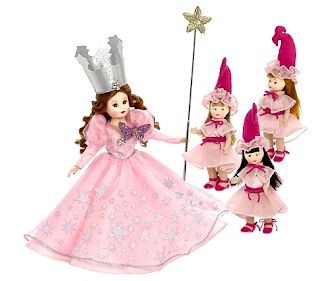 And there is so much more. If I were going to pick my favorites, I'd get the Madame Alexander 21" Cissy holding the two little dolls. The Cissette I like best is the Scarlett O'Hara Honeymoon Dress doll.  The cutest ones are the Oz dolls. So adorable!


These are just partial descriptions of the dolls taken from www.matildadolls.com who has the world's most extensive list and pictures of Madame Alexander dolls. All of these dolls can be purchased there. She also carries some Gene Marshall dolls and fashions!

Do you love the Monster High dolls? If so, watch this home made video by George Gonzalez of Angelic Dreamz. By the way, he sells the dolls...just in case you didn't know.
ANGELIC DREAMZ 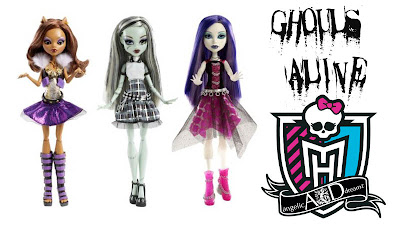 Throughout the years of my blogging, I have written about how I love Fashion Royalty Vanessa. When the 'designers' over at IT started messing with her face, they caused problems for those of us who loved her original big-eyed, open mouth look. One doll that appeared at the end of the convention in 2011 was an FR2 Vanessa called Evermore. She was just a little more popular than her very unpopular gown, many of which can hardly be given away.
Her eyes were slitty and her hair was designed in an unbalanced, off center bird's nest swirl. Not terrible but very hard-looking and not how I want my Vanessas to look. 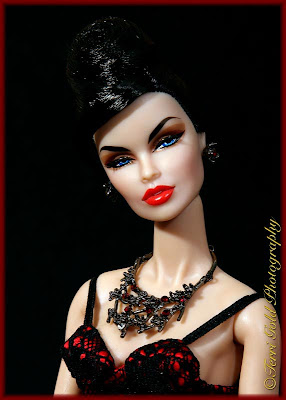 I took the nest out and cut it off in an impulsive moment. Fooling around produced this silly look. It was fun. 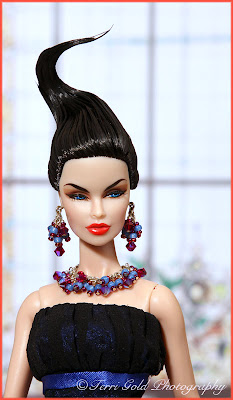 Her pointy head hung around in a drawer until a few months ago when I sent her to be rerooted. Then she hung around even longer waiting to be styled.

This was my first attempt at doing a wrapped pony tail. I used a lot of Got-To-Be-Glued hair product to hold the wrap in place. I do not understand how people use pins to hold hair in place. Pins are straight (usually) and the hair just flops around them. Obviously there is a lot about hair styling I have yet to learn. 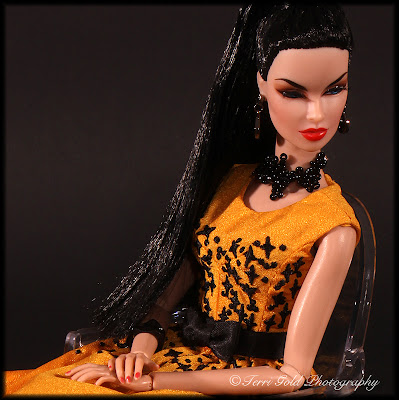 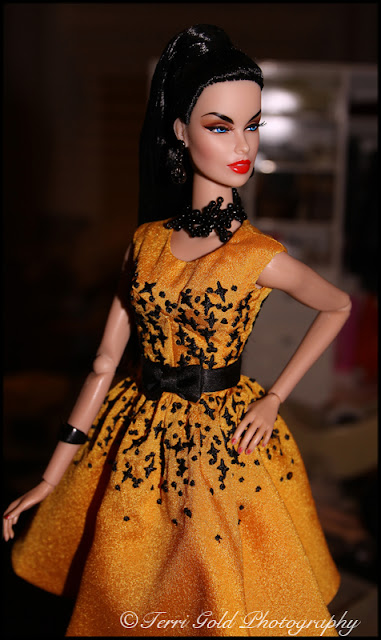 A Gown for Madra by Hazel McMahon

Every so often, I see a doll item that knocks my socks off.  Michelle in MI posted this picture of Madra wearing a gown created by Hazel McMahon. Not only is Michelle's photography top notch, the gown is mind blowing.

On Saturday, January 26. 2013 members of the W Club were invited to a webinar during which new dolls were described and shown.
Not all of IT's doll lines were included in this reveal. The most popular appears to be the new Funny Face collection designed by Chris Stoeckel. These dolls and fashions are based on the 1957 movie by the same name that stars Audrey Hepburn and  Fred Astaire. In a brilliant move, the designers decided to give each doll in the new line a different sculpt. And, instead of having a bunch of single dressed Poppy Parker-faced dolls, several of the dolls are mini-giftsets and full giftsets. The focus is on the fashion and although none of the designs is original, Stoeckl has interpreted them very nicely.

Here are several of the images with which we were presented.


There is a lottery for another gift set. This one is called "Let's Kiss and Make Up." It looks like a fabulous gift set consisting of three complete outfits and lots of accessories. Also included is a little dog. It's not a poodle but we'll over look that fact. 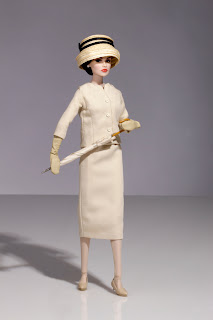 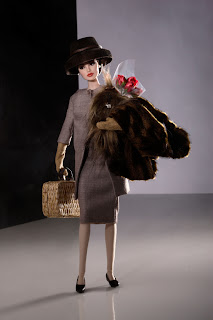 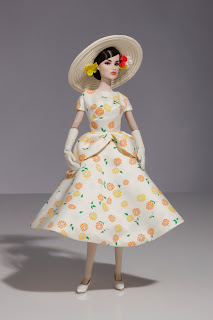 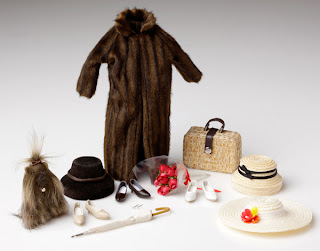 I need this giftset and will be very disappointed if I am not amongst the lottery entrants who is picked. VERY disappointed.

Another reveal was this year's Dynamite Girls designed by David Buttry. Entitled "London Calling,"  the collection consists of 7 dolls each priced at $65.  I didn't care for any of the four girls; their outfits are pedestrian. But, the two male dolls are fabulous.The layering, attention to detail and edgy styling is clear in the guys and missing from the girls. 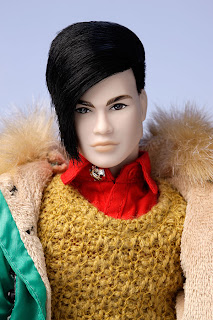 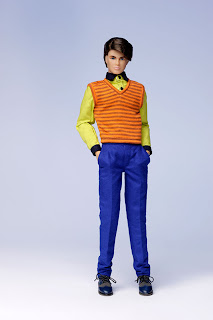 Integrity's 16" doll line has morphed into Tulabelle. The backstory sounds like a fantasy from Cosmo magazine. Here's the promo text from Integrity Toys:

Every once in a while, you meet a character that is so special and unique that you can't forget her. That's Tulabelle! She's a young influential fashion blogger and the go-to expert for the latest in trends for young fashionistas around the world. Tulabelle comes from a long line of fashion insiders and has inherited her family's extensive archive of clothing from the beginning of the 20th century to today. The highlight of the collection consists of some amazing pieces from her famous model grandmother, Poppy Parker! Whether she's hanging out with friends at her favorite thrift store or sitting front row at the hottest runway show, Tulabelle is always at the forefront of style.

There are 6 dressed dolls in the collection, one of which is a "basic" priced at $115. The others are priced at $150.
I have previously written that I prefer sophisticated looking doll sculpts more than the teen look. I think it's sad that the giant Poppy dolls and these gals have replaced the Avantguard line. They could have kept the sculpts and used the improved body. As a collector who spans both the 16" and 12" groups, I know many who loved the AG sculpts and would buy them again. But I believe IT caters to it's post-Barbie collectors who tend to prefer more youthful looks.
That being said, I did like one of the Tulabelles very much...enough to pre-order her! 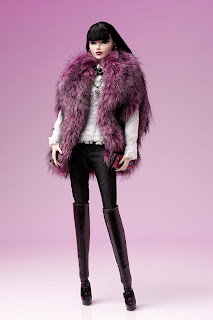 The other new dolls revealed are three Holograms from the Jem and the Holograms line. 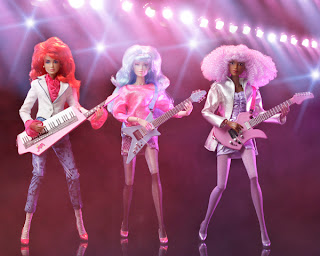