Tom in CA posted this stunning photograph of an equally stunning 'convention' Oona in honor of Sandra Stillwell's convention which is taking place now in Chatanooga. 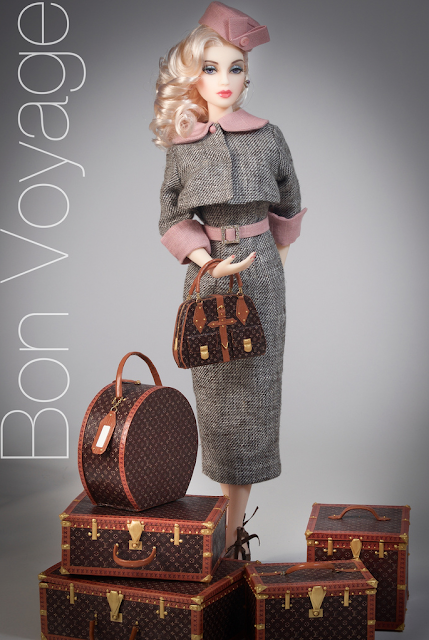 She is wearing a wig by the uber-talented Ilaria. Tom got the luggage from the collection of Ben Grundfast.
Posted by Terri Gold at 8/21/2015 11:48:00 AM 2 comments: Links to this post

At the end of May, 2015, the new "On Michigan Ave" Jamieshow dolls debuted. I ordered Alejandro and Marlena at the convention in Chicago. They arrived three days ago.

This Alejandro differs from my other one in that he has facial hair screening. I know they're supposed to have the same sculpt but I see a difference in the nose. My new one appears to have a narrower, longer nose. I guess it's possible that the casting changed a bit. His eyes look different as well. I like them both.
Here are closeups side by side. The new one is on the right. Both are wearing Chewin wigs. 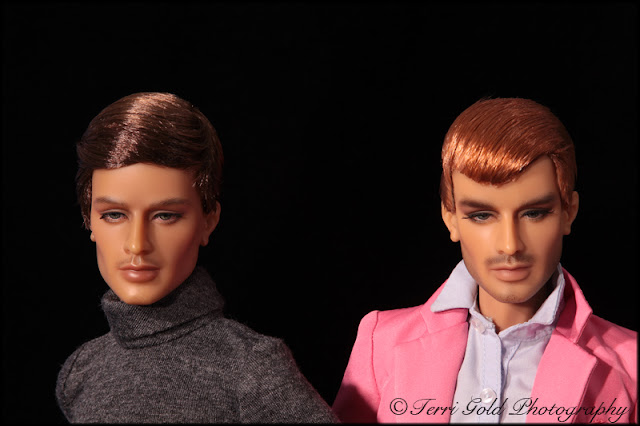 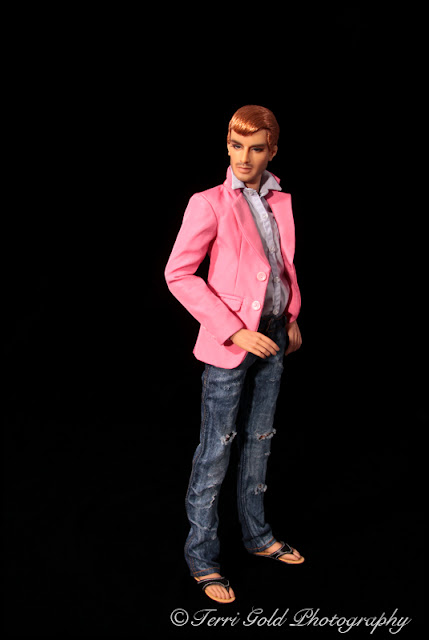 The pink jacket, blue shirt and ripped jeans are all Jamieshow products which were available separately a while back. The quality of these items are far superior to what he came dressed in. Someone reminded me that he is only a basic doll and one can't expect much. What I do expect with a $400. doll is a stand. George Gonzalez, an owner of Jamieshow Dolls, says that the reason the male dolls don't come with stands is because they're anatomically correct. That is not a good reason as far as I'm concerned. All my dolls are on stands unless they're sitting down. I'd never display a resin doll without a stand. His junk doesn't keep the stand from working in any way especially when he's dressed.

Marlena has an unusual look with her very pale resin and sharp features. When I started playing with different wigs, I saw more possibilities. In these photos, she is wearing a Chewin wig meant for Sybarite dolls. Her fashion is a Superdoll outfit called "D-I-V-O-R-C-E."  It fits pretty well except in the bust area. Marlena has a smaller cup size. 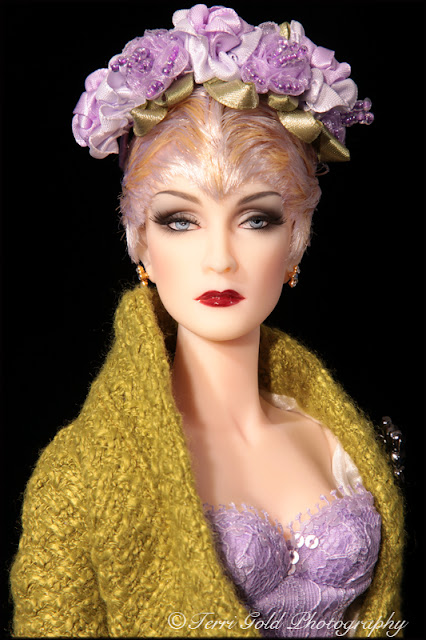 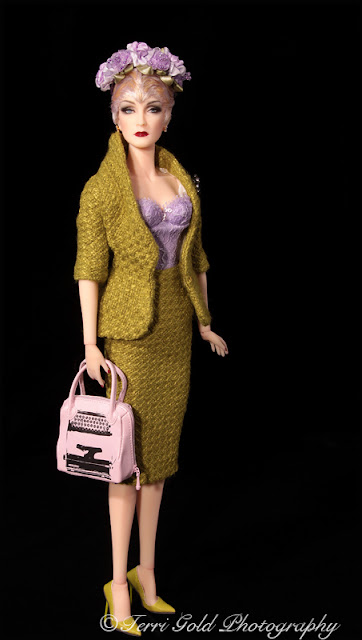 She has a look that can kill. With those piercing blue eyes and thin, mean lips she is not a doll for the faint of heart. I enjoyed putting a flowered hat on her. It's so opposite from the vibe she gives off.