The ultimate destination for a late-afternoon drink, the bar of the Hôtel Plaza Athénée inspires Christian Dior to design what would become his first show’s statement suit. Among the ninety looks in this audacious collection, the Bar has been the most adulated and reproduced in the fashion press since 1947. In a duo of sober colors, its architectural silhouette sets itself out as the New Look emblem, perfectly combining all the features of the new Corolle and En Huit lines. The construction of its ivory silk shantung jacket, with its snug collar and rounded peplums, is entrusted to Pierre Cardin, then premier of the atelier tailleur. He cuts with an almost mathematical rigor, with a multitude of darts and cutouts. Because what Christian Dior is seeking is to “slim down the body without losing the waist.”

But during the first fittings on the model Tania, the peplums lie flat on her narrow hips. Some padding is necessary... The young tailor then has the brilliant idea of going to the local pharmacy to buy surgical cotton wool that he folds like an accordion to create the desired volume. And it works! The black pleated wool skirt requires almost twelve meters of fabric, not counting the tulle petticoats. And to give the design even more refinement Christian Dior revives a forgotten tradition by giving it a lining of three meters of percale and taffeta. After a hundred and fifty hours of work, the Bar is born.

Having become a House reference, this legendary suit lends itself to endless reinterpretation. In all the other Christian Dior collections, one comes across the subtle curves of its silhouette, which affirms itself as the identifier of the Dior allure. The couturier’s successors have endlessly reinterpreted it, right up to Maria Grazia Chiuri, who revisits it seventy years later with a transparent skirt and a message t-shirt in her ready-to-wear spring-summer 2017 show. 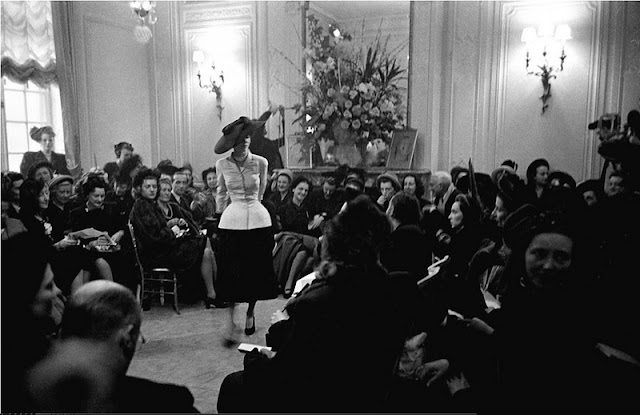 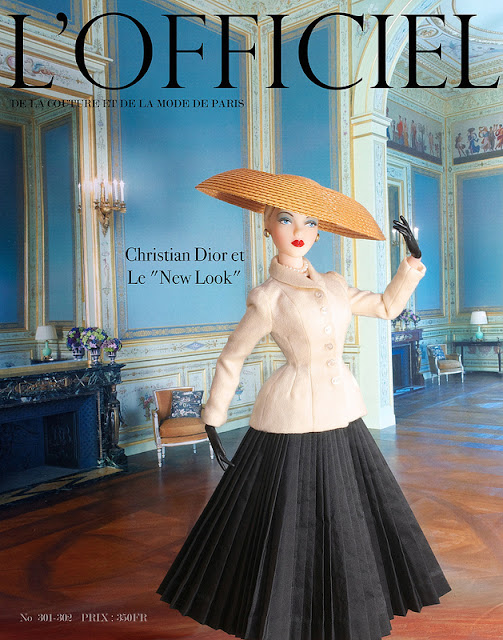