On 9/14/09 members of the W Club received an announcement of an exclusive Avantguard fashion that is going to be available only to members. It is called Fashion Fuel and the edition size will be according to the number of orders placed. 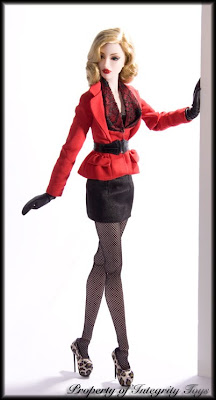 It comes with a wig, jacket, belt, slip dress, shoes, gloves, fishnet stockings and stud earrings and is priced at $110.
My first impression:
—I like the shoes.
—The mini dress is probably cute but you can be sure that the stand will not fit between the doll's legs in that outfit.
—I'm not a fan of belted jackets but if the jacket were all black, the look might have been less jarring.
—There is too much going on with the jacket: peplum detail, gathered pocket flaps, lace-covered, draped second lapel all squished up with a belt! Perhaps I've been watching too much Project Runway. I don't see this as taking a design risk; I see it as trying to put everything into one piece.
—The wig might be "Old Hollywood" glamorous if it were combed properly.
—The last time an outfit contained faux leather gloves they looked like black potholders. Look at the thumbs and the length of the hands in the picture. The gloves do not fit properly. At least one can be thankful that the doll's hands have not been dipped into black paint.
—The Avantguards, like the Sybarites, do not have attractive joints and the fishnet stockings don't do anything to improve the appearance of the vinyl beneath. 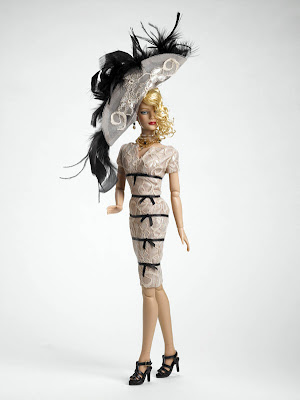 The theme this past week on Prego was "Let's Hear it For the Boys!" The many and varied male dolls posted were hunky and fabulous.
In particular, Dalila's post blew me away. Doll after doll - she posted 16 - was drop dead gorgeous and photographed beautifully. I could not choose a favorite. I picked one. Then I changed my mind. This went on for at least one hour. I just kept looking at the pictures and fell in love with each one. Here's Thor. 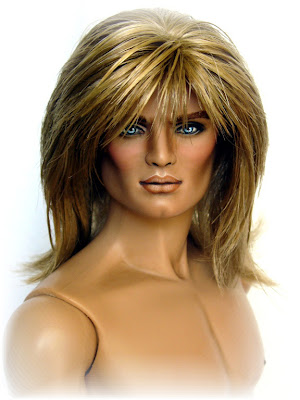 Dalila told me that Thor is a former "Cole" ("Super Hero" male body sculpt) that has had an extensive makeover (all done by {her}): re-sculpted cheekbones, full repaint, haircut and style with rooted-in additional hair and "champagne blond" highlights. Loosely inspired by Dolph Lundgren.

Here is the original Aquaman. What a stunning difference. 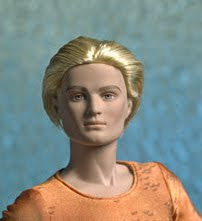 If you would like to see more of Dalila's wonderful dolls and great pictures of them, click here
and here.