Since seeing Tonner's Claire Fraser dressed in the big gorgeous red dress she wore to attend the French Court in the eighteenth century. I've been obsessed with trying to find photos of Claire's actual costume including her shoes. There are hundreds of images to be found on the internet but none better than these that show the entire shape of the gown with detail. 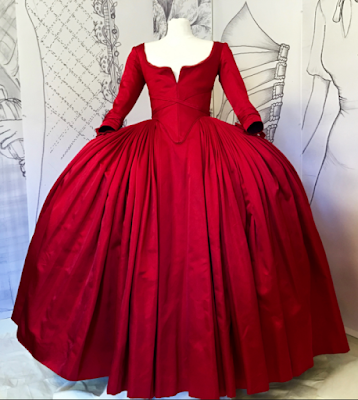 In these photos, one can see that the voluminous drape of the skirt is not created with pleats but with insanely full and tight gathering of fabric which would be nearly impossible to recreate in a small scale. The waist drops to a V in the front and the bodice is very low cut. 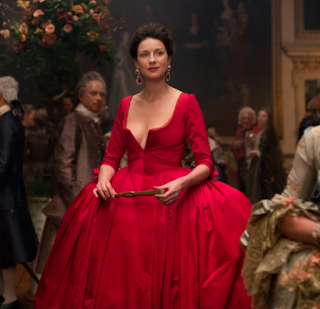 There is no opening in the fabric at the front of the skirt as there seems to be on Tonner's gown. 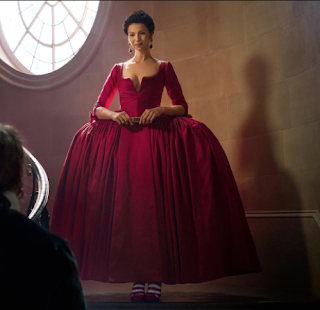 Here is Tonner's gown with the two areas of concern. In order to create the fullness of panniers, their pattern maker created a seam with pleats. I think it looks awful. The other area is the flap at the front of the gown.

I realize that production must take into mind costs of construction and the scale but I would have preferred some other solution. 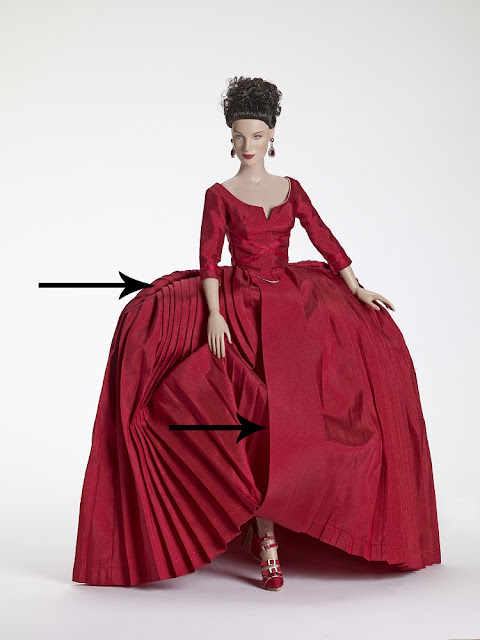 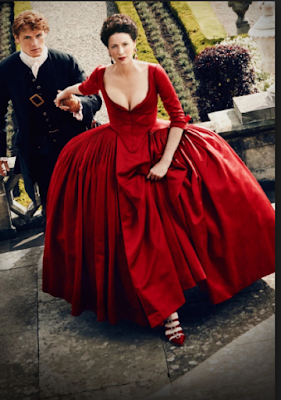 The actual shoe worn by the actress: 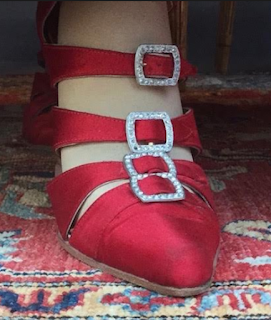 
Happily Ever After sent out notification of the arrival of this long anticipated doll. Sadly, one still cannot see her face. Neither does the gown show well. What is going on with the pleating? It looks like one side is pleated and the other is mildly pleated.
I hope this is just the photographer's blunder and not the actual gown. This is a promotional photo after all and not the actual doll.
I did not order the doll. I'm waiting for Jamie.
Posted by Terri Gold at 1/23/2018 07:48:00 AM 4 comments: Links to this post