Integrity continues to release fabulous male dolls and today I was able to put a deposit on Rashad. He reminds me of Captain Jack Sparrow or perhaps Johnny Depp is on my mind?

"Award-winning sound engineer Rashad Rouissi is all set to hop on a new adventure to help his friend and collaborator, music industry mogul Darius Reid, put Tae Min's hot tracks over the edge!"

"With his unique ability to "paint" with music and superior engineering skills, this guy is the one and only magician every recording artist needs on their team!" 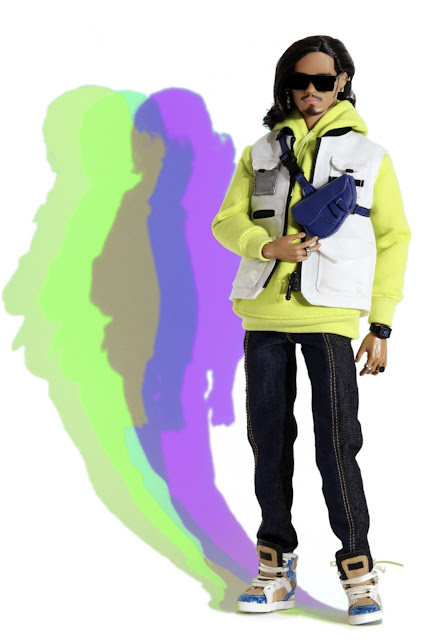 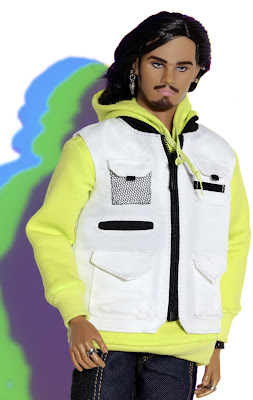 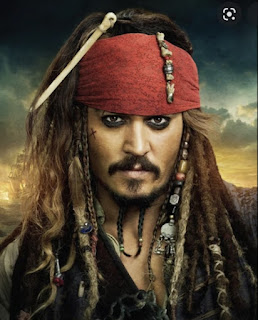 Rashad is part of the new Homme collection and is only available via lottery directly from IT.

This is what buyers will receive. 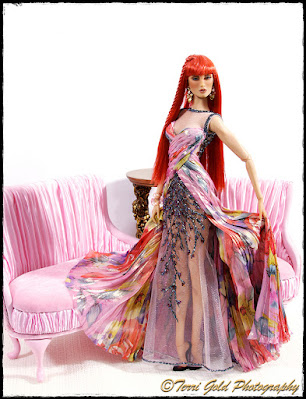 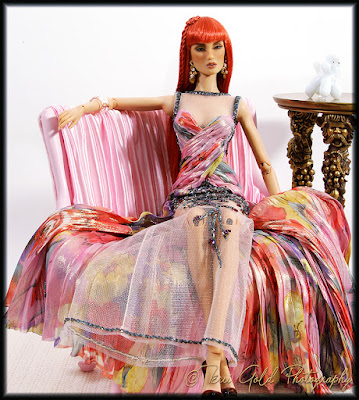 This is part of an email that the W Club sent out to all members today.

While we liaisons are preparing for the 2022 W Club year ahead, we thought it would be fun to take a look back at the 2021 membership year's exciting offers and opportunities only made available to you, our valued 2021 W Club members!
The listing below extends beyond what was guaranteed at registration and doesn't even include all the "first to know" information that members received throughout the year, allowing you to get in on the action before members of the general public! 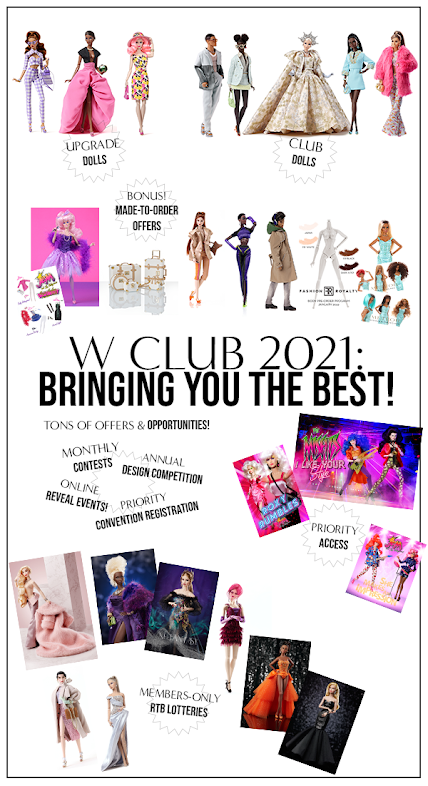 2021 Recap...
For those of you who love made-to-order pre-orders, that is 19 different offerings (one with 8 choices!) that were guaranteed made-to-order just for being a W Club member, between the 3 Upgrade dolls, 5 Club Exclusive dolls, 1 Convention bonus luggage set, 2 W Club Event Convention Package Souvenir and Centerpiece dolls, 1 guaranteed Open Edition Agnes pre-order, 1 "Mood I'm In" JEM AND THE HOLOGRAMS doll and 1 "Music Medley" fashion pack, 8 Dolly-Days replacement bodies, and 4 bonus Dolly-Days Monarchs Home and Meteor dolls and wig packs!

It is a lot of stuff! There is a good deal of variety in there and I am sure that many members are very happy.

For myself, I got the Elyse Jolie "Bijou" upgrade doll whose outfit I sold immediately and I was lucky in the RTB lottery for the new sculpt doll, 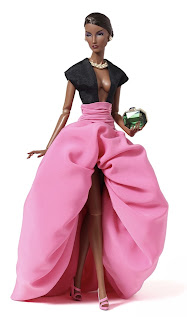 In addition, I ordered two Meteor Wig Accessory Packs which consist of three 1:6 scale wigs each. These should be interesting. I do hope the quality is good. 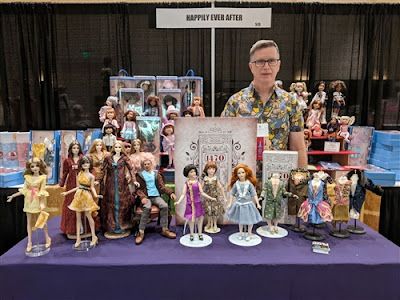 Doug James is the owner and creator of the C.E.D. and “S” Series lines of 19-inch fashion dolls and the 16 inch Somers and Field line including Willow and Daisy and Violett and Gabby fashion dolls now in resin.

Doug’s entry into the fashion doll world was completely unexpected. . .

He graduated from Eastern Michigan University with a degree in Theatre Arts; the study of acting, directing, costume and set design. At the time he assumed any design work would be in a larger scale rather than smaller.

Moving to Manhattan after graduation Doug used a variety of his many talents. He worked at the Julliard School of the Arts in the costume department as well as for the Brooks-Van Horn Costume Co. He spent two seasons as Artistic Director for the Shady Lane Playhouse, a professional theatre company outside of Chicago.

Back in New York Doug created millinery (and still does) for the Broadway stage for such plays as: Phantom of the Opera, Will Roger’s Follies, Guys and Dolls, Nine, Candida, Streetcar Named Desire, St. Joan, Beauty and the Beast, and recently for Aladdin.

For several years Doug worked with John Noble at the Museum of the City of New York restoring antique French fashion doll clothing. He made four one-of-a-kind dolls that were exhibited there. He taught theatrical millinery for graduate and undergraduate students at Rutgers University for over ten years.

Doug works on film as a costumer and milliner. Among his movies are Mona Lisa Smile with Julia Roberts, Kevin Costner’s Wyatt Earp, Wolf with Jack Nickolson, Guarding Tess with Shirley Maclaine, Sabrina, A Muppet Christmas Carol, Muppet Treasure Island, Muppets from Space, The Good Shepherd with Angelina Jolie and Matt Damon, The Secret Life of Walter Mitty with Ben Stiller, The Muppets with Jason Segel, and the recently released Muppets Most Wanted with Tina Fey.

Doug is an Assistant Wardrobe Director on Saturday Night Live and regularly works on PBS’s Sesame Street, plus the Late Night show with Seth Meyers, and The Tonight Show with Jimmy Fallon. He is a two-time Emmy award winner for his work in television.

In the fashion doll and collectible doll world, Doug has produced award-winning designs for the Gene doll for the Ashton-Drake Company. He has also designed for the Madam Alexander, Knickerbocker, Horsman, and Integrity doll companies.

At this point, Doug has created over a dozen fashion doll characters in well over sixty different “editions” in four different fashion doll lines accompanied by a vast assortment of costumes and accessories plus a variety of fashion doll one-of-a-kinds.

Along with solid U.S. sales, he has also developed an active international market. Some dolls have been award-winning. Both C.E.D. and “S” Series fashion dolls have appeared in unique venues like the Bloomingdale Holiday Windows in New York. C.E.D. doll Claire graced a CD album cover for a popular techno-rock musical group.

I have no idea why that last post was sent out. I did not compose or compile it. All I did today was add a bunch of stuff to my sales pages.

Thanks for your understanding!