Kingdom Doll's newest 16" resin fashion doll, Brunel, was named for Isambard Kingdom Brunel who lived from 1806-1859 in Great Britain. He was an accomplished mechanical and civil engineer involved in the building of dockyards, railways, steamships, bridges and tunnels. 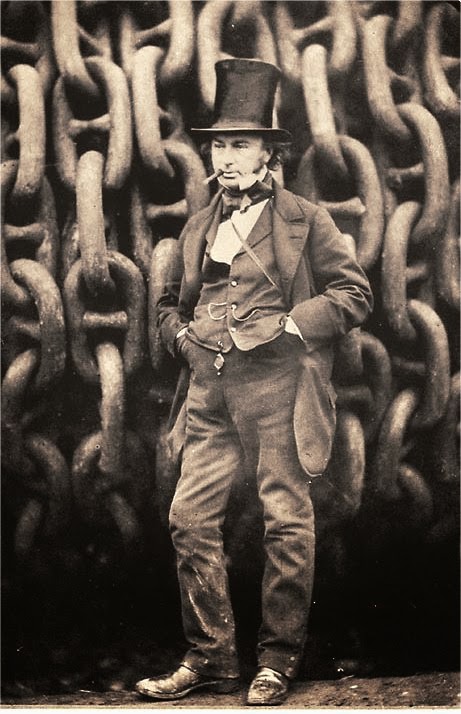 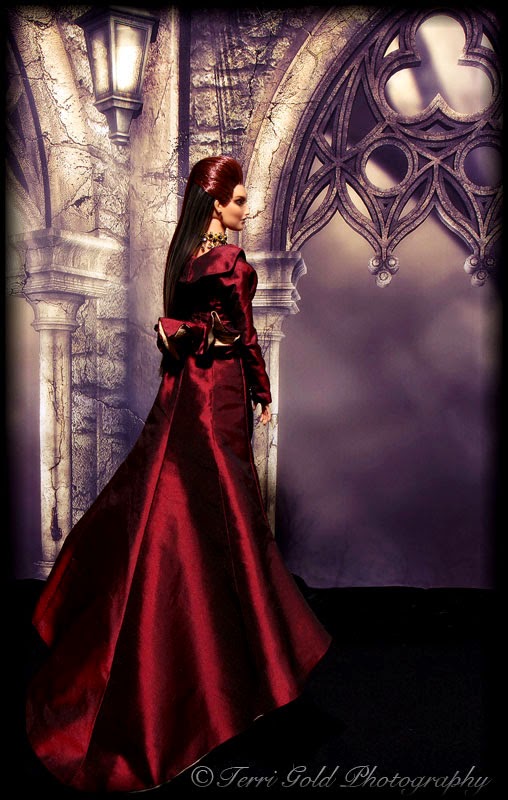 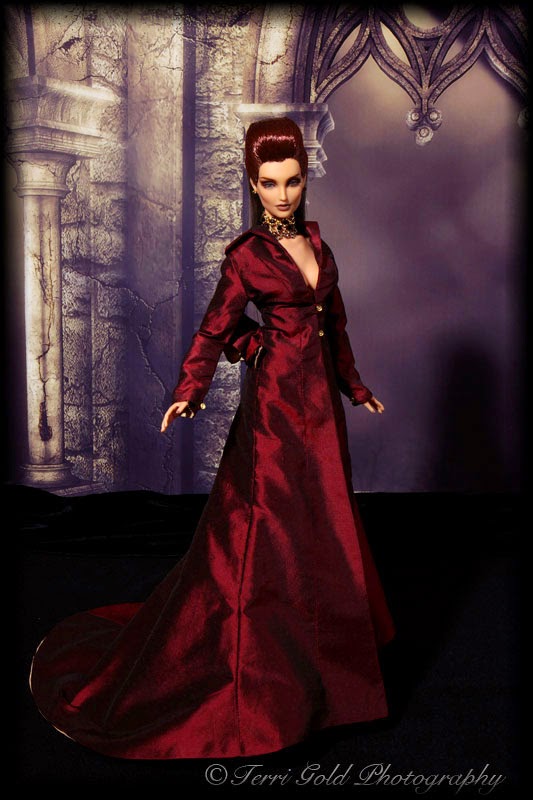 Brunel wears a long silk coat dress with a ruffled peplum in the back. Under her coat are black sequined leggings and black short boots trimmed in metallic gold. 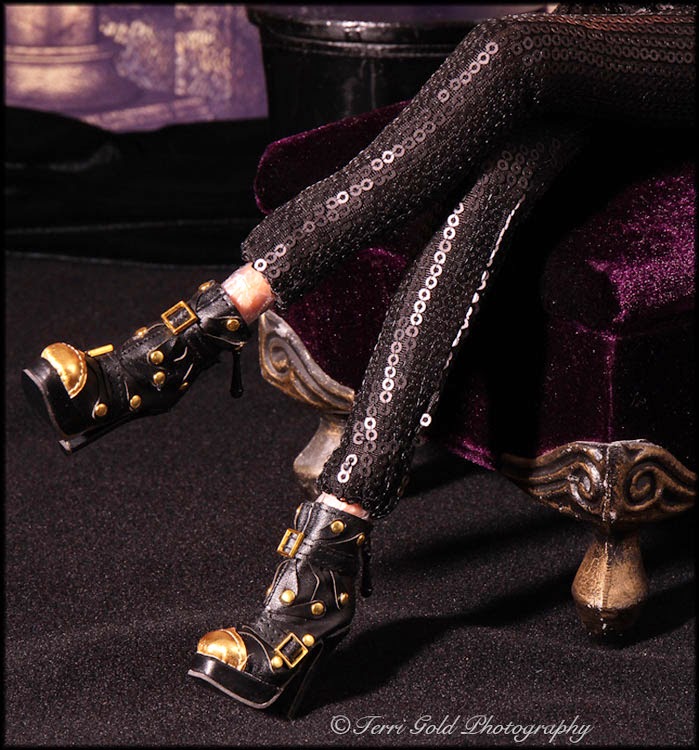 Her choker is woven of black and gold beads with a magnetic closure by Mike Austin.

The crowning glory is a most dramatic tall wig of mahogany over blended silver and black by Ilaria Mazzoni.

Ayumi Nakamura is a character who was introduced to the NuFace (originally called Model Behavior) collection in 2007. That doll was called Miracle Child. If I remember correctly, the Model Behavior dolls were quite popular. Ayumi wasn't as popular as Erin, Colette and Giselle.
The next Ayumi incarnations were London by Night in 2008 and Sunset Rave in 2011. By that time, the Model Behavior line was called NuFace and many new characters had been added. Ayumi seemed to have faded away along with Nadja and Colette. 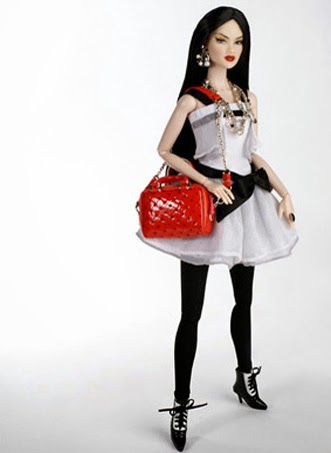 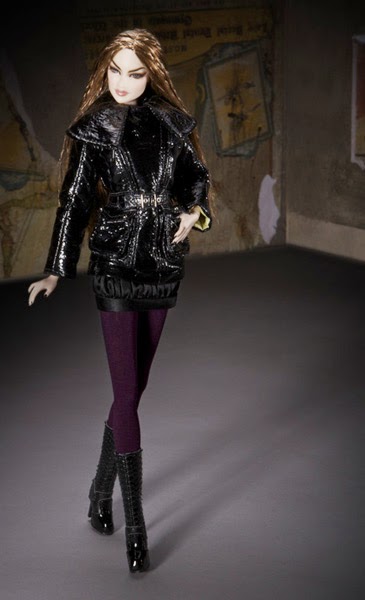 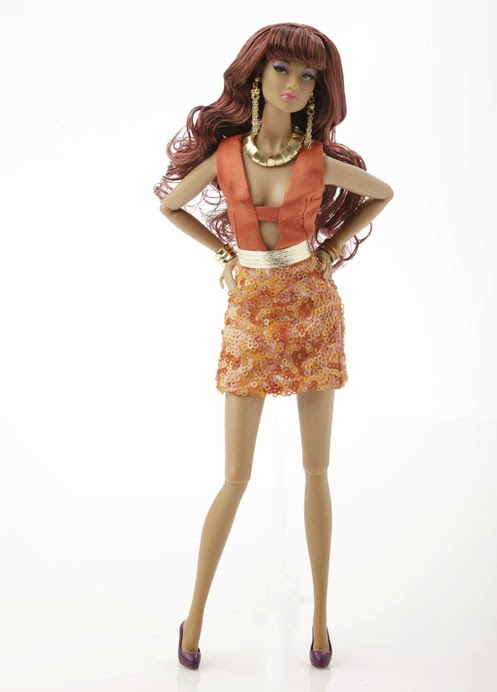 Surprisingly, Ayumi popped up in the FR2 line as Luminous in 2011 (below, left)  and Opium in 2012. Luminous was not a popular doll and although her dress was quite pretty, her face was not.  I'm not sure what sculpt Opium uses. She has grown on me and in a close-up is very beautiful. Of all the aforementioned Ayumis, she has remained in my collection. She was a change from the first Ayumi sculpt. At that time, the IT designers were mixing up the sculpts like crazy. I don't have a clue as to whether or not Opium's sculpt is a mix from other dolls or a new sculpt entirely. 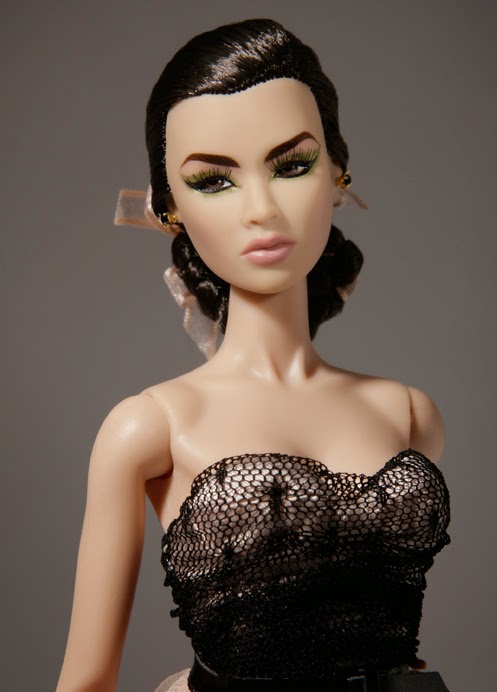 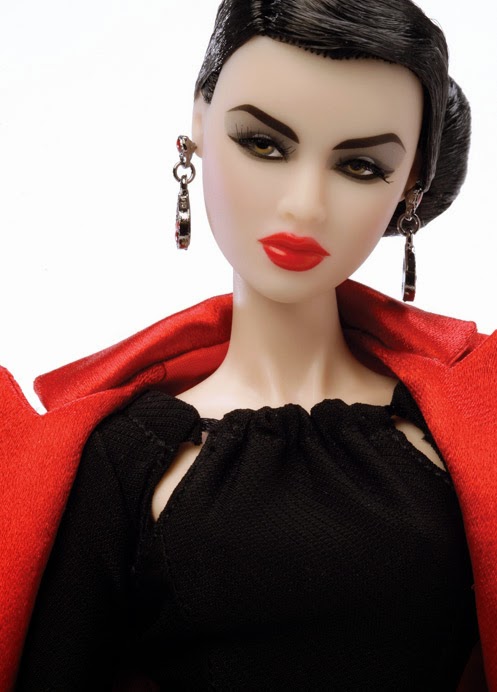 The third sculpt is totally new. She looks beautiful. The screening is lovely. Her youthful and glamorous hairstyle and the sequined qi pao made her a keeper in my collection! 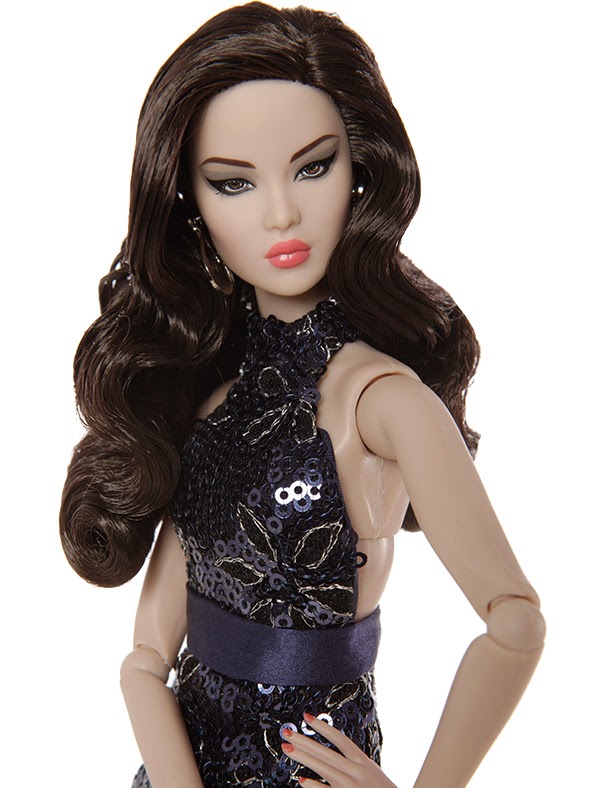 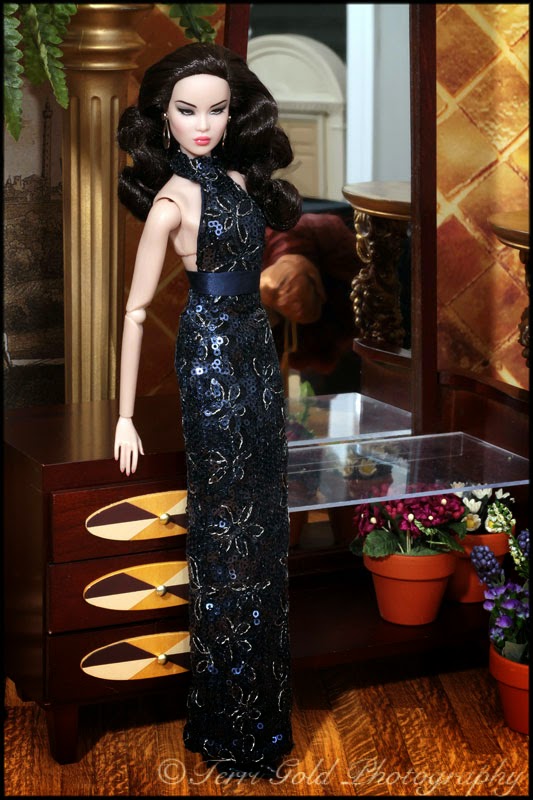 "Le Smoking" Adele received rave reviews by collectors. She's been compared to The Muse Adele, (2008), widely held to be the most beautiful Adele ever produced. For this version of Adele, they went back to the Adele 2.0 sculpt. Hopefully, they will keep it there as 3.0 is dour. 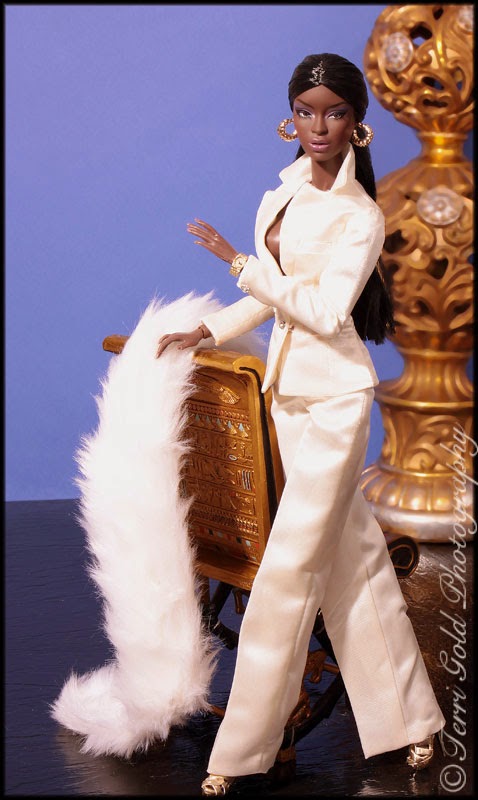 Via Venetto Adele (2004) from the amazing Voyages Collection was my first ever Fashion Royalty doll. I have a fondness for that sculpt but I do like 2.0 more. In the photo below, she is not wearing her original fashion. 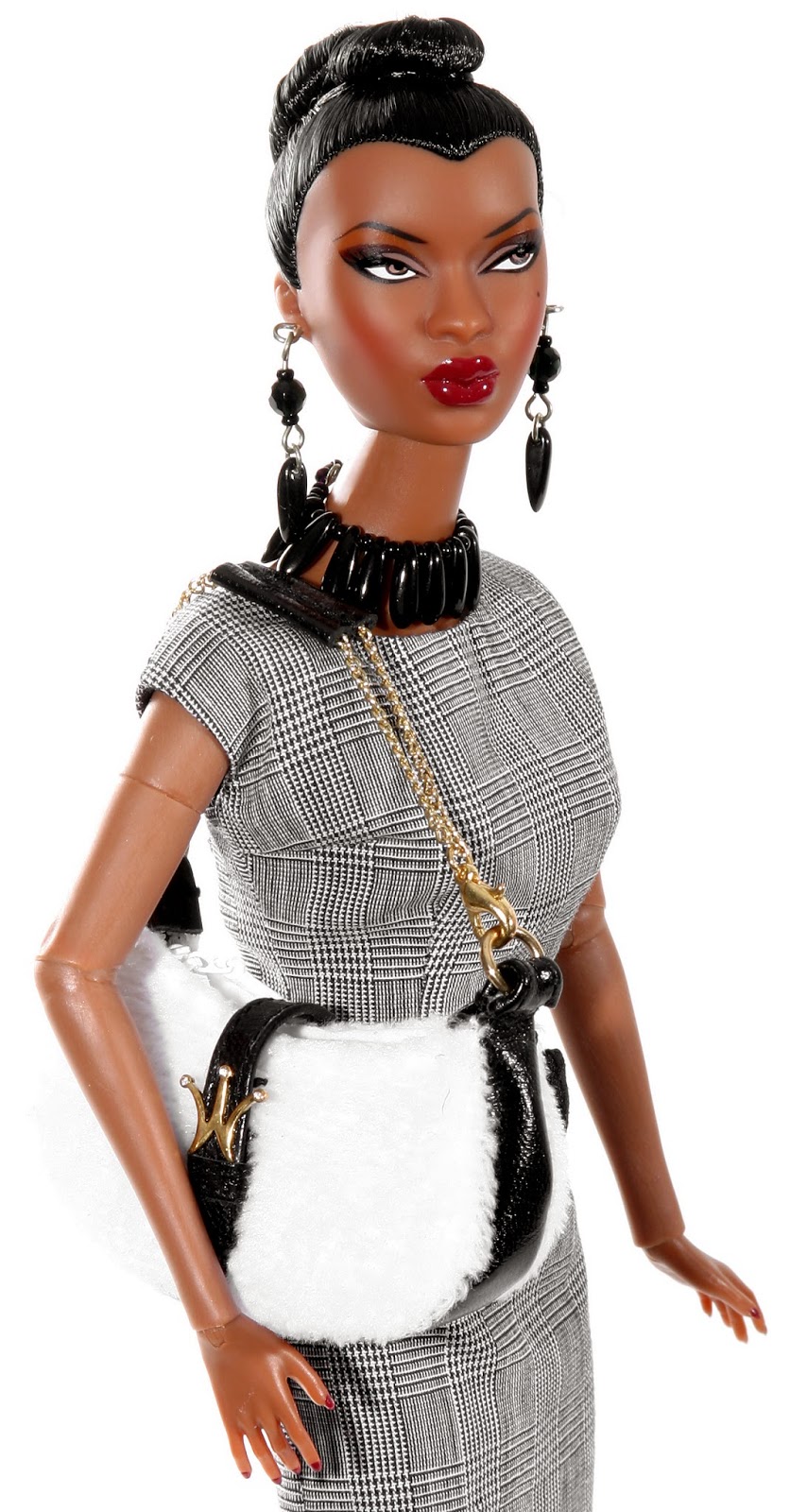 Graphic Language Adele (Graphic Flirtation, 2004) used a new sculpt. This doll is still very popular albeit not on her original body. 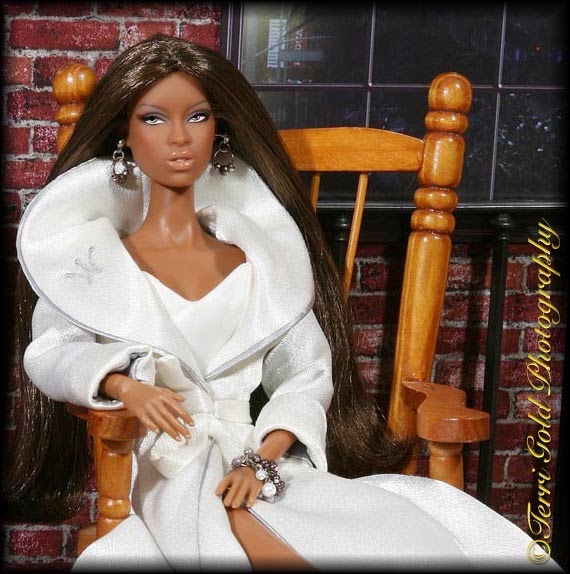 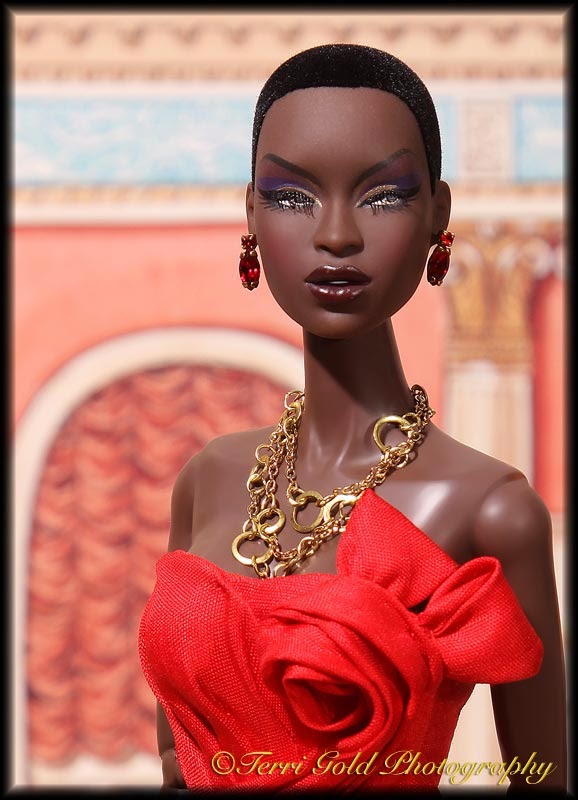 In 2011, Adele 3.0 was introduced at a convention as part of a two doll gift set called Style Counsel along with Veronique. What a hot mess these two turned out to be. Veronique needed a different hairstyle and Adele needed her old face back. 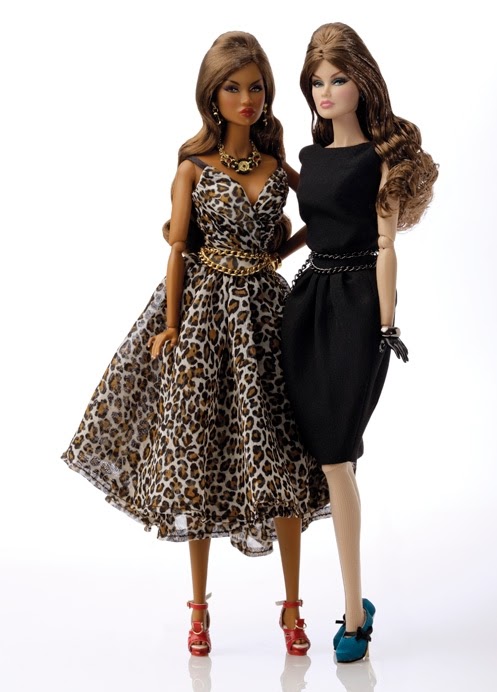 In 2013, Adele was released as an ITBE doll. She appears to be using the 2.0 sculpt. This image is by Julia Leroy who restyled the hair and designed the jewelry. 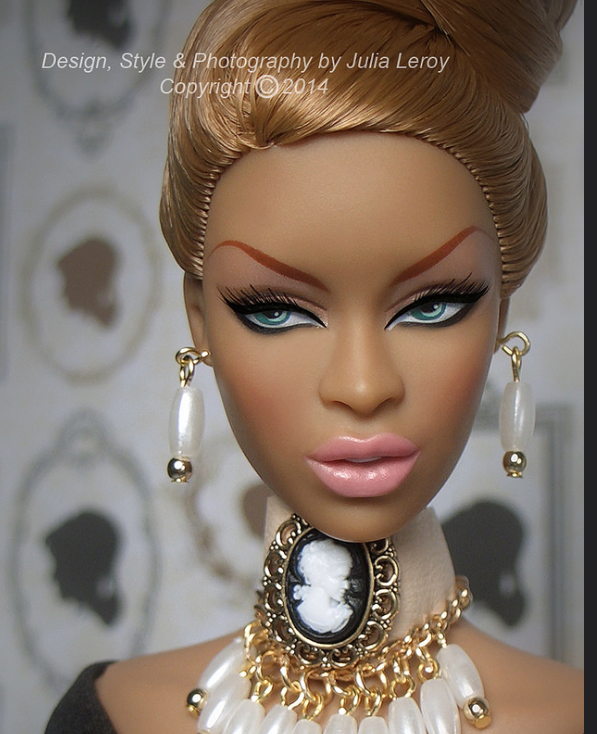 I call this 2014 FR2 version What Were They Thinking? It is really named Vivid Encounter. 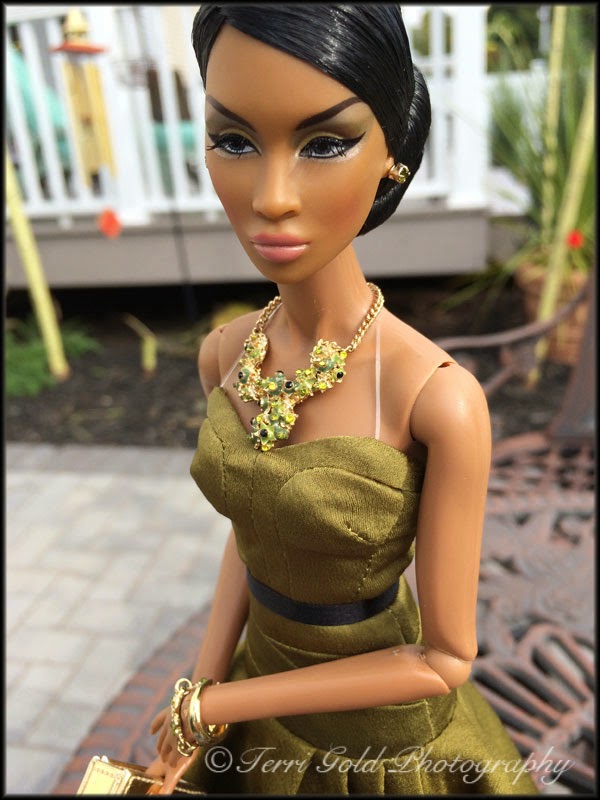