Quarterly Rewards Are A Terrible Thing to Waste

I know many read and agreed with my post in which I pretty much trashed the Fiorella Silkstone. As the end of the first quarter of the BC.Com was coming to an end, I desperately searched over and over again for something to buy there. On March 17th, they offered a discount of 17% off everything. Between that discount and my $20. reward, I ordered Fiorella. Before shipping, the total came to $21.50. Shipping added another $9.95.
My thinking was that I would sell the nude doll and the outfit and that I would at least break even without losing my $20 reward.
Of course I was expecting a freaky looking doll but was pleasantly surprised that she looked better than her promotional photos! That was a first.  I shot a bunch of iPhone pictures which follow.

I don't remember getting a Silkstone in a black box previously. Is this something new? 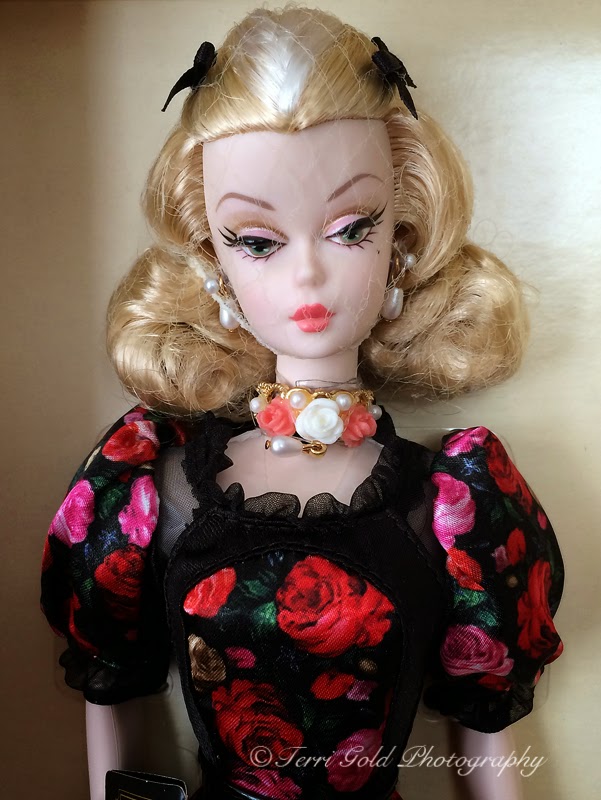 She's a nice looking Silkstone. Her forehead is not as pronounced as it appears in the promos. 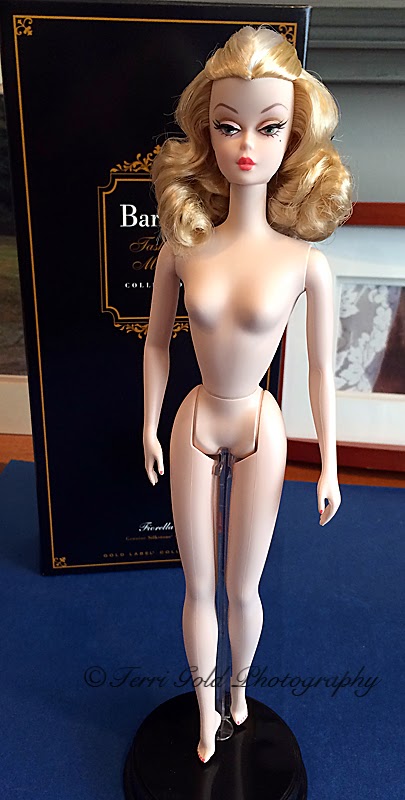 Her hair is a lovely blend of blonde with platinum and is in good condition, front and back. 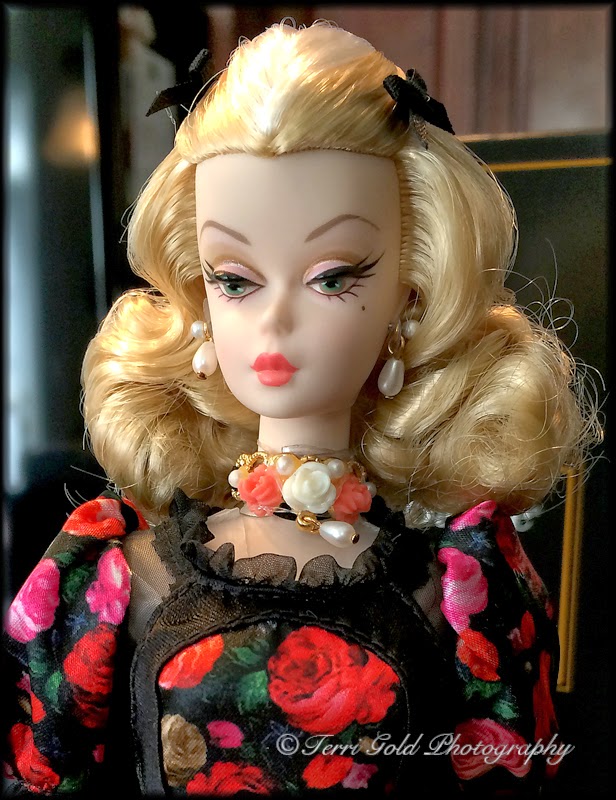 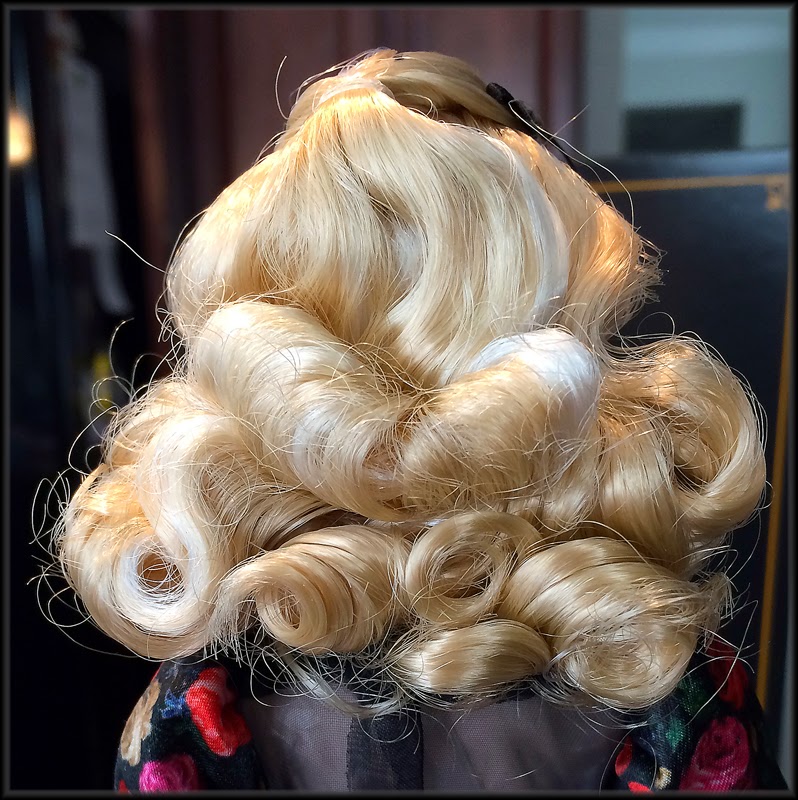 She is protected with sewn-on crinkly plastic material from neck to knee. Earring protectors are in place as well. 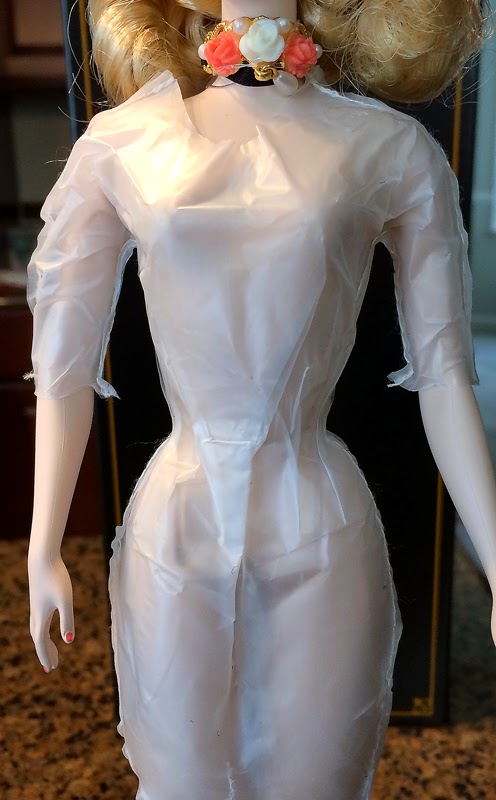 Dress closes with snaps. The belt is attached to the dress. 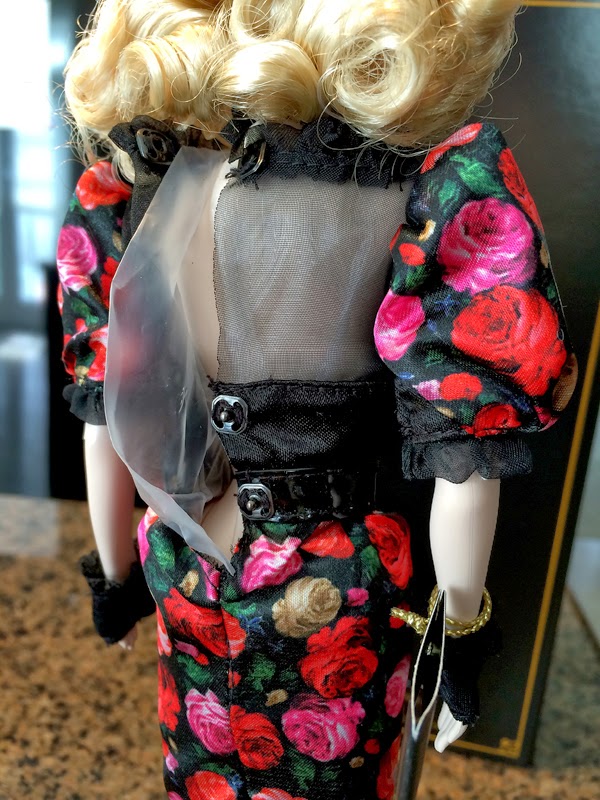 The only issue the doll had - her shoes do not go on over the heavy stockings. I dont' know if it's clear enough to see but the shoe is rubber-banded on even though the foot doesn't go all the way in. If I were going to keep her, I'd take the black knee-his off anyway. 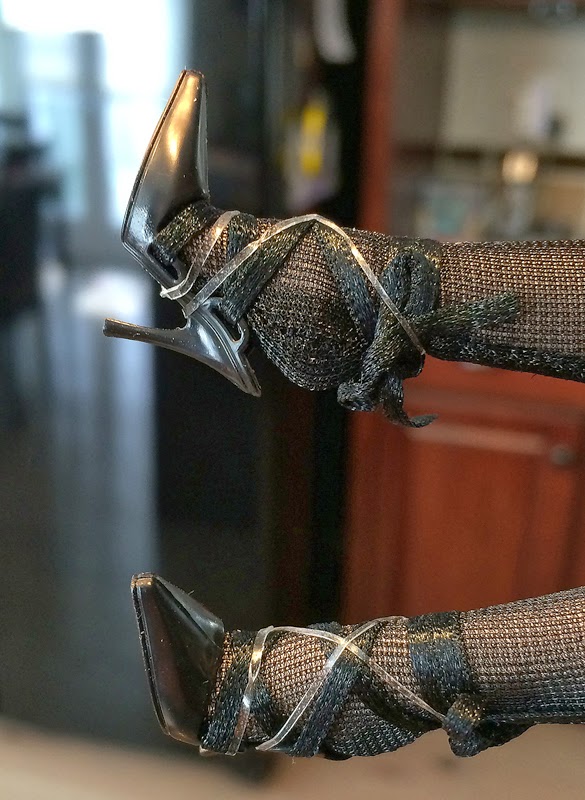 I did sell the doll and fashion separately and came out ahead but I'm still disappointed that there is nothing I really want from Mattel. Three more quarterly rewards to go and I do not need a Barbie cake plate.