Alice Cullen is my favorite character from the Twilight series of books and in the movies. She is also the latest addition from the Tonner Doll Company to their Twilight line of dolls.
I think she is adorable with her "Ashley Greene Head Sculpt", 16" Ballerina bust Tyler convertible body, amber eyes, wigged hair and cameo skintone. She is wearing a reproduction of an outfit she wore in New Moon.  The retail price of Tonner's Alice is $139.99 and she is expected to ship in September, 2010. 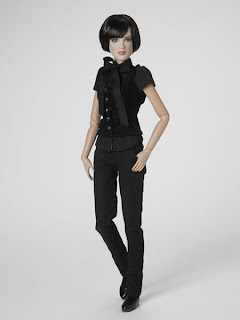 Here is NECA's prototype of Alice. It was shown at the New York Toy Fair in 2009. I could not find this one for sale. 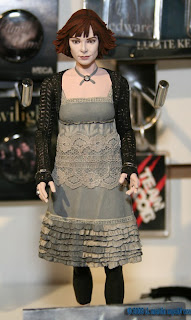 Here's another from NECA being sold at Amazon .com. I cannot locate a better photograph of this doll. She is obviously wearing the same costume as Tonner's doll.  This one is only 7" tall and is called Twilight "New Moon" Alice Cullen. Price at Amazon is $39.95. 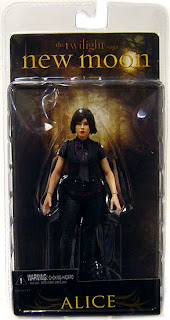 Finally we have the Barbie Collector Twilight Saga "Eclipse" 11" Alice doll for $24.99. This doll will ship in August, 2010. This one has the cutest face and changing the shirt to white was a good idea. It would be an even better idea to make all the dolls with a pivotal body. A vampire has to move, doesn't she? 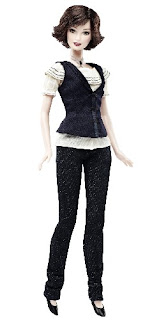