NEW YORK (AP) — A toy company is suing Lady Gaga for more than $10 million, claiming the pop star sabotaged a deal to make a doll in her likeness that would play snippets of her music.
In a suit filed in New York City on Tuesday, MGA Entertainment, the maker of the popular Bratz doll line, said it paid a $1 million advance to the company that handles Gaga's merchandizing and spent a mint racing to meet deadlines to ship the dolls this summer.
The dolls were to feature some of the singer's outlandish costumes, as well as a "voice chip" with samples of her songs.
But the toy maker said the plan was derailed in the spring when the merchandizer, Bravado International, abruptly tried to back out of the part of the deal allowing the dolls to use the singer's music. MGA said Bravado then tried to delay sales of the doll until next year, when her new album is expected to be released.
The toy company claimed the singer's representatives ultimately stopped cooperating with the project while she went on a world tour. MGA said her refusal to sign off on the final doll designs is jeopardizing $28 million in expected revenue from the fall shopping season and holding up orders from 10 countries.
A representative for Lady Gaga called the lawsuit "ill-conceived" and said there was "no legitimate reason" to drag the singer into a dispute primarily between MGA and Bravado, a subsidiary of Universal Music Group.
Bravado issued a statement through a spokesman calling the lawsuit "meritless."
In the lawsuit, MGA's lawyers claimed that Lady Gaga's representatives were initially thrilled with the doll prototypes, although they had asked for a few tweaks. In one email cited in the lawsuit, Bobby Campbell, the vice president of Gaga's management company, the Atom Factory, asked if the doll could be "more supermodel-like" with "more of a cat-eye and sexier, poutier lips." He also discussed a doll with a removable head that would pop off to reveal a bloody stump.
"We would like to see options with and without a bloody stump for comparison," he wrote. 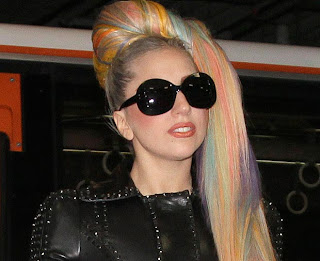