Jem and the Holograms

Hasbro, Inc. and Integrity Toys, Inc. have partnered to produce a line of Jem and the Holograms dolls. The price range is projected to be $125.
The image above is Jem. She will launching at 2012 Comic-Con International in San Diego. This doll will be available for purchase at the Hasbro Toy Shop booth #3329 during Comic-Con International in San Diego at an approximate retail price of $125 and following the convention, at www.HasbroToyShop.com.

Hasbro and Integrity Toys are in business to make money. That's the bottom line.

"As children of the 80's ourselves, working on this project with the Hasbro team was a dream come true for our entire team. JEM AND THE HOLOGRAMS has been a major influence for us," says Alain Tremblay, marketing director of Integrity Toys, Inc.
"We wanted to remain true to the spirit of the original doll line, while paying homage to the animated series, which is something that we as JEM AND THE HOLOGRAMS fans always wanted through the years," says Vaughn Sawyers, Integrity's head designer.

Bryony Bouyer, Sr. VP, Global Franchise Development for Hasbro said: "We wanted to pay homage to the characters and offer collectible dolls to fans that would showcase the essence of their favorite characters.  We admire the high quality dolls produced by Integrity Toys, so this relationship made perfect sense."


Not being a child of the 80's or a fan of Jem and the Holograms, I know absolutely nothing about this cartoon, these characters or the animated series. I looked it up on Wikipedia and learned it ran from 1985 to 1988. "The show is about music company owner Jerrica Benton, her singer alter-ego Jem, her band the Holograms, and their adventures."


Most of Hasbro's action figures sell for well under $20. There are a few playsets for under $35.

In my biased opinion, this doll has a Pink Box Barbie Aesthetic. $125. Seriously? 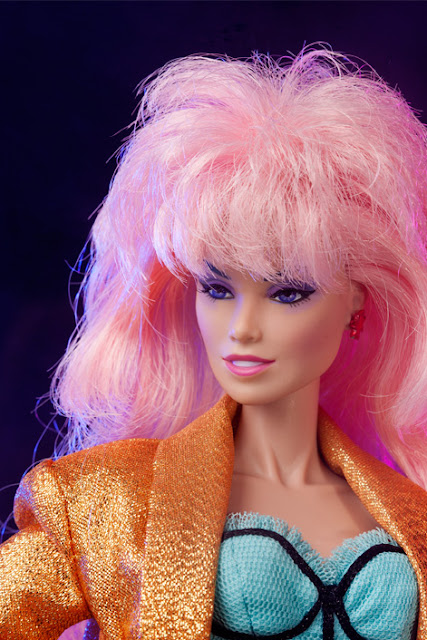